Hi everyone, this is my entry to the CGBoost Ancient Robot challenge

Descritpion:
the story behind my concept, is that an ancient robot was discovered on an underground archeological site, and a temporary lab have been established on site to do some initial tests.

with this project I forced myself to work with Blender 2.8,
I’m not familiar with sculpting but thanks to the new UI of Blender 2.8, sculpting became so easy, for the broken pillars I used blender fracture 2.8 modifier.

EEVEE was of a great help setting materials and basic lighting, used mostly BSDF Principled shader combined with Node wrangler for PBR textures for a fast workflow.
for final render I switched to cycles. 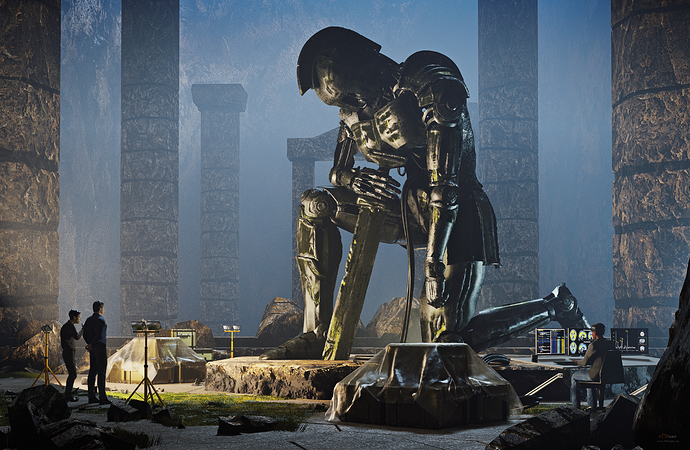