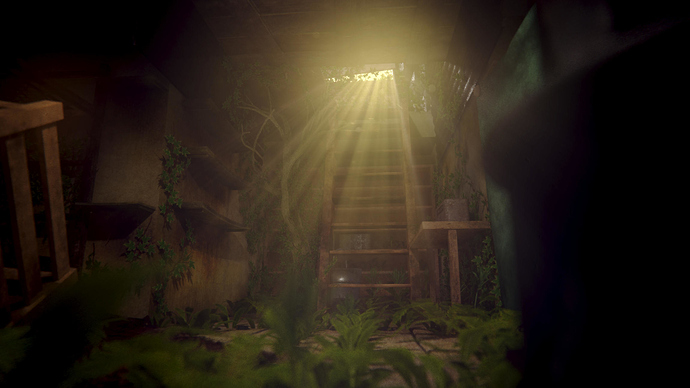 I have worked on the assets for this scene for a long time; the intention being to have it run in real time in either Armory (https://blenderartists.org/forum/showthread.php?393104-Armory-Engine-Feedback-5-Minutes-of-Armory-on-video&p=3099291&viewfull=1#post3099291) or UE4. In the meantime, I wanted to produce a render which gave off the mood and atmosphere that I wanted from the scene. The scene is just under 120k tris, wire frame below: 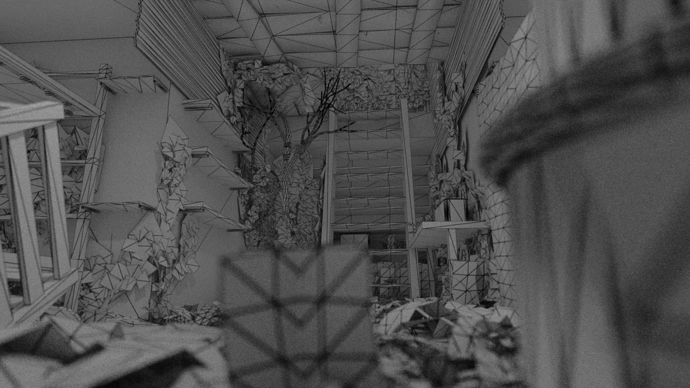 The project has been great for learning work flow and producing high render quality: game-ready models (If that makes sense

) In producing this I created a node set-up which allowed me to render this scene at only 45 samples and keep the levels of noise and grain to a minimum. This node set-up which will be released soon removes inconsistent pixels from the image and replaces them with a more ‘average’ one. It is obviously more complicated than that, but it is what it basically does. I will release this fairly soon, but in the meantime - I have already placed a fire-fly remover on blendswap (http://www.blendswap.com/blends/view/85470) but this is not the final ‘product’, as the final will have a quicker method as well as the blendswap one, and also a black spot remover.

I am interested to know what you think of this…