I had this idea for an android scene and I threw this together in about an hour. Something looks off though. All the proportions match up to my references but it still doesn’t look right. Can you fine people look over this and give me some ideas. I realize it needs textured and all that other jazz, I am just worried about proportions and structure now. I’m not telling you what the rest of the scenes going to be, it’s a surprise!

Oh, and it doesn’t have a mouth for a reason…all part of the plan… 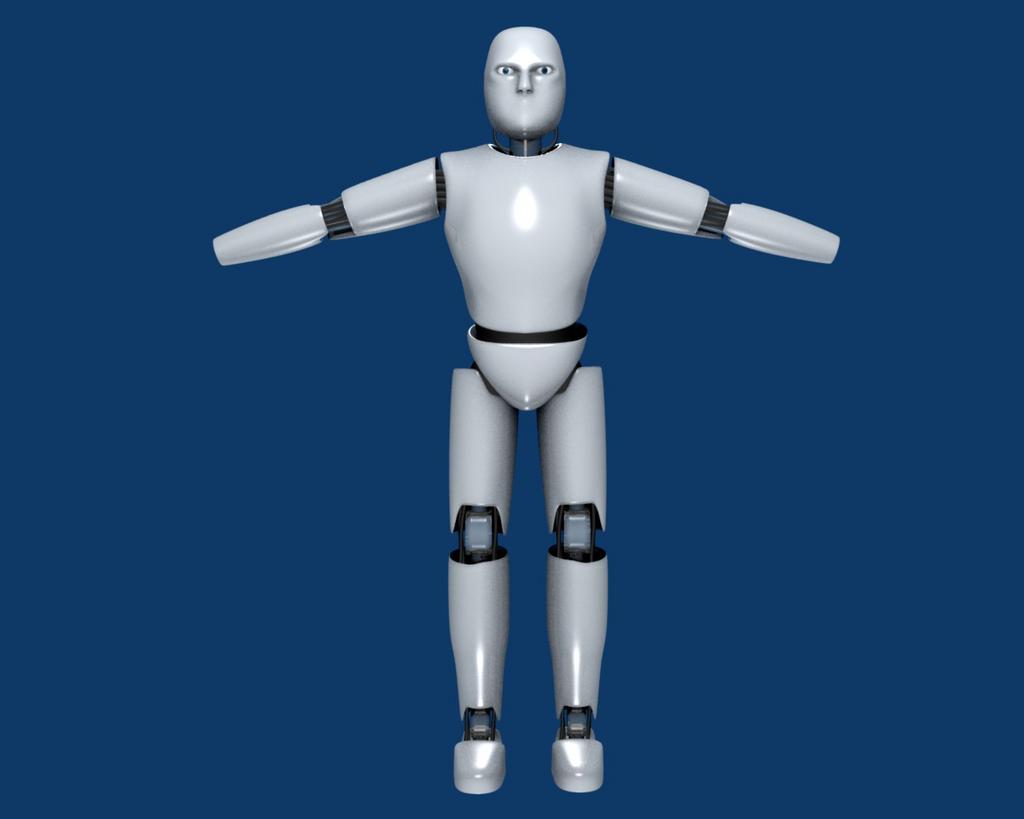 Can’t wait to see what you have planned for him! As for proportions… I’d say the upper legs seem a tad short, and bring in the ribcage area under the armpits. I think once the hands are on there it’ll “pull” the arms out visually and provide a better sense of proportion.
No mouth? Ominous!

I like your concept alot - wish I could model that quickly. Your proportion may fit the standard format…but some body parts need more definition/less tubular - to add more character.

wish I could model that quickly.

I’ll post the unsubsurfed model here soon, you’ll see how quickly you can make something like this with minimal modeling. It’s all in how you control the subsurf hehe. The face took me the longest, I made it so I could copy him to make others in the background and they will have mouths so all the edgeloops are in place! I’m going to beef up the legs a bit and add some definition.

Pulled down the legs a bit, looks better. I also creased in some more calf and upper arm definition. While I am tweaking that, here is the faces poly flow! 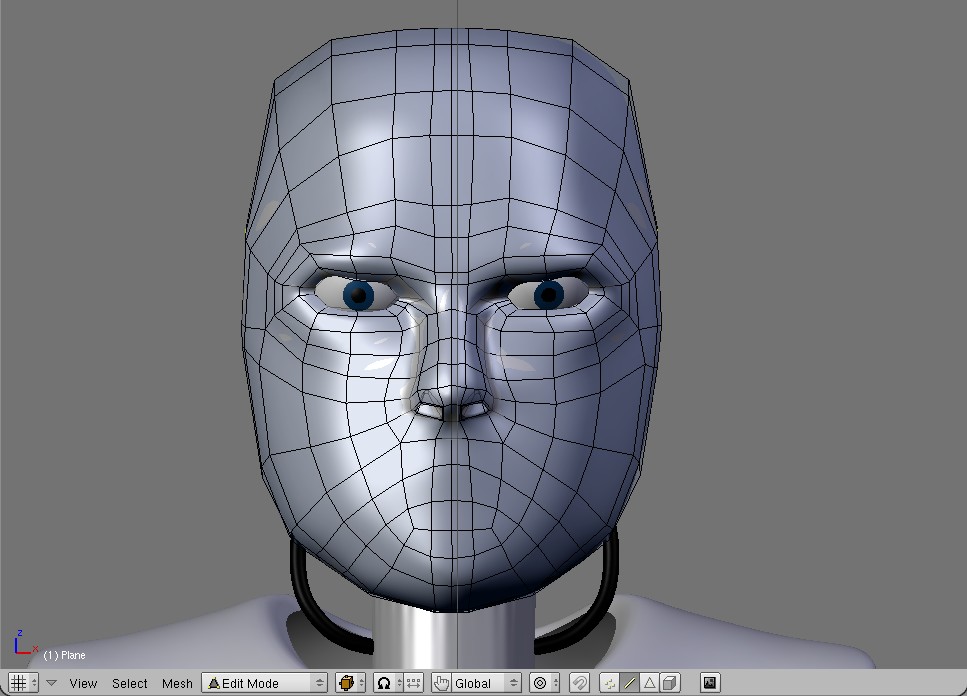 Little update, got some texturing to do and I have to finish modeling the lab, hehe. That table thing he is on isn’t final, just a placeholder. You’ll understand why he doesn’t have a mouth or hands once the image is done :yes: 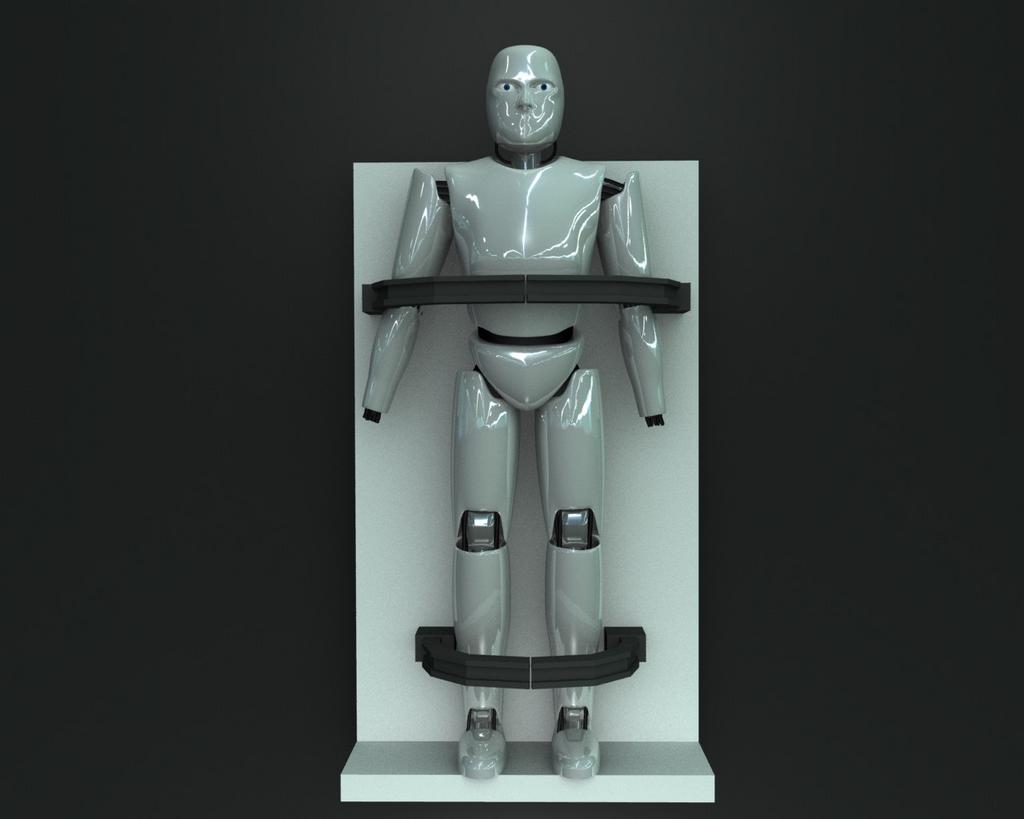 shaping up nicely…the .blend would be great so I can check out your wires/workflow. what is the setup for material?

I’ll post the .blend once It’s finished. Right now I have it lit via 2 lamps and an HDRI Map. I am going to remove that once I get things in the scene. I just have it in there now so the android reflects more than that blue background.

Render Settings:
Yafray - Full
Higher
Everything else is default. I think I am going to do the final render with BI, because I want to use the new glossy reflections on the back wall.

Here is a minor update, simple bump map on the wall, again I will post everything once this is done: 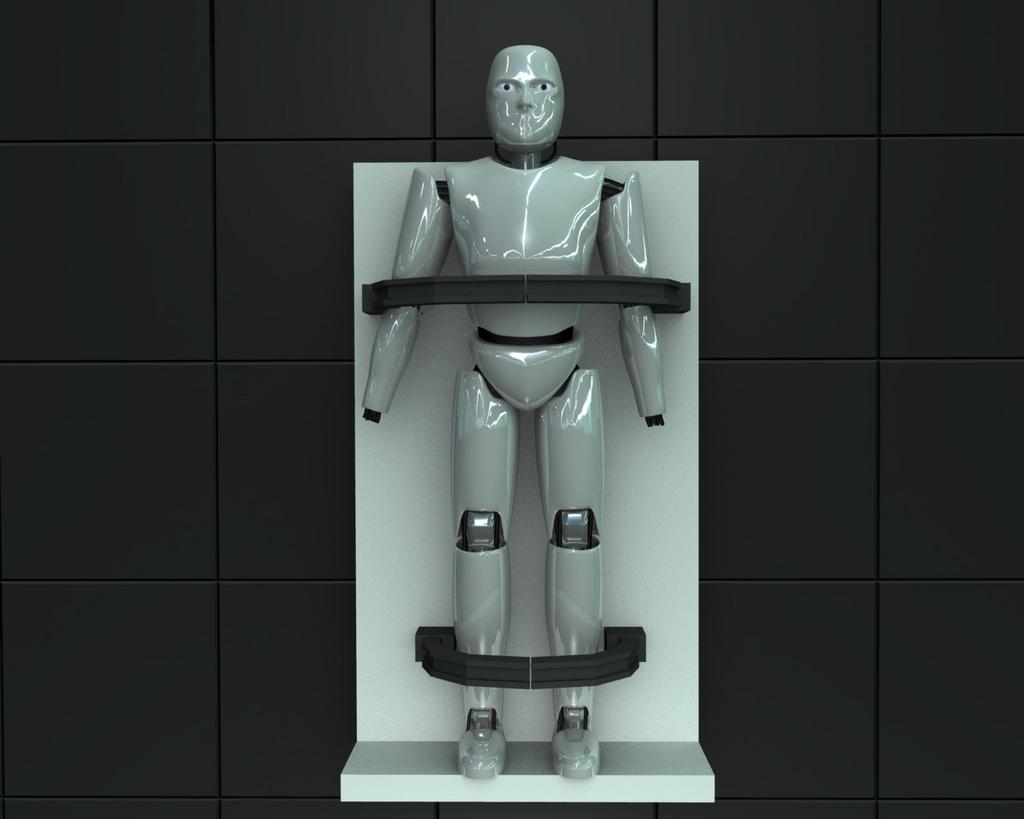 I changed out the restraints to something more technological. I’m still working on them, I can’t get them to look the way I want (any ideas on them?). I switched the color of the walls, black was boring. I also added some stuff to the table/bed/whatever the android is hanging on haha. The HRDI lighting was removed also, I used one in my previous project, so thats enough HRDI for a little :o. I’ll post the blend and all the maps here in a second. I have to upload them to my site.

Edit: Heres the link to the blend and all the maps used, I’m not done yet, but I thought I’d share now: www.nfollmer.com/files/Android.zip 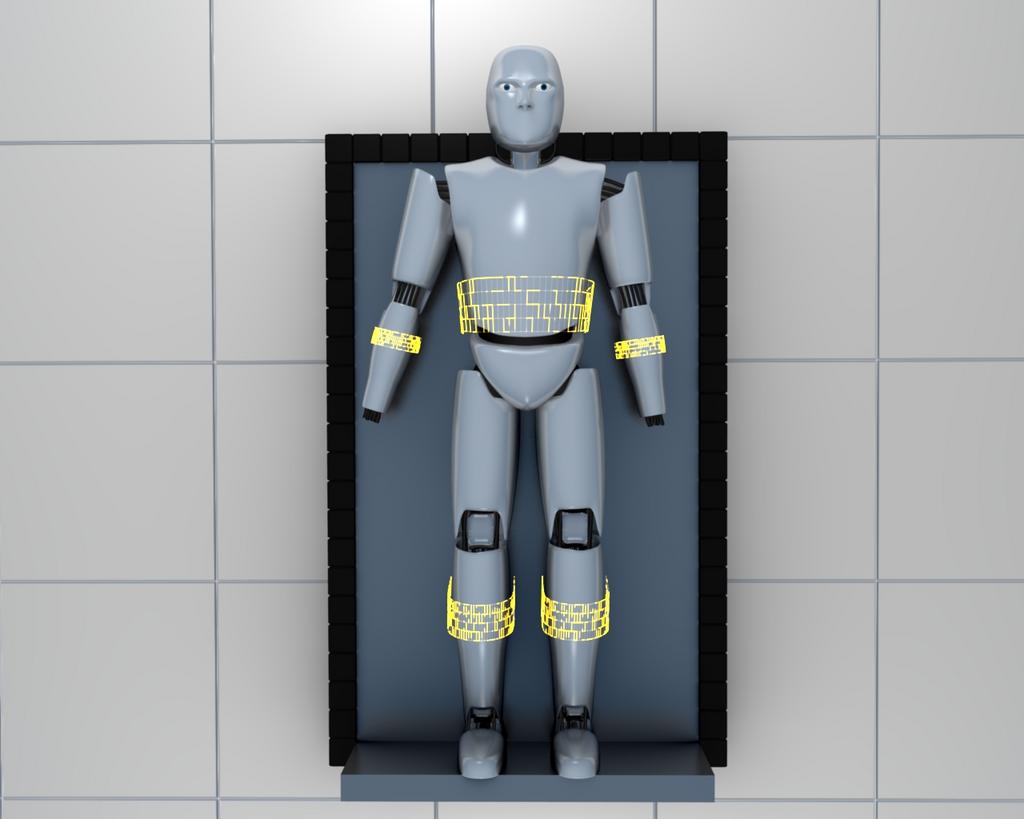 I do like the background better but I liked the specular fo the last image more than this one. The last one gives a more sleek fell to it. Now it looks like it hasn’t been polished in a while. The new restraints has some good potential but right now they are off. Hope you get that fixed and good luck! Thanks for the .blend file!

I do like the background better but I liked the specular fo the last image more than this one.

Once I get some stuff in the scene for him to reflect, it will look better. Thanks for the comments, I am trying to get the restraints to look right but its hard hehe.