I’m working on the landing gear of an airplane: 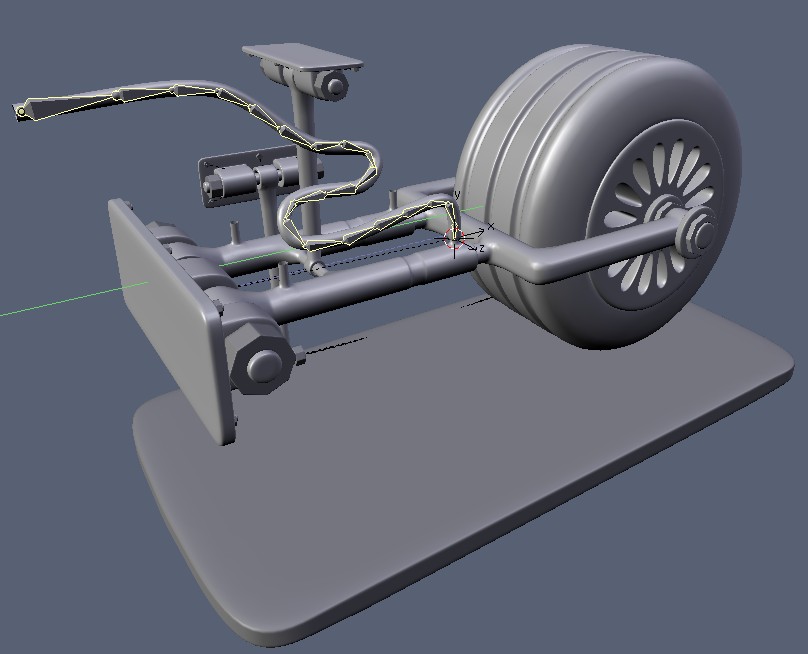 I want to be able to animate it, and therefore I have added an armature (set to x-ray in the screenshot) to the hydraulic fluid hose. The problem is, that I can’t control the way it bends, and therefore it passes through the landing gear.

What is a (good) way to fix this? How can I control how the armature, and therefore the hose, moves?

it might be easier to use a beveled curve
then animate the curve with hooks?

Oh yes, hooks. I haven’t done any decent animation with all the new blender features, so I forgot about that option. I’ll look into it.

Then I’ll have to look into actions, because it would be convenient if I can have an action “extend landing gear”, which takes care of everything: hoses, wheel location and bay door. I don’t know much about actions yet, so I’ll have to see if that’s possible.