Animating a texture of a mesh with a shape key and no UVs using an empty?

I want to animate a texture using an empty similar to how it is outlined in the following tutorial that uses Lightwave 3d: 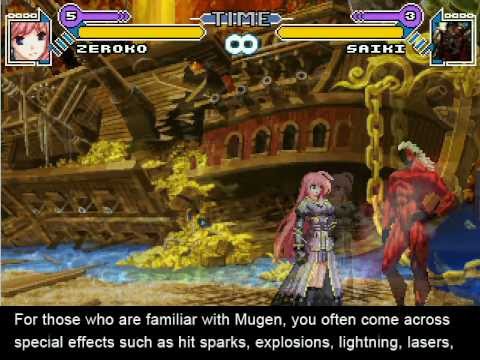 I have a strip of polys that has a shape key and I’m fiddling around with the texturing but I can’t mimic the result that I want as in the video. The texture won’t deform when the shape key is at 100% and I can’t get the texture to clip (it just keeps repeating). The mesh does NOT have UVs and I’m hoping that I can get it to work without UVs, too.

Does anyone know how I can set this up? (Hopefully, both with and WITHOUT nodes)

I’m sure that it’s something simple but I just am still an amateur when it comes to texturing in Blender.

Thanks for your time and assistance.

I don’t think you need the empty!

actually autotexturespace off
and then you move the texture with location y!in this example a noise 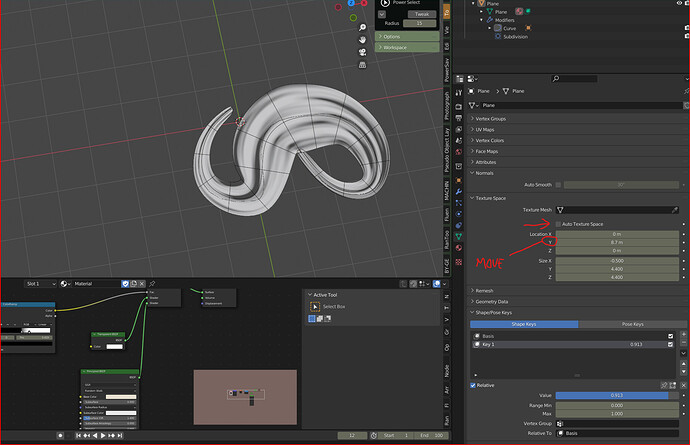 My model and texturing set up was different than yours but I managed to get it working. The reason that I wanted to use an empty is that I wanted to ‘eyeball’ it rather than going into the Texture Space menu and fiddle around with the numeric values individually. Just picking up an empty that is linked to the values then moving and scaling it would give more control.

Anyway, there is still the problem of the texture repeating itself. I don’t know if it have something to do with my texture node set up (IE using box mapping as in the image below) or I am missing a setting allowing the image to ‘clip’ at the edge. 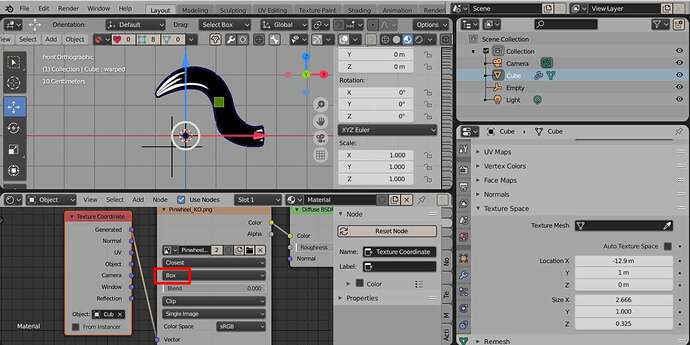 But, so far, thanks for the info. I still have the other half of the problem to solve.

I also had another problem with the texture not warping with the shape key after reloading the scene but I found out that you just have to set the shape key to 0%, select another object in the scene, reselect the original mesh object and set the shape key back to 100%. This solved the issue for me. I’m using 2.83 so this issue may have been solved in later versions, though.

Thanks again for your help for before, walt1.