I used to be able to animate the movement of objects between layers very easily with Blender 2.4x. But while I can now animate which layer shows (which is awesome) I can’t seem to find a way of animating objects moving from one layer to another in 2.5x. All my internet searches only pull up 2.4x stuff, or earlier. What am I missing, or is this no longer possible?

It isn’t possible at the moment, I don’t know whether it will be brought back. The alternative in 2.5 is to animate the restrict visibility and restrict renderability of the object. 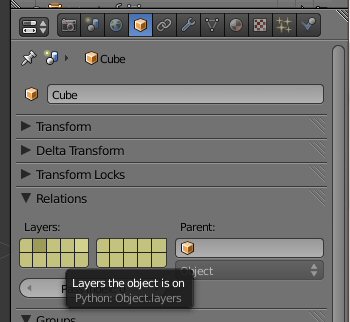 Richard, you are fantastic thank you. I figured it had to be possible since everything is possible to be animated now,but I couldn’t figure out where it would appear to start the process. That is perfect. You have saved me hours of “work-around” time.