Another project wrapped up and send off to youtube.
I did this project together with my older brother before I went to college and moved out of the house.
We really had a lot of fun while shooting the footage and building the castle was a true joy for my imagination.

All critique is as always welcome! Honest true critique please, I don’t mind harsh and honest

I still need to learn a lot.

The model of this castle is available on blendswap (after it has been approved by the moderators) so feel free to take a closer look.

Here are a few WIP’s on the modelling:

Please Enjoy!
(Me and my brohter did while making it) XD 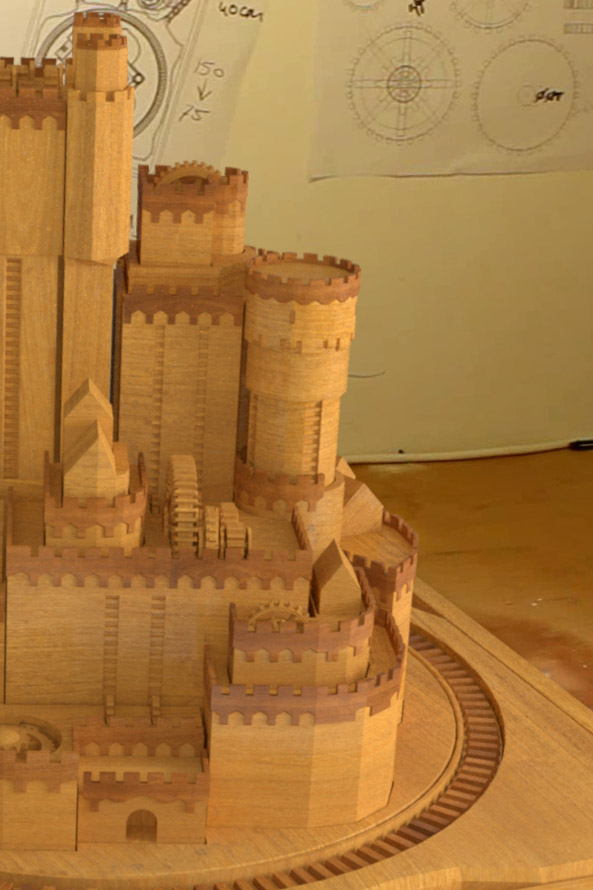 This is brilliant!
Absolutely fantastic work.

Great work yet again. What’s in store for part 4?

Great work yet again. What’s in store for part 4?

I think this is the last expandable castle I will be making for the time being XD I realy have very little time to spend with blender of late and I want to focus on something different XD the last 3 months these castles have been all I’ve been working on for myself… time for some new challenges! muahaha.

so excellent! congrats on an amazing job. I’ll be downloading it from blendswap to see how it was all put together:)

Do you think it could have used some more AO to darken the crevices a bit? It would match how deep the black is where the table meets the wall. Just a little constructive criticism, which isn’t necessarily correct, just a thought.

Want to have some trolling fun? Put it on Youtube and don’t give away the fact that’s it’s made in blender and watch an argument build up on the existence of such real working castles.

I remember once coming across a blender compositing exercise where someone had ‘shot’ a chupacabra in his backyard. Even though he had clearly explained in the description the making of his video, it did not stop people to jump off from their chairs at the ‘proof’ of the existence of those creatures.

Awesome! You guys must be proud of your creation.

Thank you all for your kind words and critique!
@ Comeinandburn: Thanks for the critique, I experimented to quite the extent with the AO, but most of the AO that can be spotted in this scene was already in the original footage. I added shadows to the wall behind the castle and the AO behind the caste. but at the front of the castle the light source is quite intense, so to add more AO there would create a very unrealistic black gradient at the front.
But thanks for your critique!

@ Anuraag: That was my brother’s and mine original plan, but in the end we didn’t find it realistic enough to post a convincing hoax.
people can still be fooled since I only reveal it to be CG after the movie is finished. people that do not know Blender will probably not grasp from the title that it is fake. Thanks for your comment!

@ Ben, eagleflyer & spradget: Thanks for your kind words! both my brother and I really appreciate it.

Truly amazing indeed! Stunning rendering and blending.
Very nice idea of showing the model.
5* from me!

Very nicely done, though as someone mentioned you should not have revealed that it was a motion track in this video. (If you remember how Andrew Price approached this with his sinkhole video)
Per my comment on YT, Might I suggest a “sequel” with the castle and surroundings﻿ “painted”? Would requite a whole lot of texture work but would be a nice addition.

This is amazing. May I ask how many samples this was rendered in?

Thanks you all for your kind comments, though honest critique is always welcome too

Wow featured! that’s a first for me

I am kinda stunned…

@DDD yeah, it was originally supposed to be a ‘Hoax-Project’ but since I found it wasn’t realistic enough I made sure to mention that it was CG later on in the video to evade trolls. I like the idea of painting the castle XD I have been experimenting with a lot of different materials while preparing for the final animation and I fond painted wood looked great as well, but we (my brother and I) found that the lacquered wood looked better with the footage that we shot (it integrated nicer). Since I am gonna start college in a mere 4 days and I hope to finish my entry to the BlenderGuru comp. by than I dont really have time to redo the texturing again. but feel free to download the model from blendswap and create a movie of your own with it

Wow thats a great concept and animation…given me lots of ideas:)