Hello everyone!
I have a problem with animation export. I have an animated scene with crankshaft and pistons turning. When I go to export the objects and animation in FBX format there is something wrong, because importing then with another program the animation doesn’t work. I don’t know if I’m wrong in the export settings or the workflow of the animation itself.
Does anyone know the right workflow for creating the animation (and rigging) according to the export, so that then everything works properly by re-importing the FBX file into other programs?

Does this help somehow? 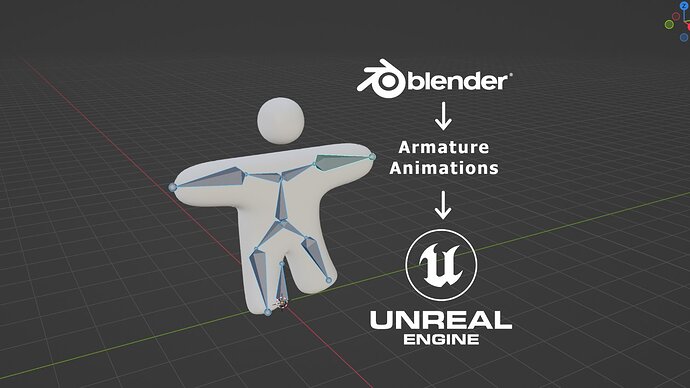 Thanks friend! I will check all the steps described in the link

Following the guide, I discovered a problem on the armor I created for the animation. I can’t apply the scale to the armatures on 1,1,1 otherwise it moves the objects from their position.
I don’t know how to solve the problem

But that is not because of the parenting or something?

I don’t know what it is due to.
I set up the hierarchies like this:

Let’s just take a test. Create a box around everything. Parent all your objects box and scale the box. Does it make any difference?

Sadly I’m the worse person to help with that.

Also, give a look here:

Deformations on character when scaling Animation and Rigging

Maybe that could give you a hint.

I tried the method described in the link but it doesn’t work. I always get the same result

I have tried doing as you say but the objects are shot far away from each other and also some armors, even with scale on 1,1,1 turn out to become enormously larger than the others.
Anyway thanks for the help!

Did you try to separate objects and armature, rescale them separately and then rejoin them somehow? I know it’s a lot of work and with no guarantees of success, but I think we are running out of options here.

I hadn’t thought of that…I’ll try…

Did you try to separate objects and armature, rescale them separately and then rejoin them somehow? I know it’s a lot of work and with no guarantees of success, but I think we are running out of options here.

Doing as you say works: in fact, the objects are not shot away when applying the scale to the armor.
Thank you very much again!

I am really glad to know that.

Now I have everything set to the scale 1,1,1 both objects and armor.
The prblem of bad animation export remains. There is something no nva about the armor parentheses but I don’t know what

animation shouldn’t affect the origins, how have you animated this?