Animation, first of its kind from INDIA

Animation, the first of its kind from INDIA, made using ‘blender’, the marvelous open source 3D software as its main tool.
Inspired from the poem, ‘Poothappat’ written by respected Edassery, the renouned poet, the idea for the story was concieved and realised using animation media by GCK Potti which interpreted that the same ghost is still active in various forms like junk foods, video games and internet attracting children away from good habits including reading.
Concept art and clay modelling of the characters were done by Minesh Kumar, renowned sculptor and animator
Direction, along with the responsibility of camera and lighting were done by renowned photographer-director Ramesh Mekkadu, who had done several short films and documentaries, well acknowledged by audience at various levels. 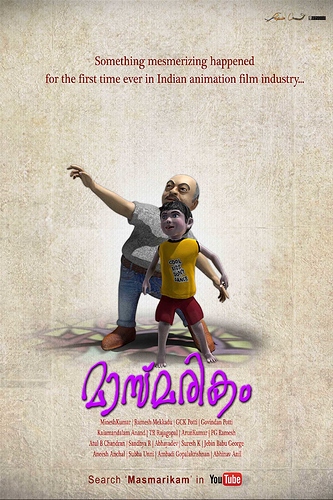 This animation was very interesting. It’s creative and the use of motion tracking was pretty good. But there are a couple of things that made it weird in my opinion.

For the story, it feels like that you picked a certain part and dropped the viewer there. It would have given some clarity on how the boy got there in the first place. More importantly, what led him to his new location. Now for the uncle. At first, he seems to be and okay guy, but then he said something things that was a bit creepy. Was that also part of the poem?

For the animation, it shows good movement, but at the same time it felt like the boy was stomping through mud compared to walking. The scene where it shows the uncle chasing after the boy needs some improvement too in the run cycle. Now for the camera shots, there are 2 spots where you could have kept it as a continuing shot. The first one was on the 41-42 second mark where you could have kept a continuous shot as the boy stands up instead of using a faded cut. The same is said when the boy lands on the ground before he meets his uncle. As the boy goes through the foodie obstacle course, in the very first part, the camera was shaking. Were you trying to mimic the character’s first person view at first?

The texturing only needs improvement on the following scene when they are performing that musical number.
On the musical number, the images that were flying around could be in a better resolution. They were faded and dark unless there was a reason for the images to look like that.

Other than that, as I said before, it was very interesting and entertaining.

Did you ever remember landing on it when you made it?

Ha, oh the places you’ll go cheeseburger. I remember posting it and thinking, damn that’s arguably the greatest cheeseburger in the world. Now I see it for what it is, a halfway decent cheeseburger. It did get a staff pick at blendswap.

I may have to use it one day.

thank you for the kind words XeroShadow
It was actually only my student project but done seriously to my level best.
thank you for photox for the marvelous burger model
I had given special thanks in credits to blend swap for the model.
thank you once again for all blender artists who viewed my work.
I request all other blender artists kindly to see my humble attempt… 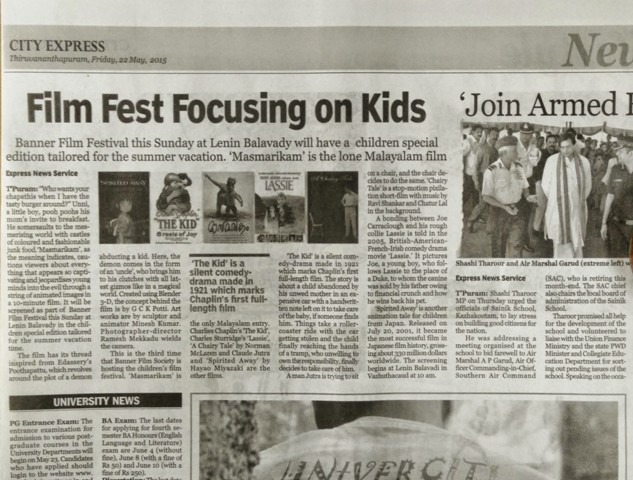 thanks to all blender artists who have seen my short film, and also to those are about to see it
I feel happy to share that my short film was screened in a film festival, the news clipping of which is attached…

This is the progression reel on making of ‘Masmarikam’…