oh man, you should implement an “audio node” input! based on some of he addons out there that do it… so we can have audio based procedural animation!!!.. god i’m so excited!

Hahaha great idea. I implemented a basic implementation of an ‘Audio node’ yesterday

It is pretty basic but already works. It is a node that bakes an fcurve from an audio file and outputs the value

Coming from After Effects motion design, one basic node or effect we use ALL the time is an opacity parameter to fade in/out characters one by one. I haven’t used blendGraph, the new blendermarket-paid-motionTool or your addon but it looks like this opacity option doesn’t exist in any animation nodes addon.
Any idea if that is possible to implement ?

Well it is possible to implement. I’m still trying to find a nice and flexible way to execute nodes on multiple objects.
I already tried some things but failed, because I didn’t found how I can get all nodes that are in a node-Frame…

I just got another idea and will test this now

Thanks for the nice addon! Just played around with it a little bit and it’s already pretty nice. Procedural animation goodness is always welcome!

here is another Video: https://www.youtube.com/watch?v=ds0Z7lw8tw0&feature=youtu.be

I implemented a new way of interpreting the node tree. It is about 20-30 times faster now.

Well Done, i’ve been thinking of useful things, like nodes it should have, definitelly the one that would make it great would be a replicator (in order to make it create the same geometry several times as instances, so they can be spread randomly if you want)
and also in the object output we should be able to output stuff to a group and have offsets for the objects that can be managed via textures and such…
Also i did this animation shown in the pic, but that would have been done much easier if for instance the second object info could grab the data outputted by the first obejct output and offseted that by 1 frame, (much less nodes…) 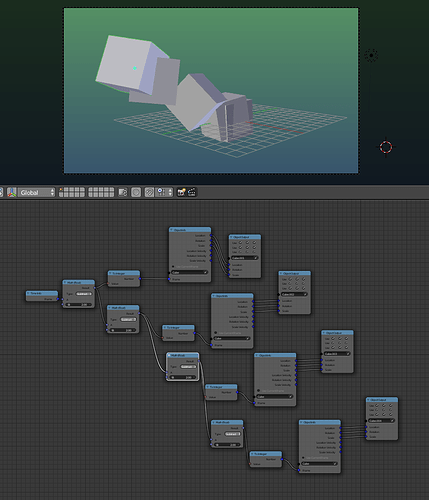 Cool that you tried the addon.
Yep. There some things missing, but I work since last saturday on this addon and this is quite good I think.
As I said multiple time in this thread I will implement a way to have loops. These work like a replicator but are more flexible (at least in my imagination :D)

I try to keep the addon as general as possible to be able to extend it later more easily. Thats the reason why I don’t want to implement a small replicator that does exactly one thing or so.

The rewrite of the ‘interpreter’ made it much easier to code more functionality.

This is great Jacques! Looks very powerful and versatile, keep it up

I love how you can access the velocity of an object!

so maybe someone has a good idea for that

It is along name, “Animation Nodes”, but it is SO powerful and precise in its description!

Oh nice, i like it man, it’s already working great!, just the other thing to make it more “artist” friendly, is to call things like “string” just text… hehe =), i don’t know how we can translate intergers, vectors and floats… maybe vector could have something like RGB on it, interger could be just number, and floats just numbers with decimals… i’m just shooting out ideas… i myself have had a hard time figuring out what each thing is… =)

anyways if i didnt say it before, thank you , thank you so mucha and great job, i’ll help you out in anything i can =)

I had the first loop running

the same effect that I did in the video but with an object group
But I have to clean this up a lot before I merge it in master.

yep. It is a chaos at the moment with these names

I will handle such issues when I think that the core is ready.
You are welcome to help out

I don’t know if you know github a bit. Maybe you can create Issues in my repository with things you find helpful. This would make it easier for me to adress all those small changes.

where do i put it ? issues?

Hi ! Just dropping by the thread to say how much I am impressed ! Jacques, your contribution to the community is unvaluable !
I begun to play with your addon in the afternoon… now it’s 03:30am, and I can’t stop. Antidote please !!

@electronicpulse: I think you have to make an account on github first. Then you can go to my Project page and click on ‘Issues’ on the right. 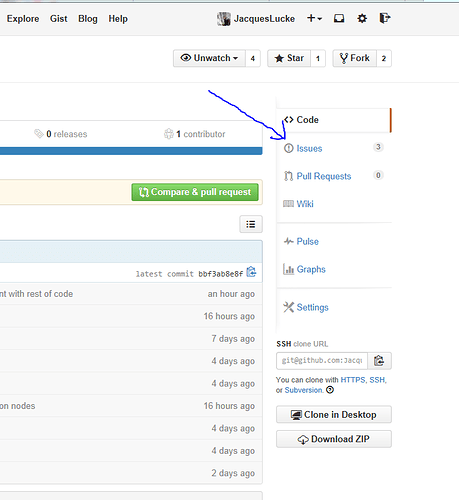 There you should have the ability to create a new issue 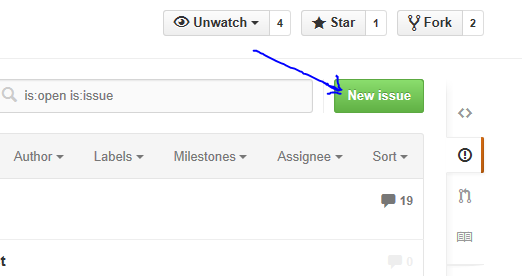 rasper implemented some new math operations for the math node. Thanks for that.