Just an animation I thought up. The characters and surroundings are made out of building blocks. This is the main character. Just an easy to animate design, where it looks like shapes are merged, they just go slightly into each other. Story:

Building block man A sits on patio.
Realises things are a bit quiet.
Goes to front of house, notices the street is empty. (May have litter blowing across.)
Goes to town square. Wonders where everyone is.
Notices a pile of lumber.
Builds lookout tower.
Uses tower to find others. They are walking towards a cliff like lemmings (Symbolic of destructive fads, like drug abuse)
Builds bike, goes to the cliff.
Convinces one guy (Char B)to come back and build with him, but first they go to help the crowd.
Each ‘saved’ person convinces one other person.

WORKFLOW OF SAVING
Char A saves Char B: 2 safe- Char A and Char B save Char C and Char D: 4 safe. All 4 save chars E,F,G,H - 8 saved ETC
all people go to town to build things.
Time goes on, stationary camera invented. Used to take pics of other chars.
More time, town hall gets a renovating. Camera (Which by now has progressed to video cam) records opening
Continues on with all sorts happening, everyone is doing something constructive, Village thrives.
Movie ends zooming out of the town, to reveal how much has improved.
END OF STORY
The concepts are simple, but sound like fun to animate. Construction in tghis is presented as an anti fad, where the appeal is not that it’s the cool thing, but that it encourages individuality. Will make in blender and Post Produce to get subtitles. (No voices)
Here is the first version of Char A (Still needs hands, nose and eyes (which will be shape key’d)): Update: Added face. The eyes will just be hollows that will change shape to denote emotion.
Crits please. 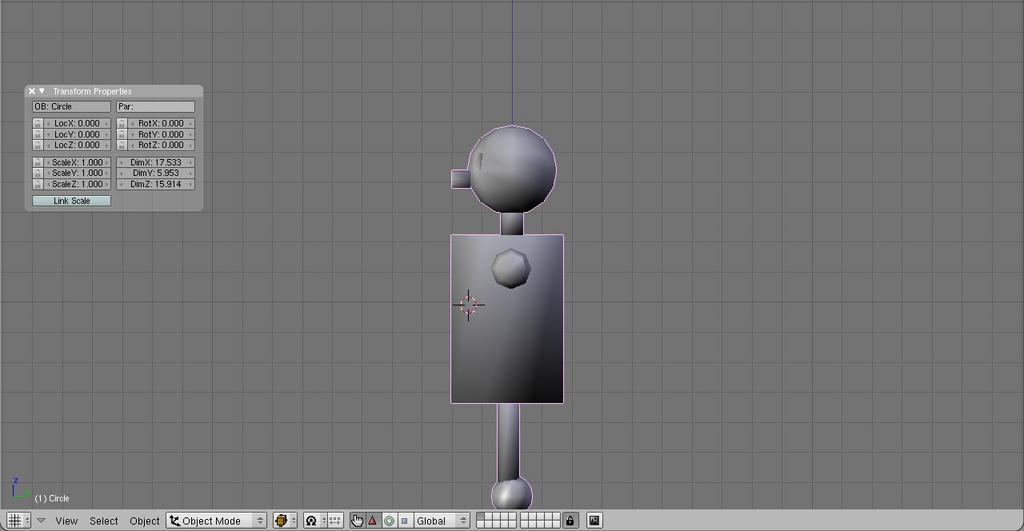 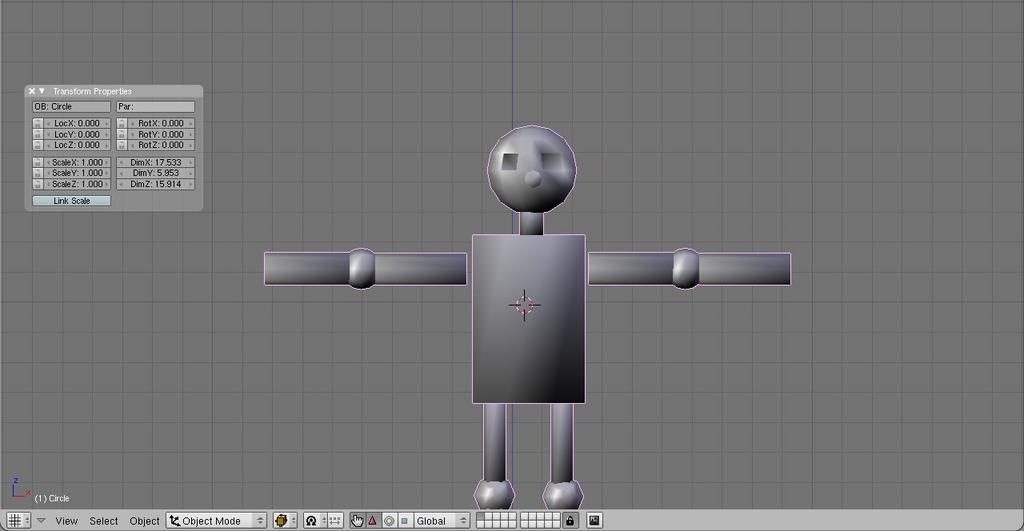 Help with materials. I select the nose, create the material, and it assigns it to every face on the model. What am I doing wrong. I go Edit Mode Vertex select Ctrl-L to select the linked vertices (only the nose in this case) but it when I create a mat it always thinks that I want to assign it to the whole model. If the nose works, then the next material ruins it.

Finished first model. Added shape keys for the eyes, and coloured the mesh in. Here’s my handiwork. Please C+C. Just have to armature, then test. 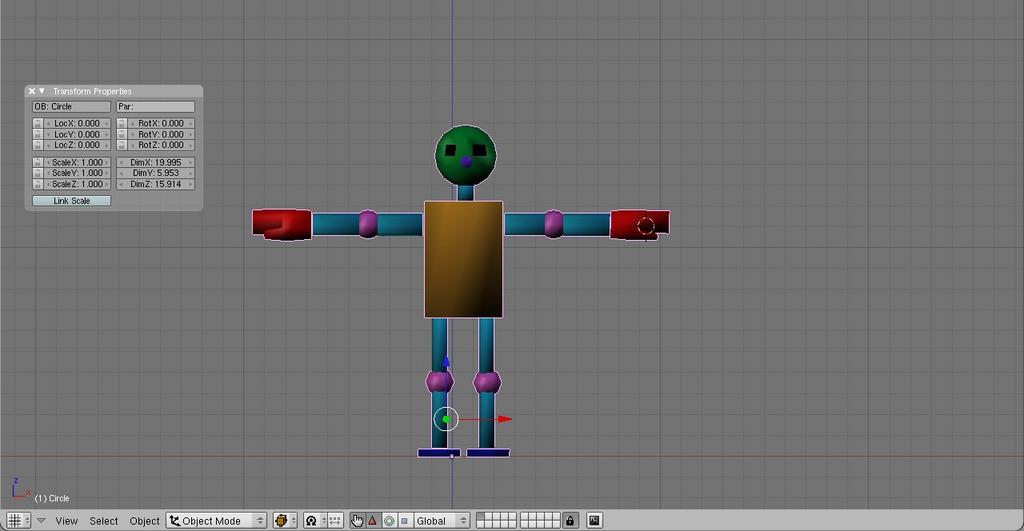 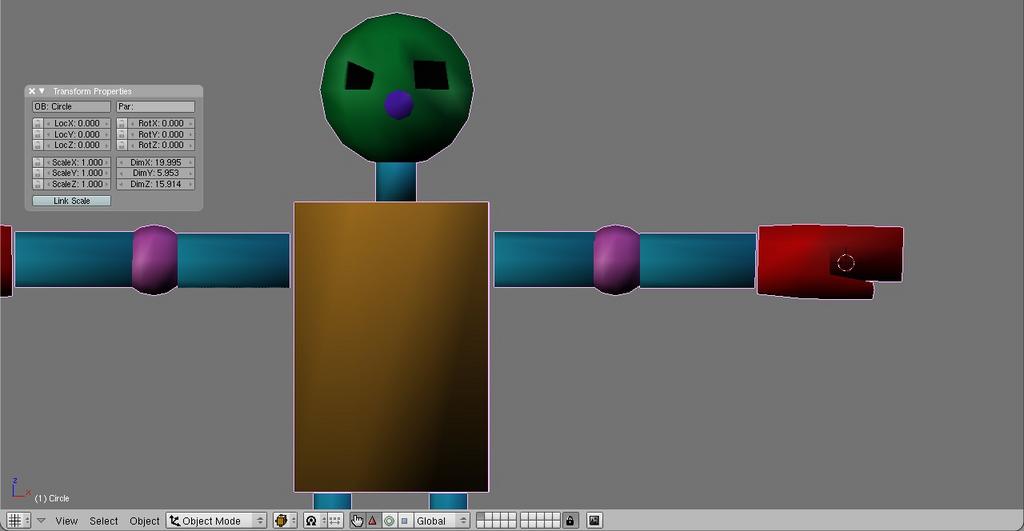 Here’s an update. Made a chair. Moved and scaled the blocks to assemble the chair with SHIFT-D, then combined them into one model. C+C Would be appreciated. 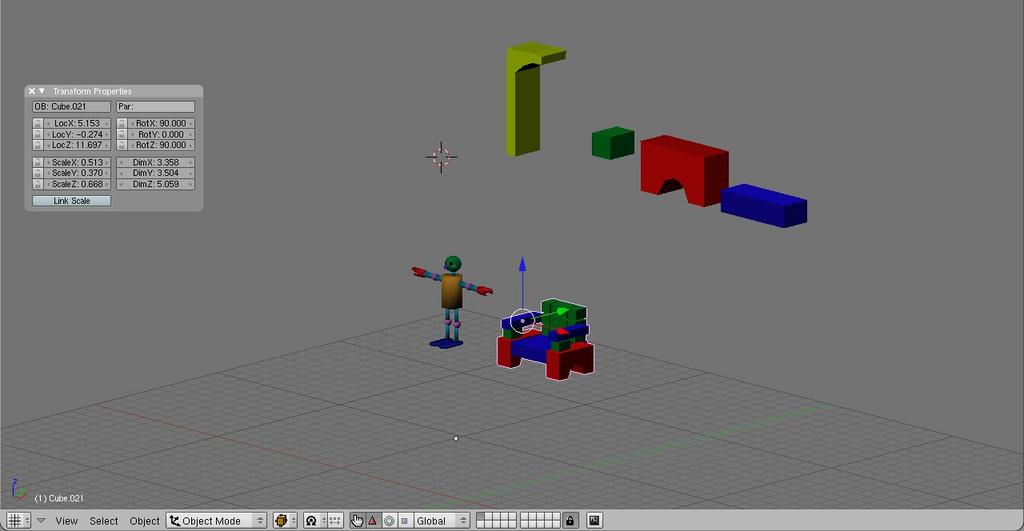