Hi, my name is Adam Snowflake/Sam Cohen. I run a company titled Braincake Production LLC. We are currently working on a video game for charity that needs 3d models and animators. Right now we only have three 3d modelers including myself, and we’ll need more.

This game is titled Chibi Brawl, and 100% of All it’s profits go to charity. We’re in contact with a major charity right now however they have yet to get back to us. Shall they choose not to work with us, we’ll pick a non profit organization that helps one of the following causes.

The game is titled chibi brawl and brings different characters from different franchises together for the project. The game is a visual novel meets 3d Brawler. It has a racially diverse cast, as well as occasional lgbt themes. But generally their is nothing inappropriate for kids in the game. The topic of whether or not lgbt themes are inappropriate for children is not the point of this discussion and shan’t be commented on by my company at this time. I simply stating that their will be no need for adult content to be modeled.

We are using a model from Blend Swap to make things easier on the modelers.
It has an internal render which we need fixed but other than that, and a few minor changes that need to be done it’s all ready to be used for our game. It’s fully rigged. We also need animators to work with the 3d models, right now we have 1 animator, myself for the cut scenes. This is a slight issue.

So far we’re still discussing most rights to characters however we know that Sherlock Holmes from the book series , and Vallerie from Magical Warrior diamond Heart will be characters in the game.

Shall you agree you may be asked to do the following:
Model sets, and or chibi’s depending on your skill set
Use 3d models to create cut scenes and simple character animations (for animators)
model clothing and hairstyles for character customization.
Model characters with pre-existing designs.

Below is some sample shots of the work we’ve done so far as well as some character designs: 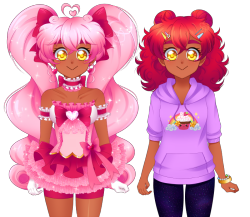 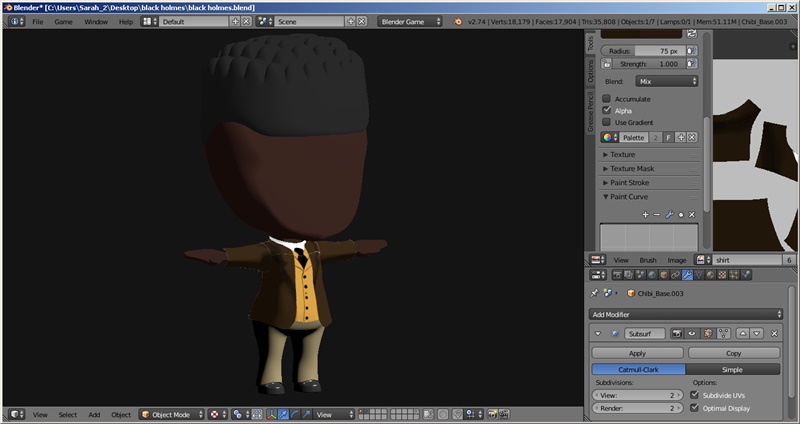 We have a website www.chibibrawl.wordpress.com
Please email us or Pm us if you are interested at [email protected] thank you for reading.

UPDATE: Linnkara from Channel Awesome, and Atop the Fourth Wall, will be in the game. Here’s a custom image of his chibi. 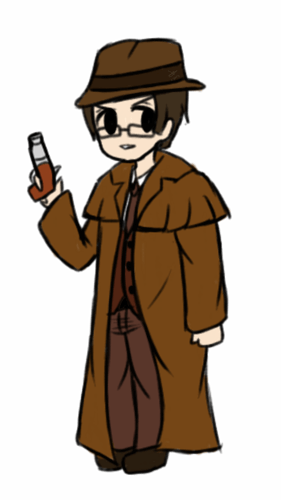 I see that you all are tackling big things. From what I searched you all are working on a game that is called Mermaid vs Plants, The Holy Bibble Webcomic, and also this.

We have actually have different teams per project. I oversee most of them however.

We have different teams per project, however I oversee all of them given it is my company.

I am an artist currently working with 3DS Max, and working for charity seems like a good idea
im not sure if my particular art style will fit the game, but regardless, here are some links to my works:

please do let me know what it is you intend.

We need artists to model both the characters and background scenes. If you can convert files from Blender, you can definitely be of use to our team!

UPDATE: Our last modeler recently left the project do to unknown reasons. We are officially out of modelers. The project is still very much going on so if you have any interest please email us at [email protected]