I mentioned Matejko several times, but he is not the only big name of Polish painting. Another one is Jacek Malczewski, a disciple of Matejko’s. Malczewski, who has a street (Malczewskiego) i.a. in Szczecin, represented romanticism and symbolism in Polish painting. His symbolism, just as Polish romanticism, was dominated by patriotic tendencies since our country was partitioned then. Malczewski, too, was known for his numerous self-portraits and putting himself in his paintings.

As you can see, it’s always pleasure and duty. 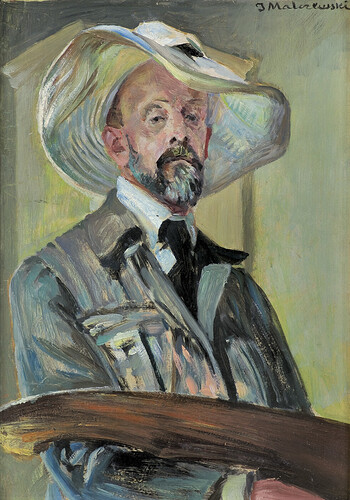