I should have taken advantage of this forum when it came to projects and WIPs but unfortunately my ignorance got the better of me. Anyway, to bring you all up to speed, I am currently working on (on an off-and-on basis now) an anthropomorphic character; a female kumiho named Ecilam (backwards for Malice…though I am now doubting that’s an appropriate name for a kumiho). So far, I started off with a rough digital sketch here (modified in Adobe PS to make for easier modeling):

Then, trying out dynamic topology feature in the sculpt mode, I roughed out a head model seen here: 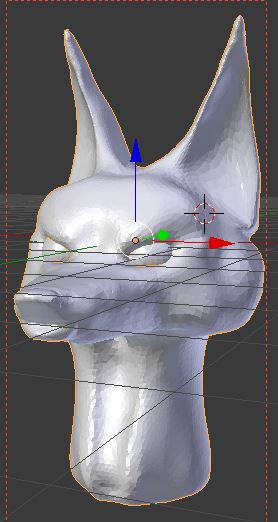 Then, after experimenting with a hair particle I decided to mesh out the character’s hair to make for easier and faster rendering. Not to mention that I am aiming for a comic book effect which, at the time, I was using Edge post-processing which didn’t really mix well with hair particles. Eventually, after modeling the character’s hair and wooden holders I retopologized the character’s head (a very long process, which I don’t think that I did a very good job at since this was my second time doing it) to drum down the number of vertices.

After browsing through blendswap, I came across mahadma’s Female Furry Body and decided to stitch my character’s head to that body (another frustrating process since the retopologized neck didn’t have the right number of vertices).

Finally, after adding fingernails, eyes, eyebrows, eyelids, tail etc. I am now wondering if I should scrap my entire project, come up with a better reference sketch (I’m not an expert illustrator) and edge model, rather than box or dynamic sculpt, the base mesh for my character and proceed from there. Heck, I didn’t even add in the tongue or fangs yet and I am also planning on rigging this character in the end. To aid in anyone’s judgement, here is the latest blend file: 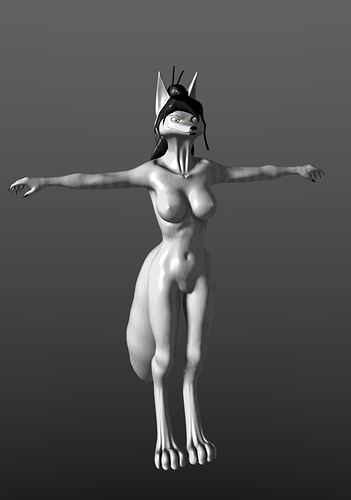 As a final note, I got the “original” idea for this character from reading SCP-953 and decided to make a composite character based on her (Hellsing’s Alucard and The Darkness Demons being two, vague, sources). Also, and this might be really pushing my own skills as a 3d artists off the edge, if not then on it, I plan on giving her multiple demon tails (again, this is from The Darkness) which would also be rigged.

Right now, I just want to know, especially based on the head’s topology and look as well as the original drawing, should I start over with a new drawing and model?

For some apparent reason, my sketch image is not displaying properly in the first post, so I am reposting it again here:

Also, I know that one side of the front face is distorted, but since I was using the mirror modifier, or its equivalent in sculpt mode, it didn’t really matter.

I’m basically raising this thread from the dead so…

After starting off with a different head style from scratch, and consulting with other blender users, I am up to this point here: 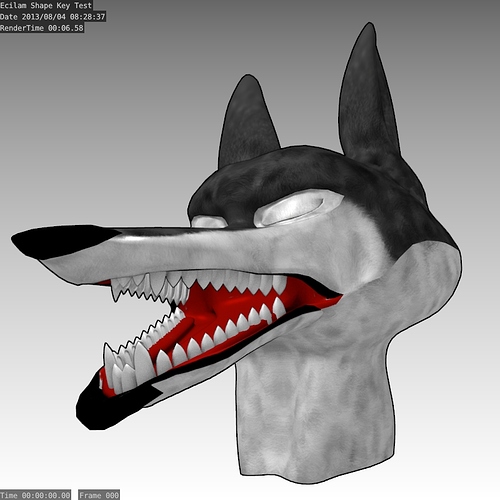 And yes, I know it looks too much like a wolf with that fur color but that is not what I am concerned with. Even though I may go through the UV texture and touch it up in Adobe PS, something else is sticking into my foot. From the tip of the bat, the seams for the eyes and side of the cheek are clearly visible and when I tried to soften or smudge the textures in texture paint, nothing happened. Here is my current .blend file: 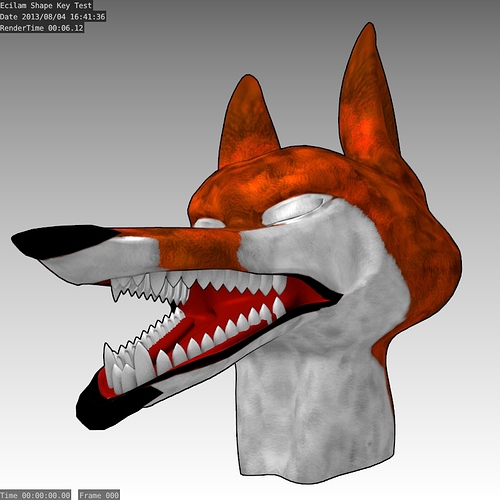 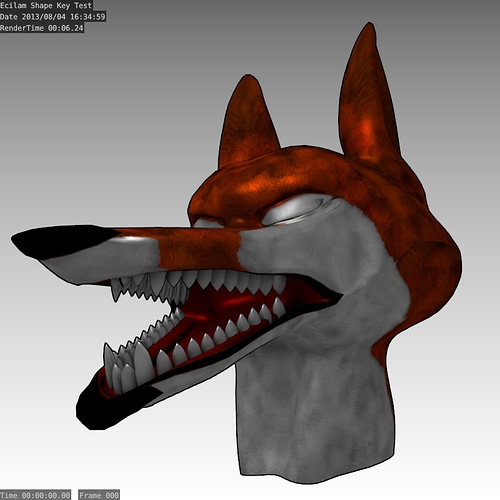 Alright, for some reason I can’t delete that second image on the bottom.

The character is stitched to a body with ample UV texturing but my main concern is the oddity in her neck. I’ll post the .blend file on pasteall.org (though just to let you know the silk cloth is gone so be aware that nudity will be present. Plus the .blend file is 16mb large):

Also, should I use shape keys for the face or try and use bones instead?