Anti-Modifier? - Or partially exemting the influence of a modifier onto the mesh.

I´m developing a windshield for your bike handlebars. A half spherical shield with a simple screwable mount which will be fixated on the inside of the grips.

The shield came along well and the screwing mechanism as well but now that I want to put them together I´m stumbling into problems.

I cant really join the two meshes because the Solidify of the shield would completely deform the mount. (I already exemted the influence of the subsurface with shft+e) 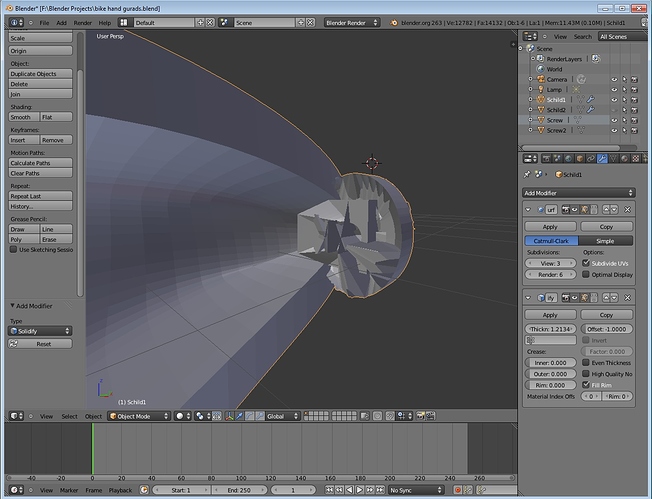 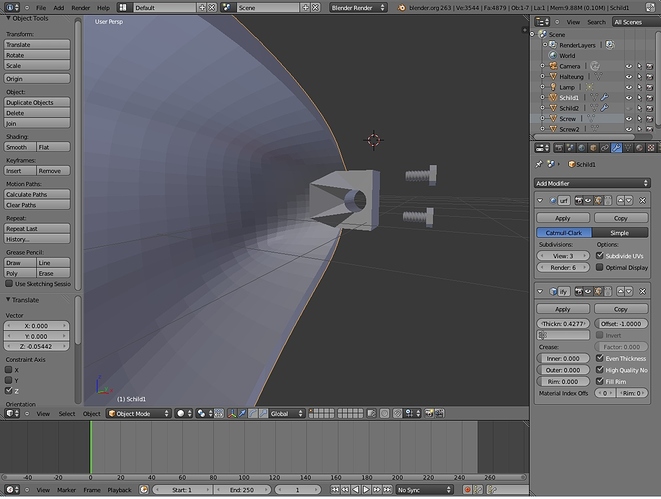 you might try to add a lattice to modify the thickness!

Stupid question: why not just use Vertex Groups?