Hi,
i’m currently working on an antique chest of drawers. Here is what i got so far: 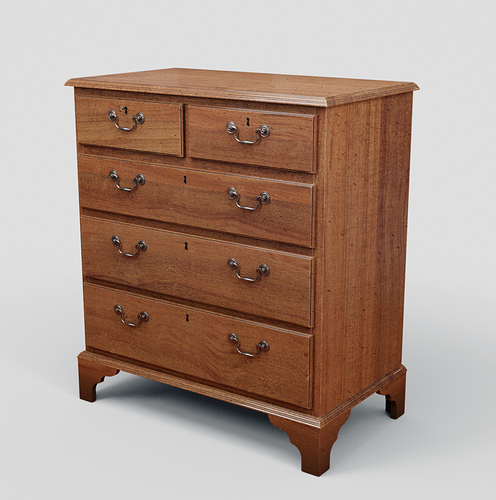 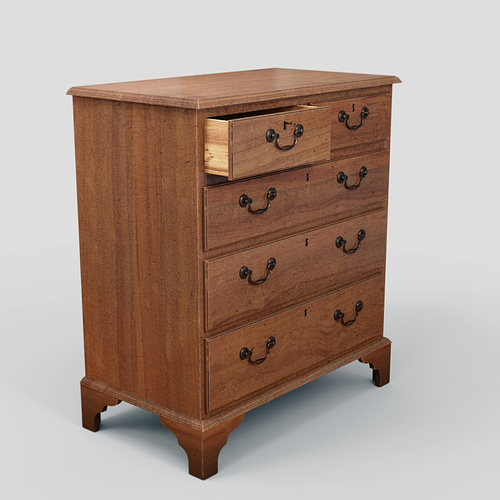 I’m quite happy with the shapes and the wear, but it feels to me that the texture scaling is a bit of. What do you think? Is there a way to “measure” if a texture is on real life scale?

Any suggestion would be helpful. 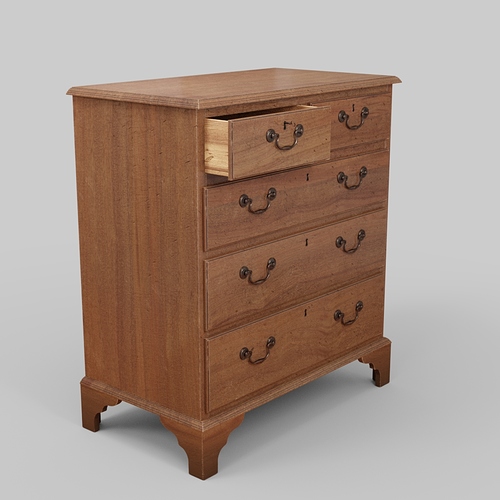 The first drawer is a bit discoloured

The wear on the texture is OK (though I’d expect more grime), but the edges are too clean for an antique. You need to rough them up a bit. Nice start, though.

I feel like there is some weird shading on the feet, though that could easily be due to it being on a sterile background. Other than that I think it looks nice. The environment it is used in would determine the level of dirt/damage so in its current setting it is perfect imo. You could maybe rotate the handles a little bit so they aren’t all so square but that is really just fertling, I probbaly wouldn’t even suggest it had there been anything else to comment on. Nice work.

You can also add some dust to your model using this tutorial of BlenderGuru: