In Openscad, there’s this site:

through which “anti-stellations” in this case
an anti-stellated dodecahedron can be created. 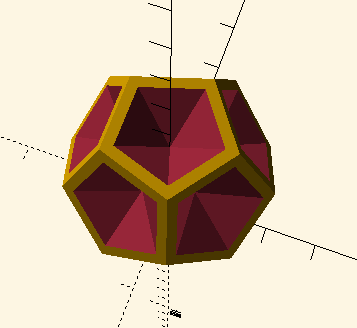 On any polygon it would be possible to Alt-P (in Edit mode)
to create a collection of points converging in the center of
a face. Is there a way using, I don’t know, inset, extrude, or
the G command in conjuction with other settings to select
similar faces and pull them inward rather than outward to
create such an anti-stellation in Blender comparable to what’s
shown?

I know it can be done in Openscad. How do you do the
same in Blender? Or can you?

This should leave you with only the “poked” vertices selected, which you can now scale inwards or outwards.

Yes we do.
Alt-s and Extra Objects are the keywords.

I think I figured out Stan’s directions.

Eppo, playing with Alt-S, I get some really
unusual and interesting results but, nothing
that mirrors your example.

Same thing? Or no?

Also noticed that, applying Alt - S it gets me to Stellation
too, which is kind of cool.

You should give Topmod a try, it’s only a two step operation, just remesh and extrude. 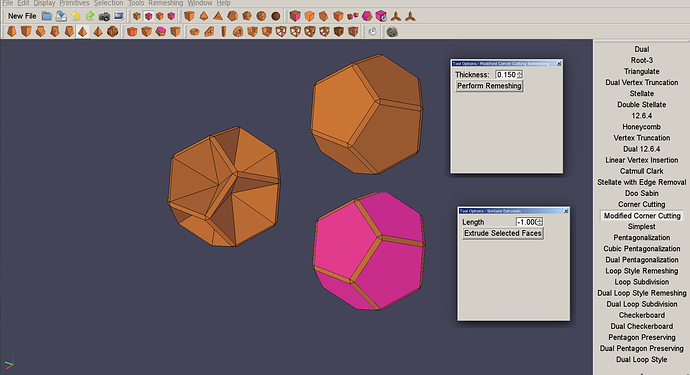 Will keep in mind.

Also, hard to tell from the image, it’s “Stellated Extrusion”

There’s a LOT of Extrusion options.

Tried your method on a rhombic triacontahedron (also in Math Functions / Solids / Custom). 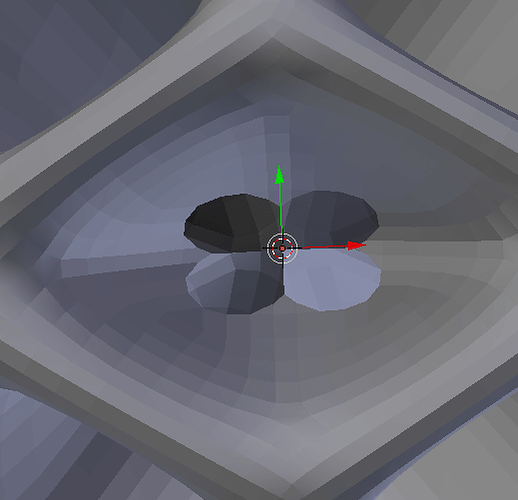 Safe to say, the settings require some tinkering from one polygon
to the next?

eppo, figured it out.

Inset was the key. 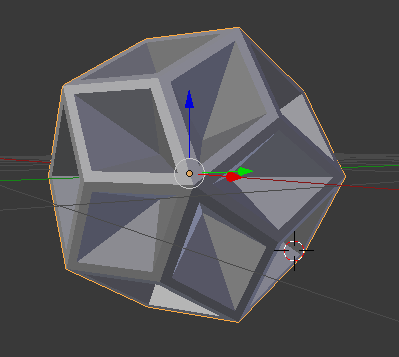 So, here’s what I did based on Stan’s and eppo’s input:

An antistellate Rhombicosidodecahedron (RID for short)
done using these methods. 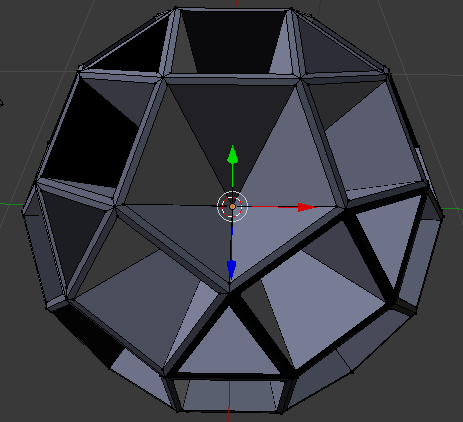 <font size=“1”>Ouch, these time zones… I saw once a proposal for returning to something Flat on Three Whales or Elephants (not both species for the simplicity and Cost Estimate) for the Blender’s users.</font>

Just briefly- instead of using Inset on faces i started from Ctrl-B bevel on edges. Alt-s or s likely doesn’t matter here - in the default state (3d cursor at Origin) scaled verts will go center anyways.

Proof once again, with Blender, surprise!

There’s more than one way to get things
done.

Didn’t think to try Bevel. I was keying in
on Stan’s tutorial.

Tried Bevel with a dodecahedron. And Alt-P
after that. Couldn’t then figure out how to
“Select - Similar” the center vertex.

Not so troublesome when working with a dodecahedron
or something with few sides. The more complex the
polygon though, the more work that’s involved in that
case (unless, once again, there’s a shortcut I missed -
NOT out of the realm of possibility).

Not sure if it makes a difference.

My Inset settings when I use it are:

Indeed, many ways to skin a cat.

It seems to hold up.

Just wanted to put that out there.

Not sure what my problem was.

Perhaps the application of Doo Sabin.

Although, while your method is easier, it seems easier in
Blender to adjust the edge width while maintaining overall
object integrity.

Course once that’s done in Blender, it’s always possible to
export to OBJ and finish it up in Top Mod (or vice versa).

I see you like these math shapes hence I suggested topmod , not because it’s easy to make it there.
In topmod you can create some cool abstract models .

Now I give you a challenge to make this voronoi twisted torus :), are you up for it ?. 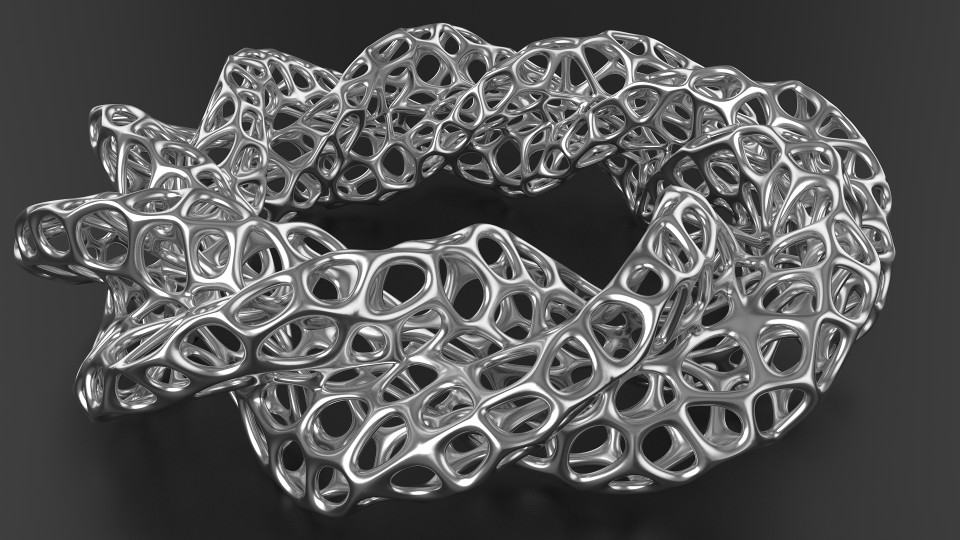 eppo, updated my process to include this: