I recently got into Blender, and I’ve been trying to work my way up the food chain of difficulty. For my latest effort and first WIP I’ve decided to try and create an Antonov 225. My aim at this stage is simply to create as accurate a model as my skill permits (I should point out that I’ve been using Blender for about two months, and I’m a programmer by trade :eyebrowlift2:).

The reason why I chose the 225 was because it’s a unique plane, and it didn’t hurt that I was able to find a lot of good reference material.

I’ve attached what it should look like and where I’m at, so it’s early days still. Any tips will be greatly appreciated. 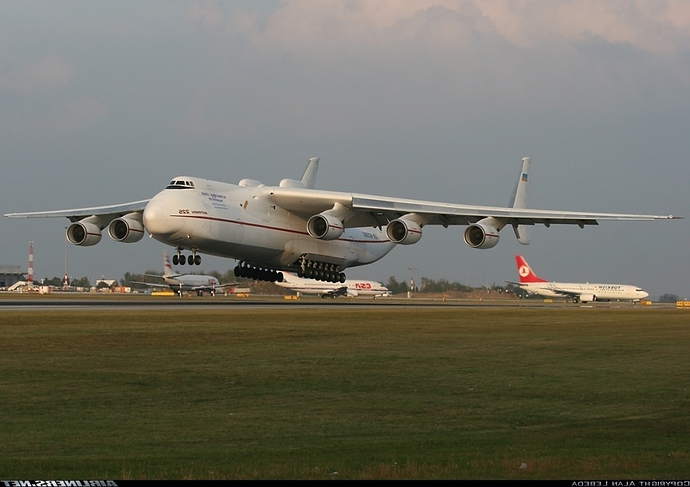 Looking great so far… are you planning on texturing it as well, perhaps even a short animation?

Well…so far it looks good…you must texture it too… it’ll look superb…and how about some more views next time you update it? Perhaps a few angled views and renders…

I’ve got the wings and tail on, and I’ve done a bit more work on the fuselage. My problem at the moment is the top of it between the wings since I have a top view blueprint drawing, but no photos of that area. Probably not such a big issue in the long run since the top isn’t going to be particularly visible, so I’ll just have to do what I can. 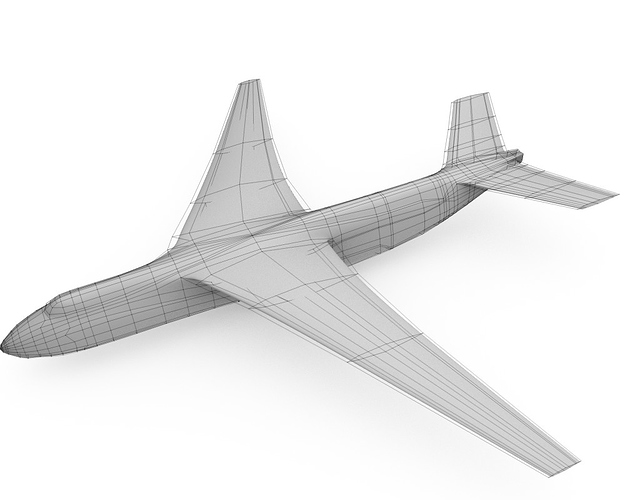 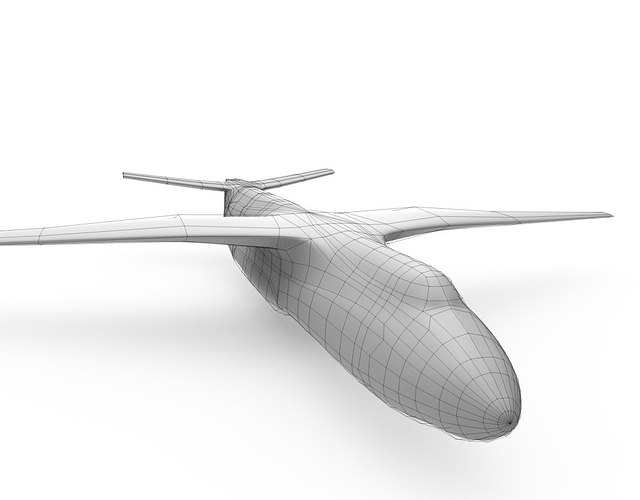 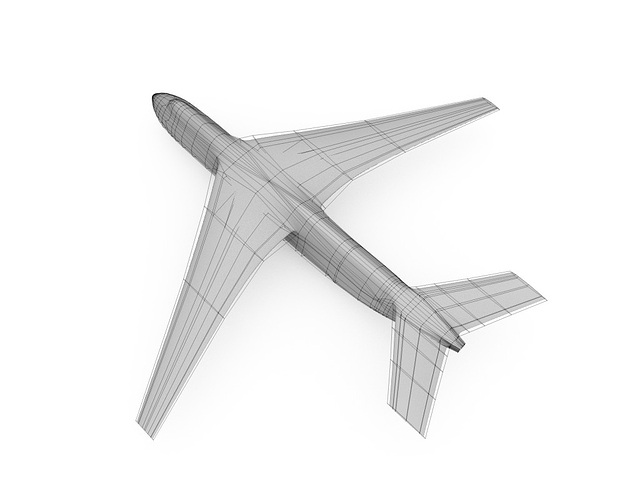 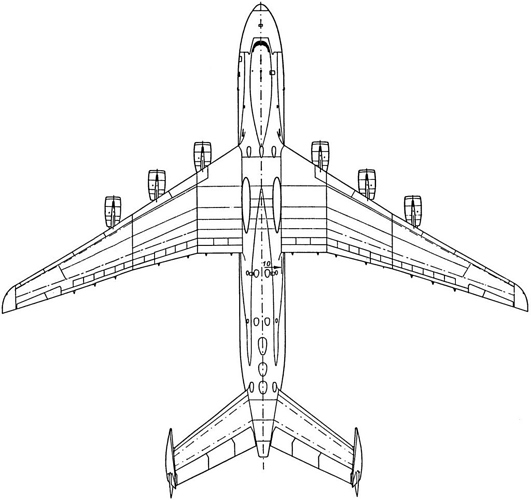 From your wires I gather your model is subsurfed… a small tip though with your wireframe images. If you enable… argh, what’s it called… OptimalDraw in the Subsurf options for your wireframe object (if you’ve done it the way I think you have), the wires will appear subsurfed without the internal faces. Make sure the Zoffs is quite low too, about 0.08.

The model looks good so far, but I would love to see some non-wire renders, then I can see if theres any distortions caused by your mesh. Your model looks good but could be optimized IMHO, there are a huge number of polygons that will possibly just make the subsurfed mesh look crap. Also on top there are a large number of triangles, I don’t know what effect these will have.

Apart from that, nice job so far. Keep it up.

I didn’t know it was possible to render a subsurfed wire, so thanks for the info.

The model so far has about 10,000 verts without subsurf on. I’ve been doing some pruning since my post earlier today. I plan to lose some more of those vertical rings around the fuselage.

Those lines on top that look like triangles don’t actually join - they are the extension of the lines that run over the cockpit bunched together before expanding out again at the tail.

Here’s some shots without the wires, on subsurf 2.

There’s a big distortion under the leading edge of the front wing on the wireframe images which I’ve just noticed. I’ll remove it later. 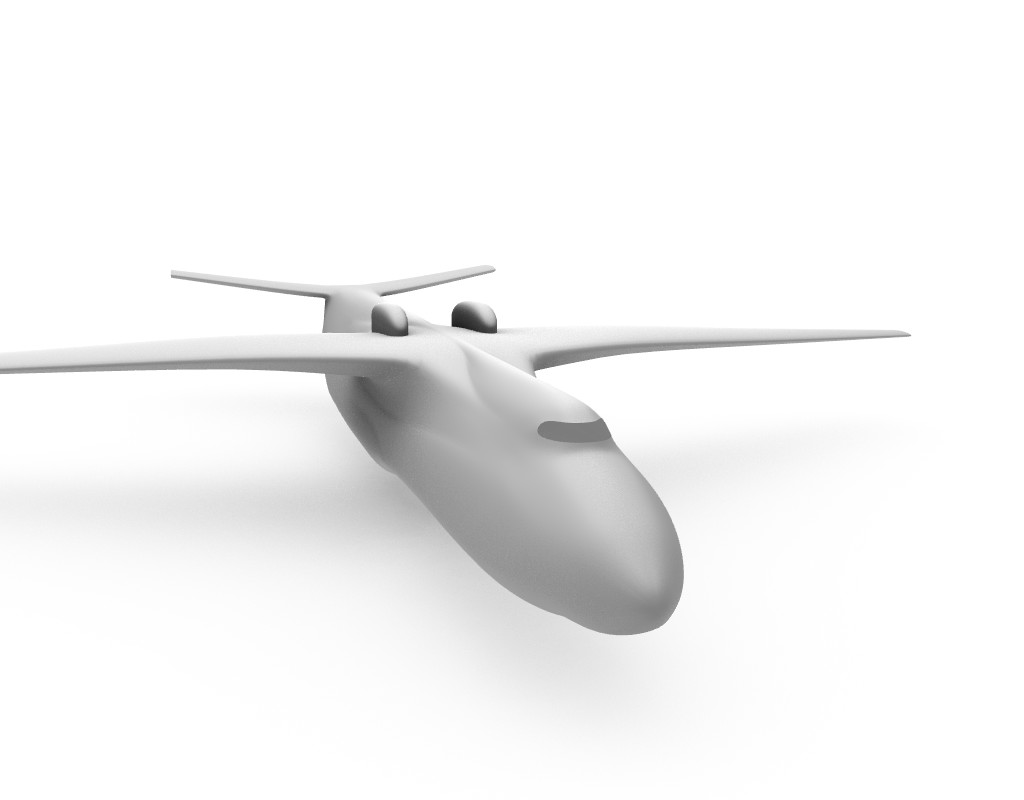 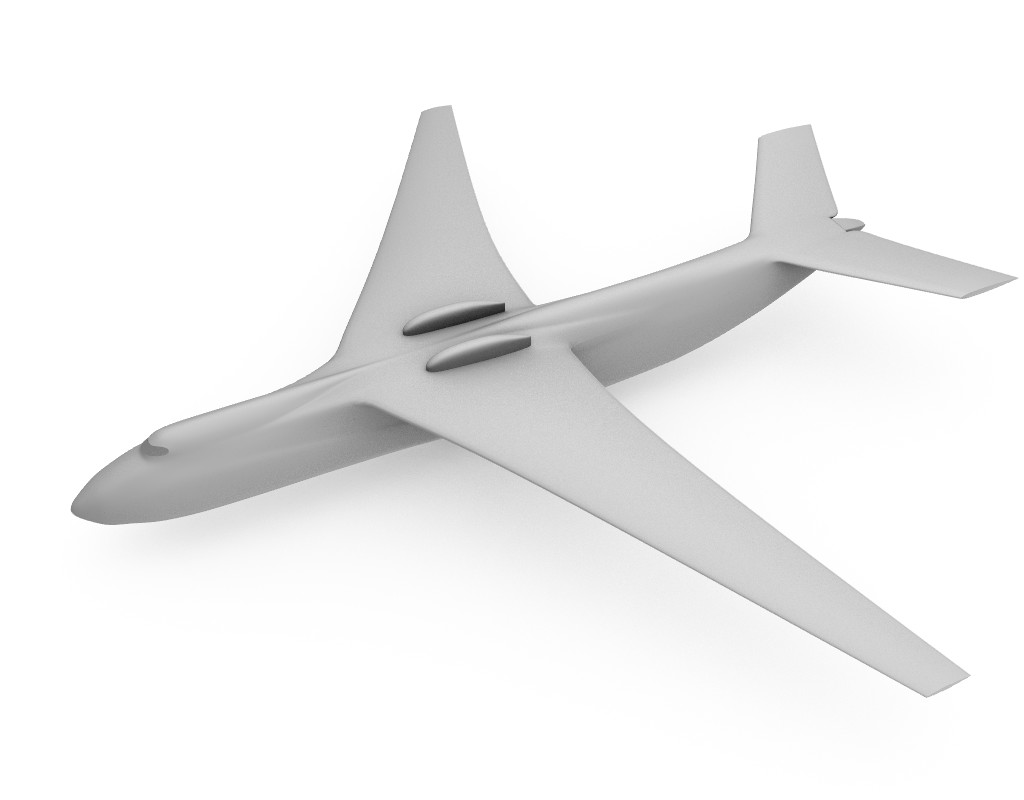 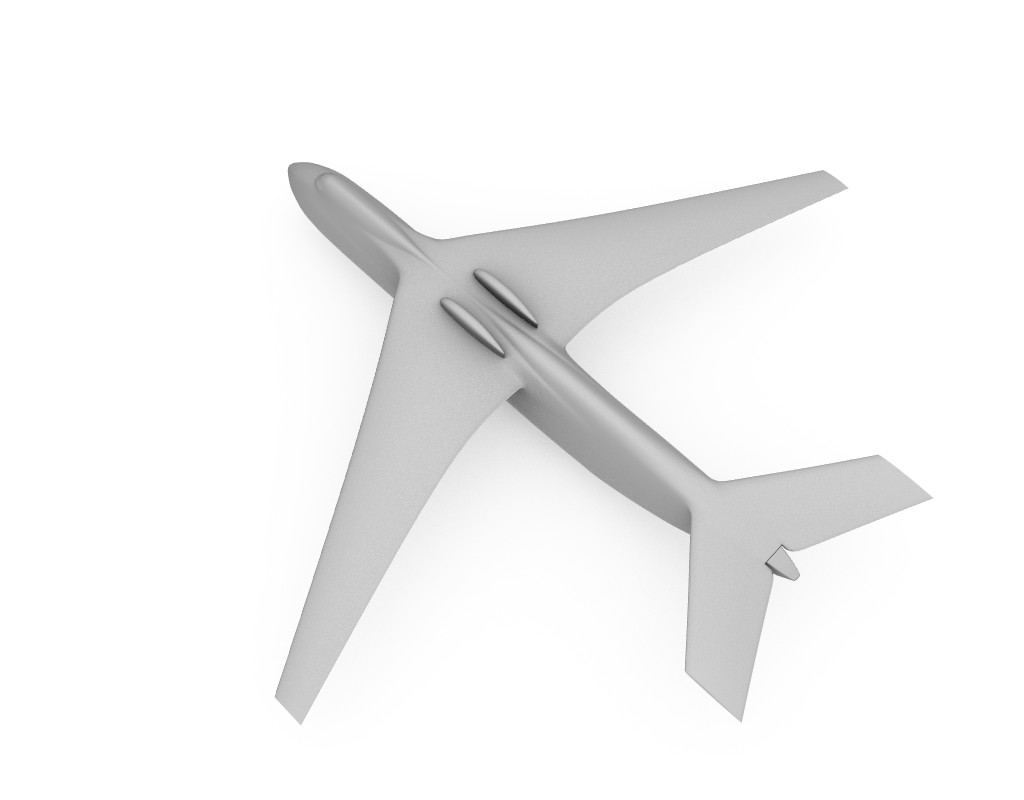 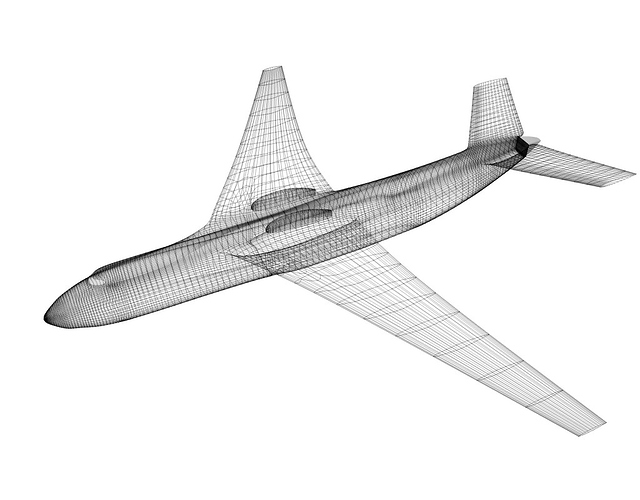 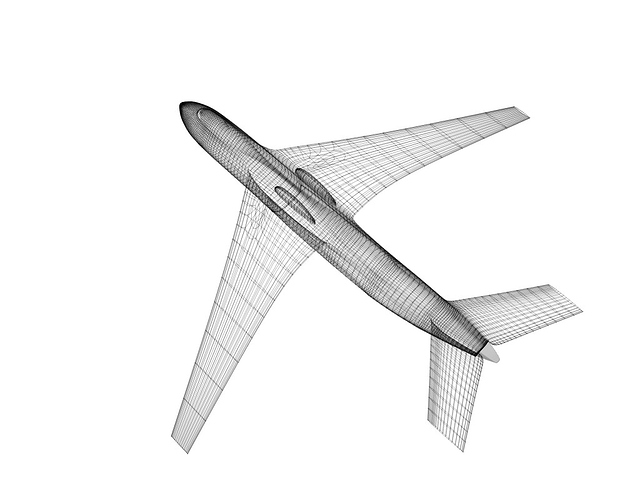 Starting to flesh out some detail now.

I think I’m going to have to add a few more verts because those domes on top don’t look quite right just sitting there - they smoothly blend into the fuselage in the photos.

The other problem I’ve had is how the vertical stabilisers are joined to the tail. The side view of the blueprints shows the pointed trailing tip, but the front view convieniently leaves out this detail. I’ve been able to find only one photo that shows enough detail that makes me think that the trailing tip is the tail end of a cylinder shape that runs along the inside of the vertical stabiliser, which is then connected to the horizontal stabiliser. 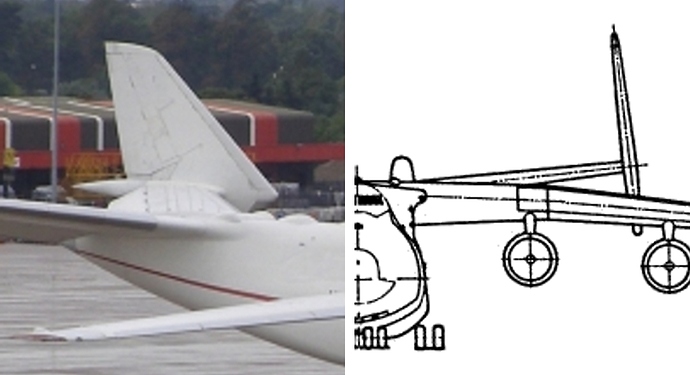 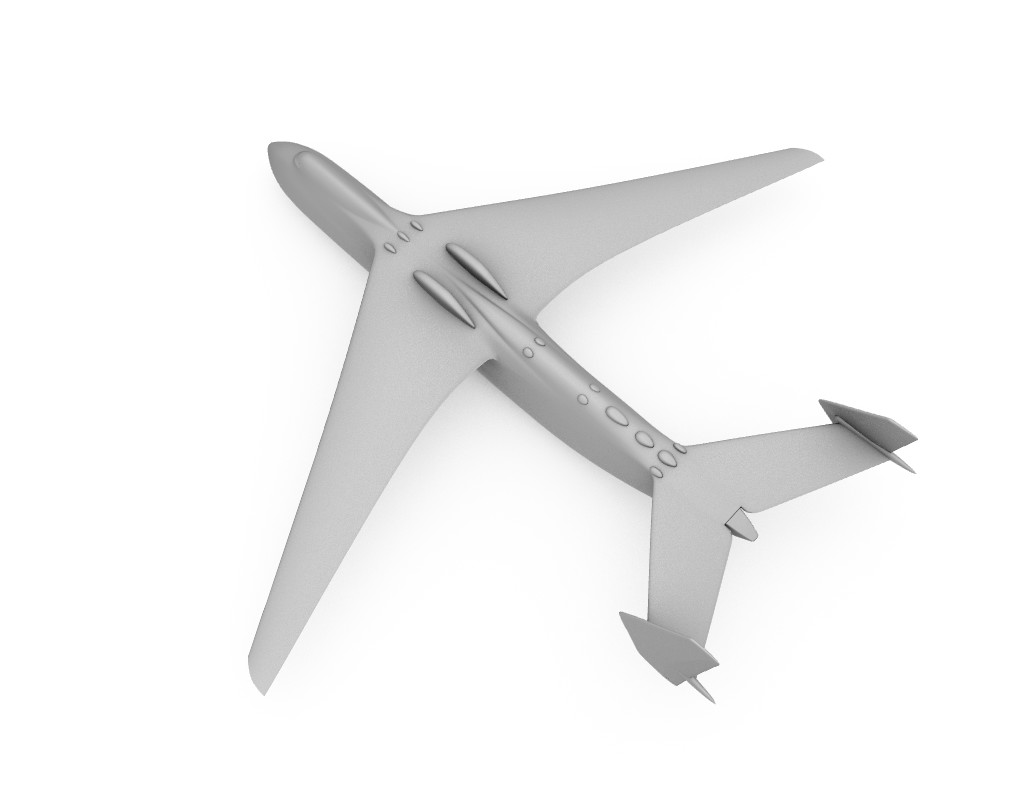 Got the wheels done… sure pushed up the vert count, now at 235K while rendering. The plane has a total of 32 wheels, each of which currently has the tyre tread cut into them, add on the rims which are reasonably accurate and that’s more than half the verts in the entire model. Each wheel and rim is made up of a series of 8 sided circles. I suppose I could cut back the tyres to 6 sided and use sub-surf to smooth it out, but I’ll worry about that if it becomes a problem later. 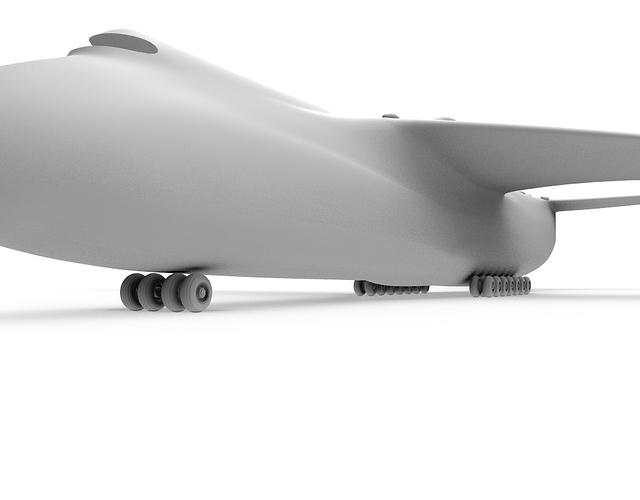 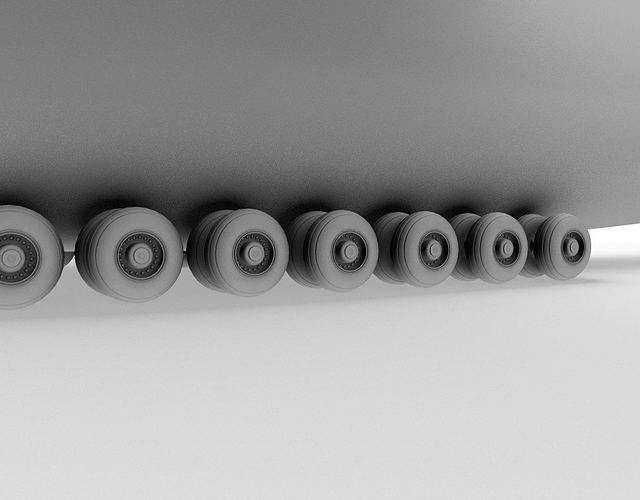 Nice details so far, keep it up!

I must learn Russian sometime…

I’ve done the engines and cut the control surfaces out of the wings. Had a little trouble with the rear of engines because all the photos I have are in shadow. In one of them I can just make out a portion of what appears to be a ring of supports around the inside of the housing, so I’ve gone with that. Nobody will (probably) get to see what’s back there anyway because it’ll be in shadow, so I’m not going to spend too much time on it.

Have to fix all those bumps on the back of it soon, it looks like it’s got warts 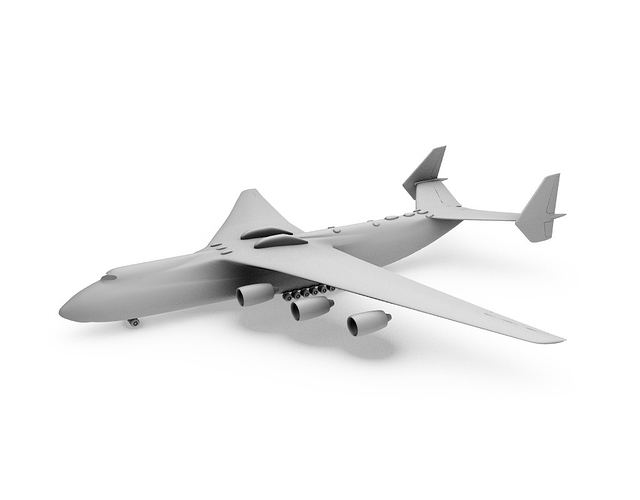 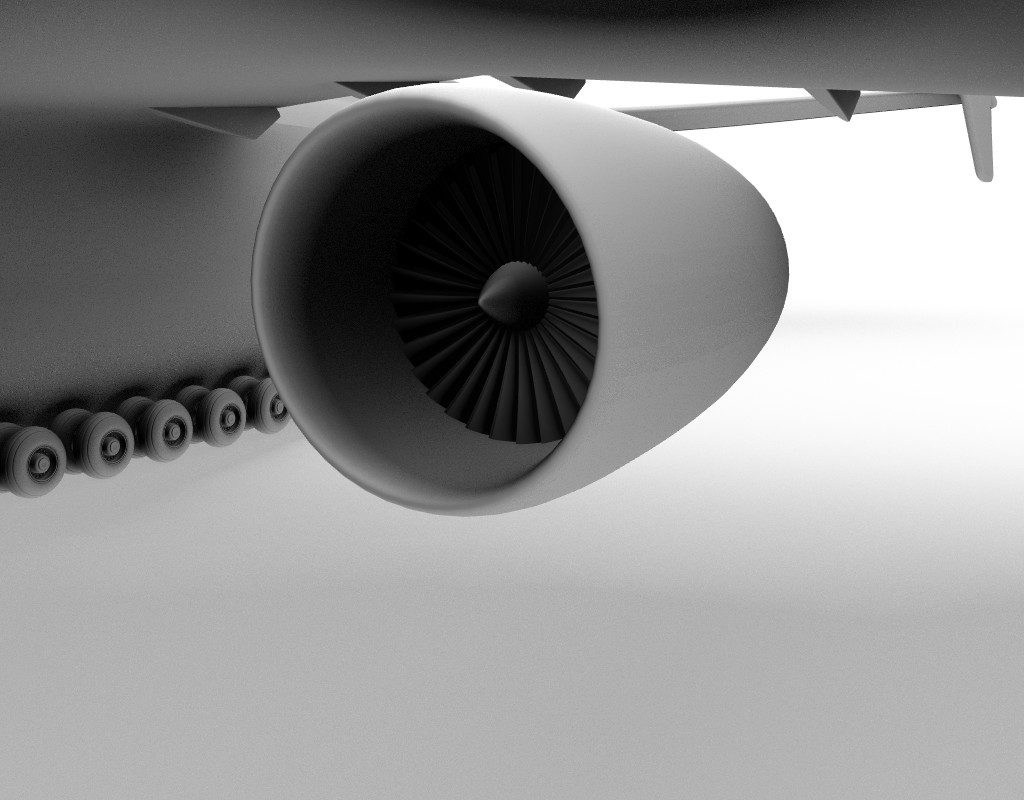 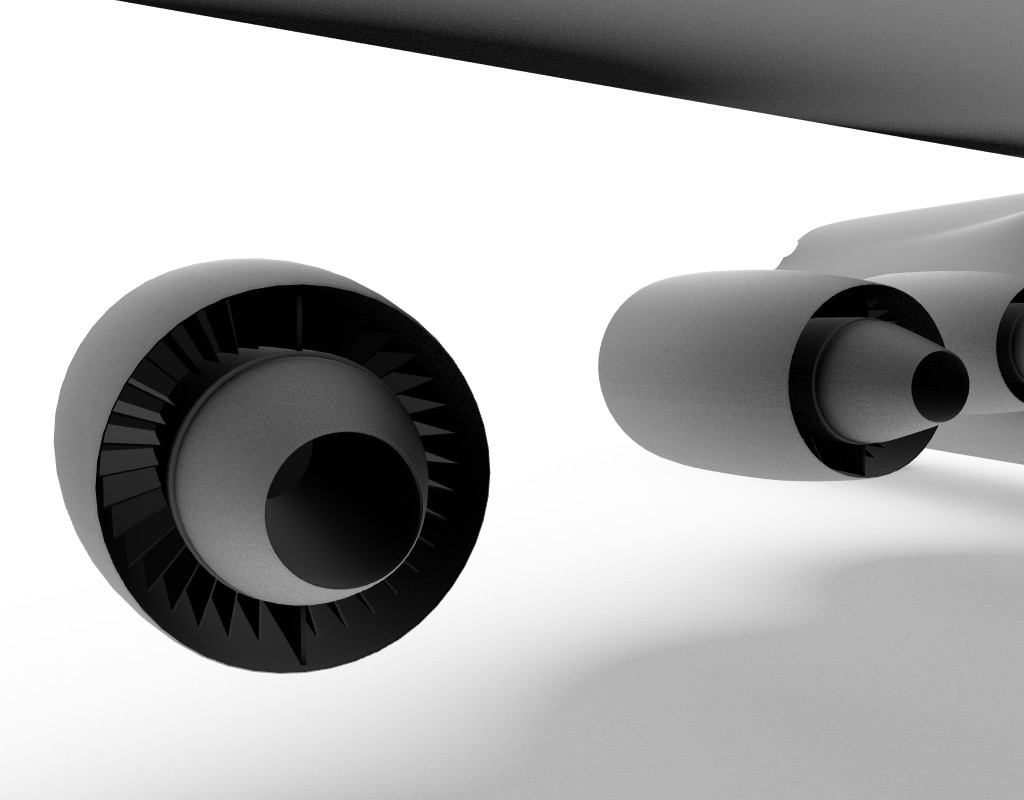 Progress is good so far, looks like you know what you’re doing.

Yeah, it’s coming along quite well now. The real hard part for me is going to be the texturing and materials. I’ve only UV unwrapped one model before (a Spitfire) and that took me many attempts before I got it right. The end result looked like a photo of a plastic model kit - don’t want that to happen to this one.

Well if you’ve UV Mapped a plane before you’ve got more experience than me. I have on unwrapped and ready for texturing but I’ve never got round to doing it.

Dude, that is kewl!! How do you do UV texturing though? Are you sopposed to paint (Aargh!) it on the UV layout? And after you’ve applied the texture or whatever, how do you import it into the .blend file? [sorry if i’ve hijacked the thread, I’ll remove it if you say so]
Thanks, and great work, hope to see more!

How do you do UV texturing though? Are you sopposed to paint (Aargh!) it on the UV layout? And after you’ve applied the texture or whatever, how do you import it into the .blend file?

UV mapping is the virtual equivalent of unfolding a cardboard box, painting it while it’s flat and then glueing it back together again. Blender has a variety of tools to do this (and by memory they are highly advanced), which cannot be covered here. Go to http://wiki.blender.org/index.php/Manual/UV_Unwrapping_And_Texturing for more details.

Wow this is turning out really well - nice detail as well!

Hit a problem… I haven’t been able to figure out a way of cutting out the cockpit windows that doesn’t destroy my nice neat mesh. The issue is both the number of loop cuts to keep the window square, and that the window frames, once the loop cuts are in, causes subsurf to buckle the area below the window frame, making it look like the windows are protruding from the fuselage. A real mess.

Anyone modelled a passenger jet and found a good way to create the cockpit windows?

I’ve added the pylons connecting the engines to the wings, merged the domes on the spine into the body so it looks more “streamlined” and added the hinges that run along the underside at the rear of the wing to support the flaps. I’ve also cut the cargo door (ie. the nose up to the cockpit) free…

For anyone modelling airliners, I found a really good source of photos

airliners.net has hundreds of good quality shots of the 225, including many shots of parts of the plane that I hadn’t been able to find elsewhere, including the interior of the cargo bay. 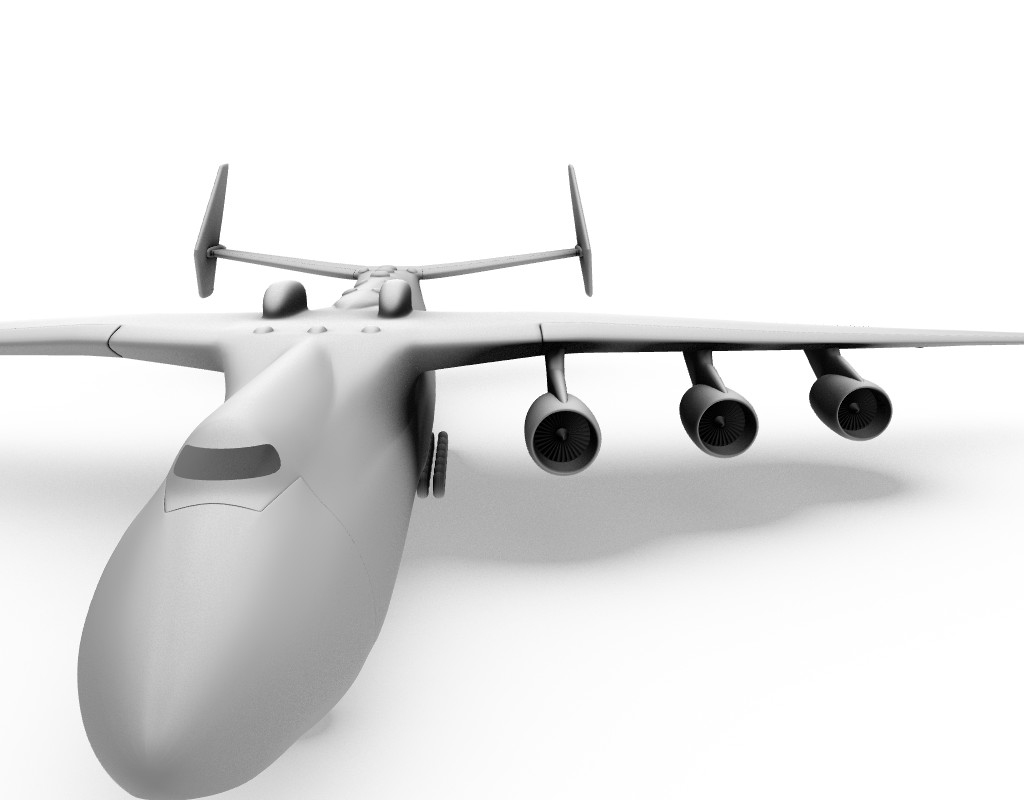 Just done a quick draw over of what you have so you can see.

You could then extrude the center faces inwards to create any recess the window may have.