Anything and Everything Automotive

So I thought it could be interesting to have a general thread where we could talk about anything (and everything) related to the automotive world. Cars, trucks, motorbikes, tractors, you name it.

Yes, I know communities exist specifically for this sort of subject, but to have one specifically for us Blender-heads would be nice…if only to avoid hijacking other people’s WIP/FocusedCritique threads with long conversations

For instance, it could be a place where we talk about our favourite designs, what we like about those particular models, the things we dislike, designs we’d like to see from a certain manufacturer, and so on. Hopefully this could all be done in a friendly, constructive/objective and sharing manner though

Could even post a few designs of your own, if you want.
EDIT - forgot to mention, we could also talk about general vehicle-modelling tips, processes, and so on.

So I’ll start it off with one of my favourite car designs from Britain - the Morgan Plus8:

The interesting thing about this car is that they’re made out of the same materials they used when cars still looked like this - wood, metal, and so on. They’ve apparently been building them the same way since the 60s, which is awesome :yes:

RE-EDIT - If you’re interested and join the thread, spread the word too! The more the merrier, you know?

Mesh Weaver, why do you tempt me so? I cannot model cars atm!!! LOL, it is like putting a cup of ice-cream in front of a full dinner plane that you are currently eating.
But yeah that is a car that i would like to model.
However i need to finish this:

and this first, and that is just the cars…

The lambo too - Aventador, if I’m not mistaken?

Mesh Weaver, why do you tempt me so? I cannot model cars atm!!! LOL, it is like putting a cup of ice-cream in front of a full dinner plane that you are currently eating.

Ha, tell me about it, I’m having trouble staying focused on the improvements I’m trying to make on my Audi A5…I need a new project, but I can’t just leave the A5 the way it is if I want to try and sell it on 3Dexport :o My next project probably won’t even be in any way related to cars (I’m thinking of modelling my own head, try out organic modelling, you know?) but it’s veeerrry tempting to just go “to hell with this” and model another one

Ah, got it - I always confuse the Gallardo and the Aventador, they look really similar.
And no, I hadn’t seen Elara, but I have now - thanks for the link! I’ll definitely check it out in more detail :yes:

Speaking of the Gallardo, I actually photographed one a couple of weeks back, just down the street from where I work:

I just has that sharp-yet-massive look to it, you know? (the Camaro, not the Gallardo)

Oh ya, i remember seeing that on your twitter, nice picture.

Love those old Morgan´s. Me and my dad want to open a dealership of Morgan cars one day

Just checked my FB and look what SMCars posted: http://www.smcars.net/forums/wip-critique-3d-advanced/38514-audi-a8-w12-2012-a.html
Purely amazing and in only 45 days! 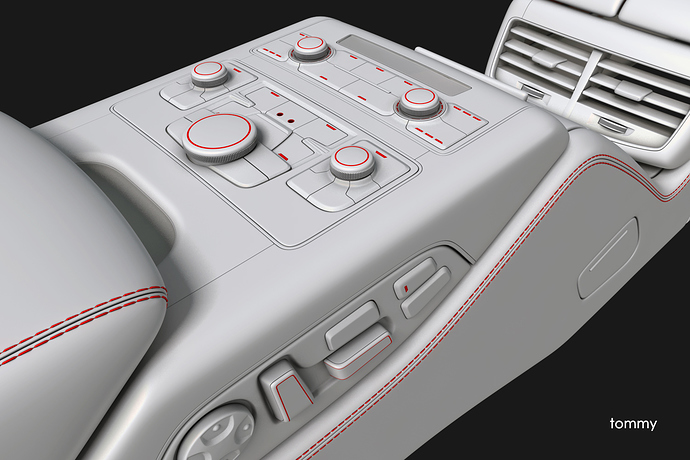 Btw. here are some my automotive works: 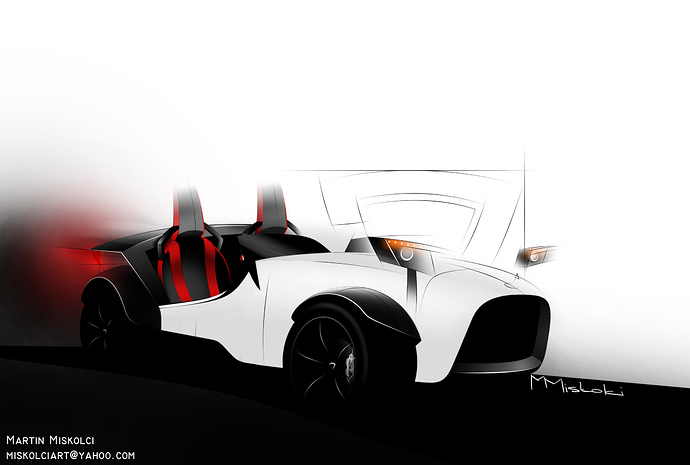 That Peugeot looks really great! Wish we had French cars here in Canada… the Fiat 500 was only recently re-introduced to the North American market, but I’m hoping we’ll get Citroens, Renaults and Peugeots too someday…AFAIK most of them would be the perfect size for parallel parking here in Montreal

On a side-note, anyone else really looking forward to seeing the BMW i-series hybrids on the roads? I just remembered they’re supposed to be launched in 2013, and we’re already halfway through 2012…

…wish I had my driver’s license

You don’t have a DL, Philippe? Not that it’s a big deal, really… due to some weird laws in the state of Florida at the time I was first eligible for one, I wasn’t able to get my license till I was 18 (actually, 19 for my full license and 18 for my permit).

I love that Morgan. I really do. Reminds me of… well, if anyone else is a fan of the program NCIS, it reminds me of Ducky’s car.

Having grown up in a family where several relatives have either owned auto parts stores (which bore absolutely no resemblance to the Autozones or Advance Auto Parts of today) or been interested in restoring vehicles, I only have this to say : 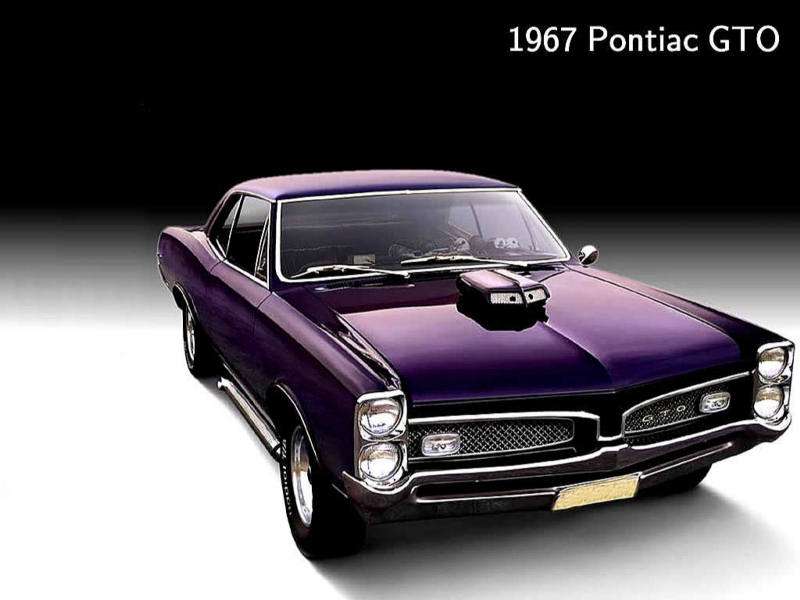 As much as I do love Euro cars, for me, nothing beats good old fashioned American muscle.
Top to bottom: Chevelle SS, Barracuda, GTO (loving the green on the Cuda… my uncle had one that was the same year and color) 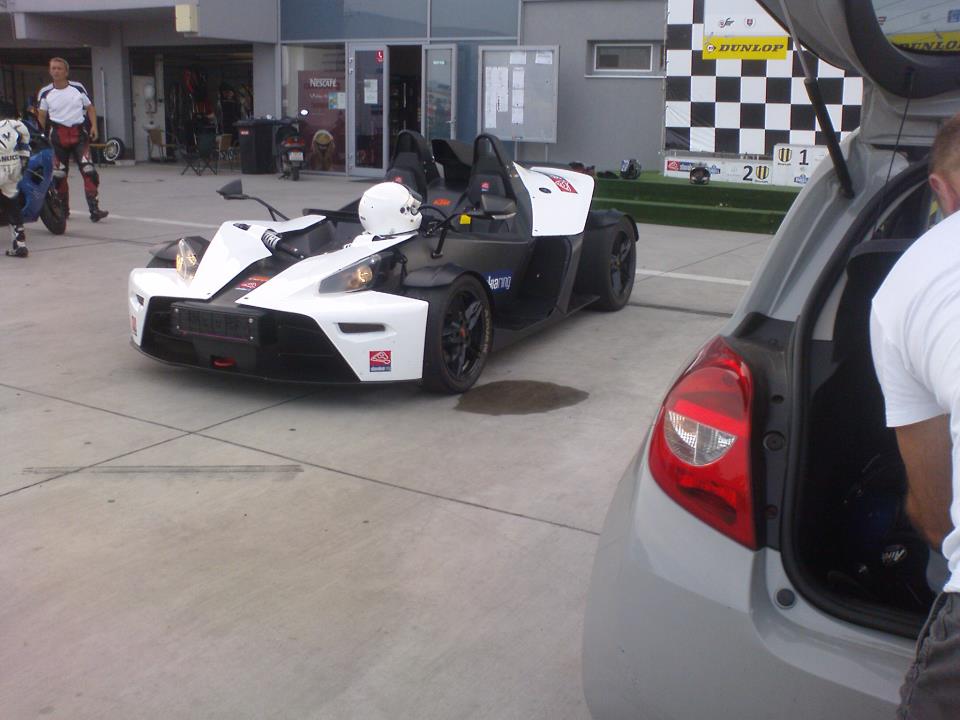 I can´t say that I don´t love american muscle cars, I do, but I would still rather take a relatively cheap, light and powerful hot hatch - Renault Clio RS FTW!

@Phillippe M. Well I´m looking forward for those i-branded cars, I´m curious what the final look will be like and even more how would it drive. I hope they will make it in 2013, but hey, there´s Nissan Leaf already

Although not on the cheap side, my personal favourite hatchback is the Golf GTI. As a matter of fact it’s sort-of my dream car

@Moonflower - Those are some awesome-looking cars, I especially like the first one!

@both - About the driver’s license, the problem is that the province of Quebec is one of the more complicated ones when it comes to getting a license. Although the minimum age is 16, it takes 2-4 years before you get your full, actual permit (or at the age of 25 depending on…something or other. I can’t remember), and that’s on top of absolutely having to follow government-approved courses, which of course cost quite a bit. So I’ve been prioritizing other things such as a new computer, a PS3, good monitors, and so on

GTI´s are nice, easily tunable, but too comfy for my liking, isn´t it like the only hot hatch in US or Canada?
I have to wait one more year to get my permit, year later to have an actual licence… can´t wait!

GTI´s are nice, easily tunable, but too comfy for my liking, isn´t it like the only hot hatch in US or Canada?
I have to wait one more year to get my permit, year later to have an actual licence… can´t wait!

Erm…well, there might be more powerful versions of the Toyota Yaris, Honda Civic hatch, Hyundai Accent Touring or maybe the Nissan Versa available, but I doubt they’d reach the same level of performance as a Golf GTI, so I guess it would be the only one in North America. I don’t know about the Kia Rio5 though, might possibly be a contender, I’ll have to check.
…then again there’s also the new American ones that just came out, like the Chevy Sonic, not to mention the Ford Focus & Fiesta…can’t remember if Dodge makes a hatchback model

Either way, the hatchbacks are what I’d like to see most from the French manufacturers.

Speaking of new models, how’s about a quick poll: what do you guys think of the new 2012 Volkswagen Beetle? :eyebrowlift2: Better than the New Beetle (the previous design), worse, “meh, about the same”…?

I personally think it now looks like it’s actually a German model. The New Beetle looked a bit too Japanese to me (not that I have anything against JP design, but I think it just didn’t fit much with the rest of VW’s line)

Went round the factory some years ago - an ex’s grandfather had worked there - design or some such iirc.

I have some photos too, presuming I still have 'em; if I find 'em I’ll upload a couple.

Not seen the new Beetle, will have to take a gander. Not much time really atm and I really don’t need another car to model.

@Phillippe: Oh, I have forgot about the Fords, awesome cars, few days ago I had a drive in the new Focus ST and was very surprised how nice it did drive.

About the beetle I agree with you. The new, new one looks much better, much cleaner lines and better designed than the new, old one

What do you think about the Up? I do like it a lot, well engineered and designed small car, It’s a shame that the sales are quite low here…

Hmm, the VW Up actually reminds me of the Scion xD…though I prefer the Up. I’m seeing similarities between it and the Golf Mark VI too, I’m guessing the design is based off of it…
AFAIK they’re not available in North America yet (if at all), but if they are someday, and depending on the price range, I’m guessing it could become quite popular. You should see the number of 2012/2013 Jettas are around here since they dropped the price, it’s now only ~1500 more than a Toyota Yaris, which is also quite popular around here.
A pretty awesome little car actually, the Yaris (the sedan model) and the boot is surprisingly spacious…at least, when my dad packs it. My grand-dad keeps complaining that “nothing fits”

Side-note, the only Scion I like so far is the FR-S - just downloaded one for Gran Turismo 5 on PS3 the other day, though I haven’t tried it out yet. Looks awesome, that’s for sure :yes:

EDIT - Oh, today’s picture is of a car I actually don’t like much - the current PT Cruiser. There’s just something about it that puts me off, and I can’t quite place my finger on it…I mean, there’s a few “lines” that I like, but overall…still can’t place my finger on it.

It’s ugly, is perhaps, what your finger should be on.

@Phillippe: Do you play GT5 online? Maybe we can have a ride sometimes around Nordschleife…FR-S vs GT86

One of the only budget driver’s cars availabla today…

About the PTcruiser AFAIK the only purpose it was (or is?) sold is beacause it was a 6 seater, but still ugly as… Let’s say Fiat Multipla

@Phillippe: Do you play GT5 online? Maybe we can have a ride sometimes around Nordschleife…FR-S vs GT86

One of the only budget driver’s cars availabla today…

I’ve only done online the one time so far, but yeah it’d be pretty cool to race around the Nürburgring with other Blender-heads …although I have to admit the 6 bucket seats must be really practical. If only it didn’t look like a fish/insect hybrid…
The problem I see with this design is that little ridge with the two smaller headlights. Take those out and give it a more normal front end (something like this '97 Mercury Villager, or even a Golf) and it could’ve been great, I imagine…

RE-EDIT - If you guys are wondering what my PSN is, it’s MeshWeaver

But what it needs most, is one of these: 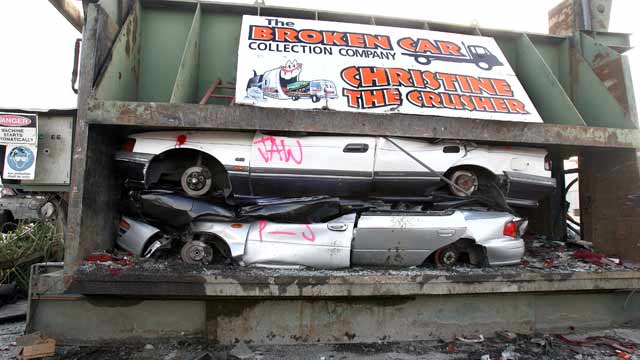 LOL, then in that case I’ll post one of these to soothe your eyes: 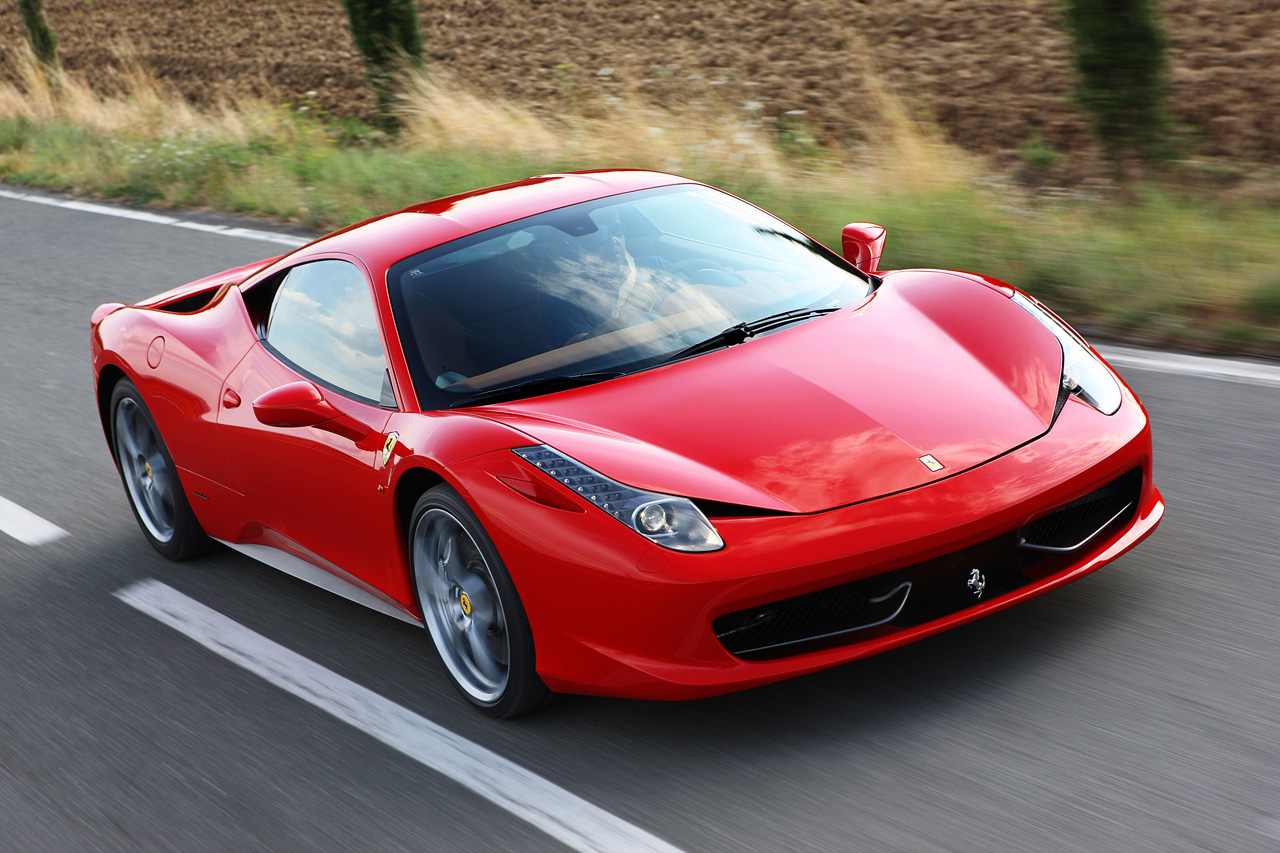 …I think this is my new favourite thread