Applied "Armature" Modifier and Want to Undo it

I’m making some FPS arms, i was making normals, and had to remove the “Armature” modifier, since it was causing some problems while i was creating normals. I had armatures ready for the hands and they were working fine with them. But i didn’t remove the modifier, i applied it… Which moved the hands original position, in object mode that is. Which caused issues with the hand not being where it was supposed to be when i tried doing the “automatic weights” method later on. Which was when i realised i shouldn’t have pressed apply.

I doubt i can fix this, and will probably have to redo it all :no:
But i’m just posting this to see if there is any hope.

Pics of both without “Armature” modifier.
This is in Object mode, notice the gloves, they are were they are supposed to be.
The jacket is still with the bones, as it’s original position (which causes issues). 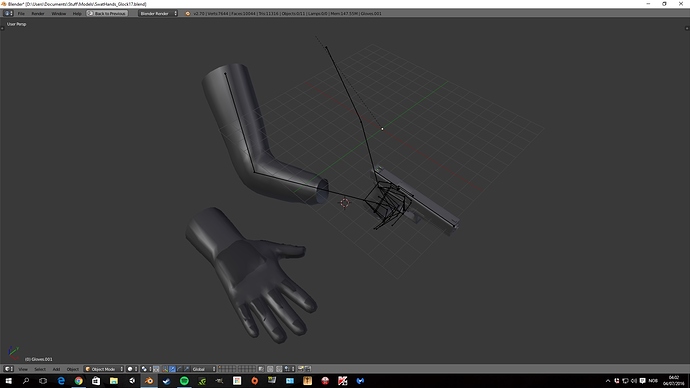 Here is an example of how it’s supposed to be. (old work) 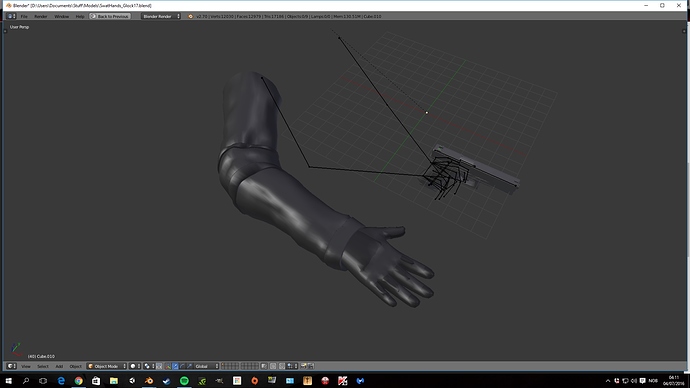 Here you can see the issue more clearly.
Both have “Armature” modifiers on them, the gloves follow the rigs animations perfectly, but the jacket is not. 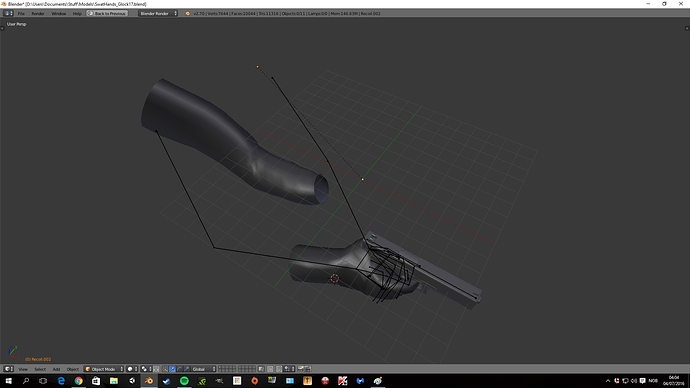 Any easy way to fix this?

Did you backup your blend file before you applied the armature? if not I think you are in deep trouble and will ave to start again with the hands, they should be part of the arm mesh BTW or you will get even more problems.