Hi, new to this forum and new to blender. Working on my first project, an avatar for my wife. Reasonably pleased with the modelling but having difficulty getting the materials to apply and getting lamps working. 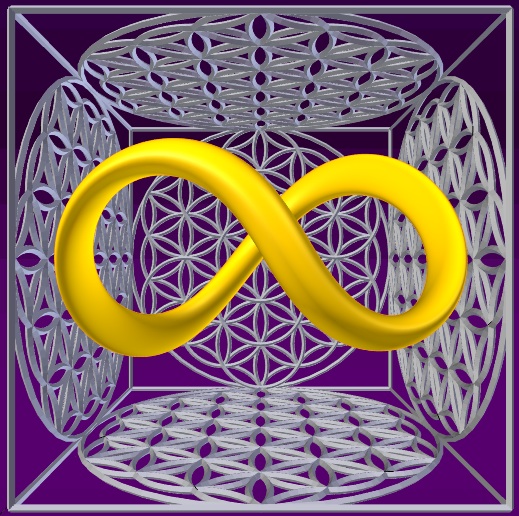 What I am striving for is the Flower of Life cage in reflective silver and the Infinity symbol in reflective gold. I need to see the lamps working before I can set them up properly. I can apply the diffuse colours but the mirror settings and lamp light are not applying. I have been round in circles. If I knew how, I could send the file I am working on. Help appreciated.
Love and Light
Dec
Robotronic94 (Robotronic94) April 25, 2018, 10:20am #2

You should learn to use Cycles for Blender, it is the easiest way to create realistic textures and you can simply use the glossy shader to create nice looking metals.

That will teach you all the basics of Cycles, and how to use textures.

Thanks Robotronic, in my going round in circles with this, I did try cycles (or nodes as it is called on my version) with the same result. Have watched the vid before but will watch again to see if there is anything I have missed. I am sure there is a little box I have or have not ticked somewhere that is preventing the edit changes from applying.

Ha ha, no, I had not seen this video. I had seen the one about the donuts and one about cycles but not this one. Working through it now. First thing I learnt was that I had used the “nodes” interface but not the cycles render. I have a somewhat ageing macbook pro and find that cycles rendering takes a lot longer than blender render. Will work through some more and post result when I am done.

First difficulty I find with the vid is that my version of blender does not seem to have a device option to choose the GPU. 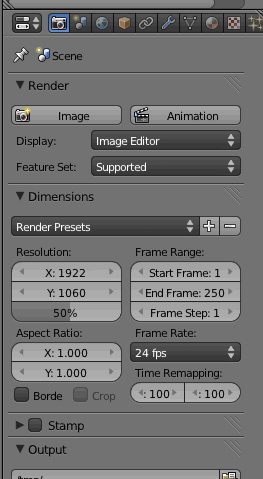 Also, although the forum says it takes gif it only seems to like jpeg???

You don’t need to use your GPU, that’s only if you have a very good graphics card. I personally use the CPU.

Also, yes Cycles rendering will take longer than Blender Internal, but that’s the trade-off for being able to create more realistic results.

Out of curiousity, what version of Blender are you working in?

Version 2.63a on 2.16 GHz Intel Core Duo. Here is most recent version, improved thanks to your help but not what I imagined yet. Render time 600 cycles was 1 hr. 41 mins.!!! Seems a long time to me and does not bode well for trying to do short animations if it takes this long for a single frame that was not too complex. 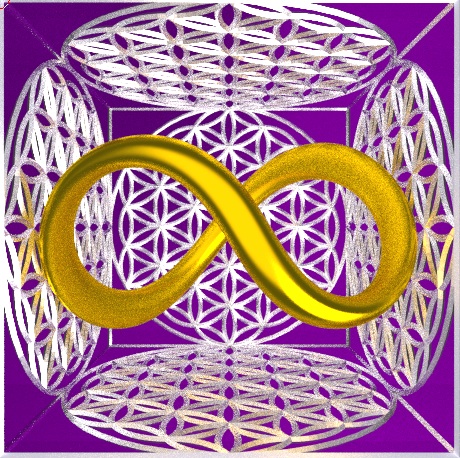 Well I always like to work in the latest version of Blender, but if your render times are too long for your liking, you could consider using a render farm to help speed up time.

I will update my version, it was not long ago I loaded it. Render farm is new to me, good idea, will use if needed. Thanks.
Here is my most recent render, 1000 cycles, 7 hrs… I put more reflection in as I felt it was symbolic to have the Flower of Life reflected in infinity. 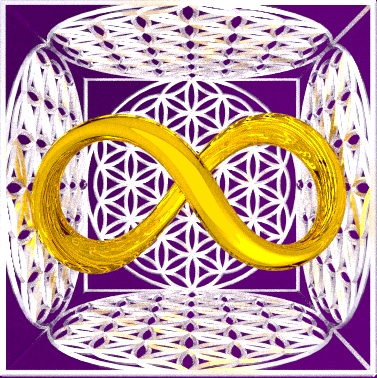 Thanks, am very pleased with it now, my wife is using as an avatar for her youtube channel, princess8ra. Although all the detail disappears at this small scale, it does come over as quite grafic and eye catching.

Cycles is very popular right now, partly because of its very different approach, but it’s not a panacea. The key to pulling off a shot like this one has everything to do with “nodes,” and Cycles is very much node-based from the start.

The difference, of course, is computation time. Cycles’ algorithm basically converges upon a solution, and it can take a very long time to do so. If you’ve got 7 hours to spend on one frame, “sure, no problem.” But if you don’t, a combination of multiple rendering techniques can be used. Or, well, “good ol’ BI” still hauls the freight. You’ve got two or three strong choices available to you now, just in Blender alone.

Basically, this is two shots in one. One approach that you could have used (without nodes, actually) is to use “layer-specific lamps,” putting the infinity torus in one layer and the background in the other. Use a different set of lamps as appropriate for each feature: they will shine only on the objects they’re attuned to and won’t see the others at all. If you do need to cast shadows in this situation, use a different group of “shadow-only” lamps which create shadows but not light.

A shot like this can also be approached using compositing, and if the render-time for one component was for some reason very long while the render-time for another was much shorter, that would have been a fine approach to use. Compositing is also useful when you want to describe an effect in terms of layers of separately-produced effects.