Arbitrary jumps on the curve 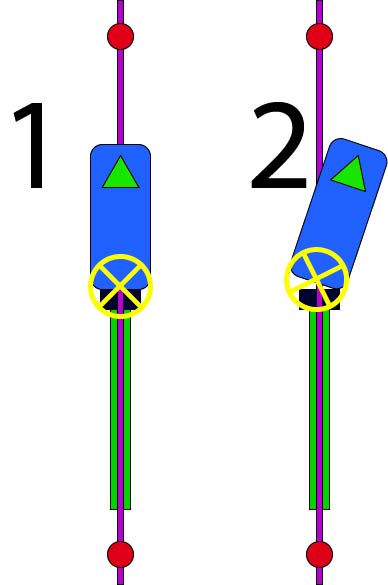 Empty is vertex parented to the capsule? It can depend on the deformation of the verts to which it’s parented. Spacing is important. For a curve, you’d probably want closely spaced vert parents. (For other kinds of more local deformation, you sometimes want three distantly spaced verts.)

Might be helpful if you linked a .blend somewhere.

Here is the .blend. Frame N350
and many other frames.
https://dropmefiles.com/zByif

I’m not sure if I can figure it out. I already find 2.8 interface frustrating, and that file is more frustrating than most due to occlusion, vast differences in scale, and origin points way off the mesh (which is probably unavoidable, given the curve modifier.)

But, I’m not sure that all of that will solve your problems. I got to the point where I was too frustrated with 2.8 to play further with the file.

Thank you anyway. But I try to understand why is jumps on DIRECT segment. What is the logic?

I found a solution. If someone faces the same problem. I created a triangle and joined it with a catheter. Created a cube and parented to it a capsule empty. Then, the cube parented to three vertices of the triangle. Now the connections are placed correctly, this was the problem.

Yup, that’s what I was saying with 1. above.

Not really. It is very important to connect to the right vertices, otherwise it will not work.