This is very much a rough draft and WIP. There are some things I already know I’m going to work on, but I’d like some outside opinions (for those who are wondering, Sterling is a town in northeastern Colorado close to the Nebraska border). 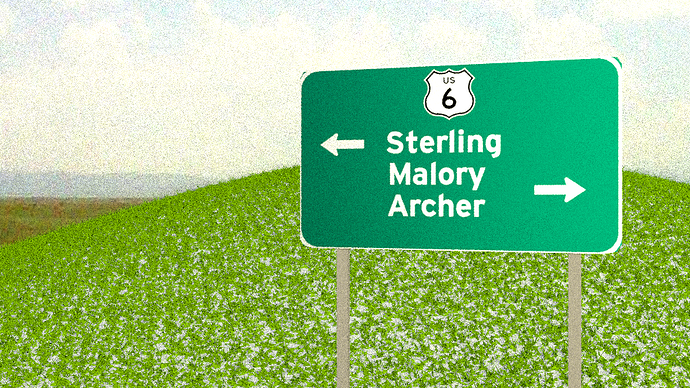 Design-wise, I feel like there are some problems with the sign. For starters, I can’t quite tell which towns are in which directions. You’d be better advised to either divide the sign up into two parts, or use two signs, for the two directions. Also, I’d check the specifications for your text. It certainly looks like the right typeface (Interstate or Blue Highway, whichever), but signs of this nature often have text with small caps and/or wide tracking. 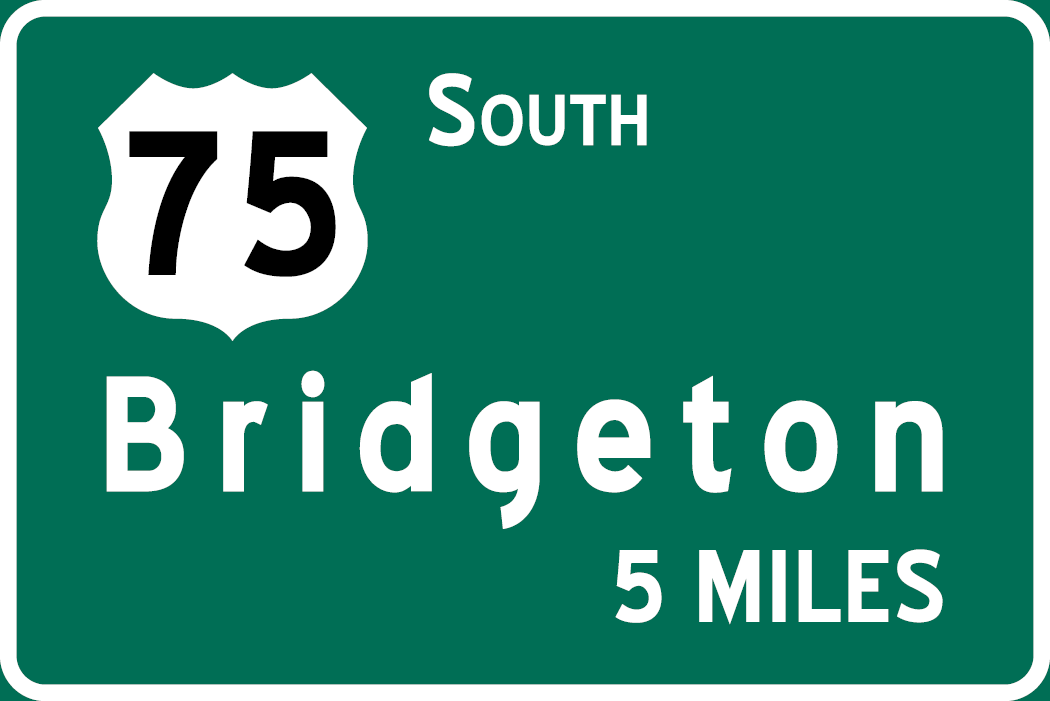 This is something I created a while ago. Good use of space, close attention to detail. Is there a specific sign you’re referencing here? Because that can be important for believability.

As for the rest of your scene, I’m not quite sure what’s going on. For starters, the sky in the backdrop is being illuminated, supposedly from the sun, but the sign is being lit up by something behind the camera. I don’t know what time of day it is supposed to be.

Also, the grass on the hill behind the sign seems too small, and too even. It almost looks like a distant farm or vineyard. Lastly, I’m not too keen on the hill’s position. It seems like it could be blocking some potentially quite beautiful scenery, while not being exceptionally interesting or noteworthy in itself.

Edit: Also, don’t copy the above verbatim. That sign was created for a highway, and probably won’t work in your scene. It’s just an example.

Silent1, thanks. You saw some of the same things I did (lighting, bad grass). The grass has been re-worked to actually look more like grass and I’ve got a new background, which I will probably change yet again… I’ll probably keep the font the same, it looks quite like Colorado road-sign fonts from image searching, but I think you’re probably right about the sign design.

The whole point of this piece is that there’s a town in northeastern Colorado called Sterling. I thought,“wouldn’t it be amusing if there were two other towns nearby, one called “Malory” and one called “Archer” ?” So the sign is really the important part of the piece, and what I’m trying to preserve. I like the hill, but I might re-do it if I can think of anything different. The scenery in that part of Colorado isn’t exactly scenic, IMO. 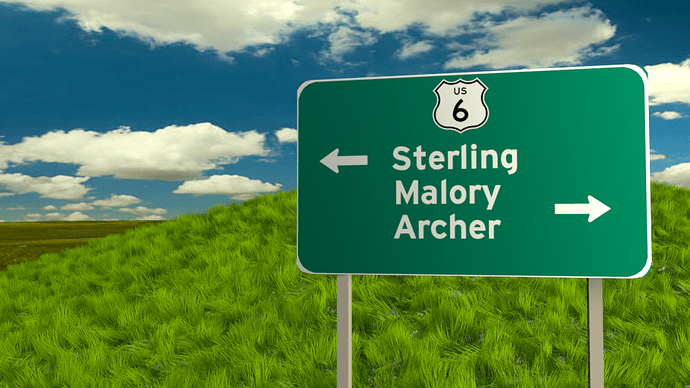 And because I’m still a new user here and can’t see my posts until a moderator dis/approves of them: if I didn’t say thank you in my reply, then thank you. I appreciate good critiques and the time it takes to make them.

My feedback on the sign is that they rarely actually round the corners on highway signs like that. They just do the rounded white lines and call it good.