A couple recent architectural previs pieces. Some of them I am more proud of than others, but I figured they were all decent enough to post. All were rendered with cycles. I’d love to hear any comments or critiques you might have as I’m pretty new to architectural renders. 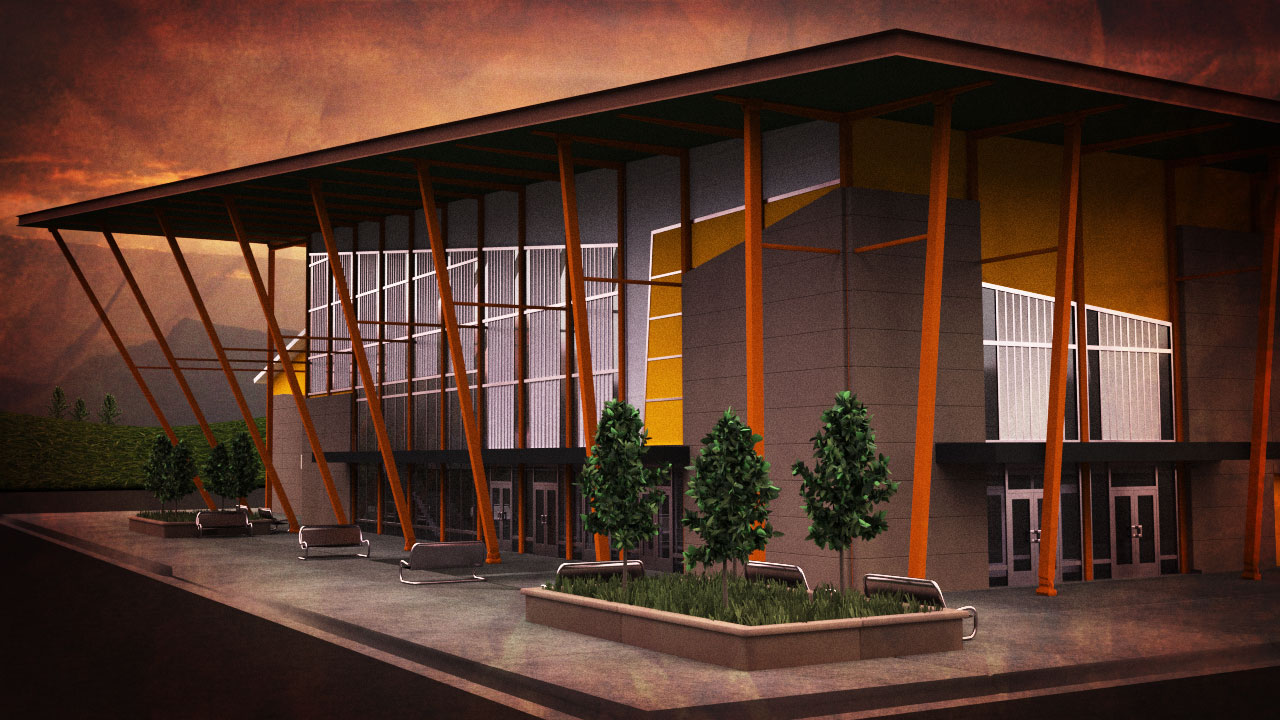 Now, being in the process of making a kitchen myself, I’d really die to know how did you create materials for the working plane (that glossy black with some coloured points) and the fridge (that kind of gray car paint with glitters).

The kitchen modeling is so detailed I’m just amazed; I spent the past three weeks modeling my kitchen and I’m nowhere near this level. You can be really proud of it.

Another thing: the lighting of the second picture (living room) is just wonderful!
Is it lit by that HDR image outside the window?

The third picture has strange colours, probably you applied some filters in a raster program?
It looks good overall, but that sky and colour combination is not my cup of tea.

Congratulations for your work, I love architectural renders and these ones make me want to learn Cycles much more.

EDIT: this is where I am at the moment… sooo more details needed!

Hi !
Nice work. How did you manage to model anything in reasonable time for Arc.Viz with thta s.c. SNAP in Blender?
What techniques you recommend for snap, ucs, reference-by-points move,scale,rotation ??

Big fan of #2. Has a nice sleek modern style and just an overall great feel to it thanks to your lighting work.

Wow, thanks for the comments, I wasn’t expecting so much positive :o

@Carrozza Looks like you’ve got a good start going on your kitchen, I’ll be watching for your final render. I included an image with my material settings for those surfaces. The refrigerator material is about as simple as it gets in cycles. The countertop material is a little more complex but really not bad at all. I am basically just setting up a black with white speckled base coat and then adding a glossy overcoat to it.

The living room is lit by a combination of hdr and traditional lighting as I needed to push more intensity through the window than I was getting with the hdr.

As for the third image, yeah, there was some effect work done in post on it, and in my opinion it was better in this state than it was clean. It’s not my favorite of the three, but hey, you can’t win them all

@Bluecd I’m just overall pretty fast at this sort of work. The exterior render took the longest at about 2 days of work, the kitchen took about half a day to model, maybe an hour for the materials and lighting, and then about 4 hours of tweaking and rendering. The living room was about half a day total. As far as snapping goes… call me crazy, but I just don’t bother with it. Blender’s snapping is often just too cumbersome. If it’s an object that needs to appear as one continuous or seamless object, I model it as such. If not then I figure that in the real world there isn’t snapping, there are small gaps between separate objects no matter how close you place them, and rendering them otherwise is going to look unrealistic. That said, I work very hard to keep my positioning tight and clean. I make extensive use of constraining scale, translate, rotate, extrude, etc to a particular axis. I’ve watched people do previs in sketchup (and played around with it a good bit myself), and even though that seems like it’s the hot thing right now, I just feel that I can do it faster and with more flexibility through blender. Just my opinion though. I know people who swear by sketchup, and obviously you can render some high quality stuff like that.

CMonson, thanks a lot for the material settings!!

Only half a day to model that kitchen?!?
Damnit: now I know how poor my modeling skills are.
Well, one more reason to keep practicing with our beloved Blender.

Agreed on modeling with extreme precision: most of the times its just overkill.

Nice work, that kitchen is indeed very detailed! The second image has a bit of chunky furniture and I was confused at first about the perspective before getting that the ceiling is sloped and window has an angle, but I assume it’s more of a Cycles test, the light looks really nice.
Carrozza good luck with your model, kitchens are a bit tedious but you’re halfway there

I got used to Blender’s snap and use it all the time. I am a former autocad 3d modeler and I just can’t do it without the precision, even if at times this just wastes my time

I have it set on vertex and closest but it’s not on, I press ctrl when I need it. I also use things like setting the cursor position to a certain vertex and using the object origin and selection to cursor or cursor to selection stuff. I got used to it and manage to do it all very precise.