Hey guys,
this is my first attempt of an architectural visualization animation and I need some focused critique

Unfortunately I can’t afford the architecture academy by Andrew Price

, so I tried to make an architectural visualization by myself. In keeping with the motto: learning by doing.

you can watch the first draft of the animation here:

I first start with a blue print of the floor plan, some measurements and the position of the individual rooms.
(created with freestyle) 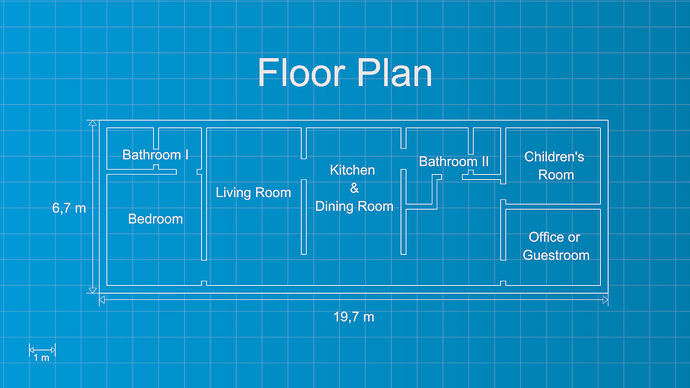 In the next part the walls “grow” out of the ground and the windows, the roof and the door come from the outside
and form a “clay model” of the house (rendered with blender internal). The transition of the background to a “real world environment” is just an animated mix of two images in the Compositor: one from the clay model created with the internal renderer and an image created with Cycles with “real world” environment.

In the next part the camera is moving on top of the house and the materials of the house change (glass gets clear …).
As the camera is pointing directly at the roof it looks a bit boring (looks a bit like a house from the “The Sims” :)). Maybe I put some sort of solar panels on the roof. However, the focus at this point should be on the skylights. 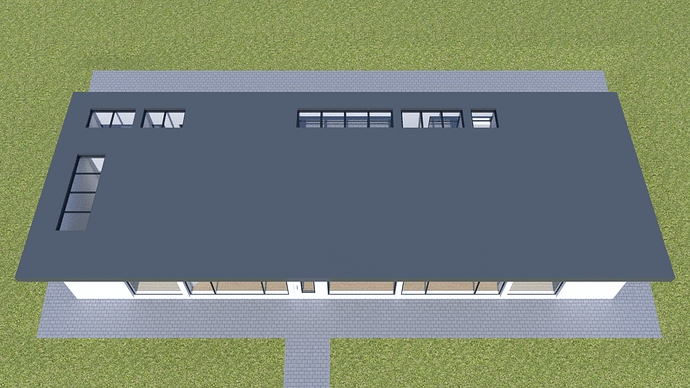 The last part so far shows the interior and the possible furniture of the house. Most of the objects are modeled by myself but some are from blendswap.com and turbosquid.com. e.g. the bathtub, toilet, sink, … 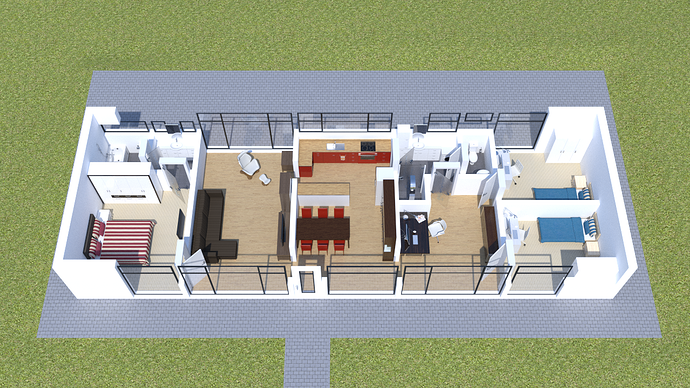 In the next parts of the animation I want to make some stills from some rooms (bedroom, living room, kitchen, …)
and a day time and evening view from the outside of the house with the grass and trees.

So please let me know what you think

It looks fantastic!
The animated parts are good.
The repetitive grass and stone textures are fine for this illustrative purpose.

The furniture dropping in seems a bit fast - but if you have a time constraint - then disregard.
As for the roof, perhaps add some typical items found on a roof: vents, drain-pipe vents…
When I first looked at the static images, I thought the house was on a pedestal - the sidewalk was the post holding it up

Suggest having the windows change to clear prior to the camera rising up. Otherwise I think it is a good animation. The opening with the blueprint starting from a blank slate so to speak.

thanks for the positive critique and suggestions

It’s looking good! Agree with Michel suggestion; another little one: from 00:10 to 00:12 should be nice to see something like ambient occlusion that give “shape” to the walls becouse you could not distinguish from front and back walls.
One question: in the freestlyle animation you have two arrows that measure the distance, it’s all manual (something like shape keys + masked out numbers) or there are some tricks?

The arrows are animated with shape keys and the Text is added as an image in the compositor but it’s probably possible to animate the text with a little python script so that each frame shows the ‘right’ distance.

mad a few changes as you suggested:

As mik1190 suggested I added some ambient occlusion in the first part of the animation so front and back walls are easier to distinguish from each other.
Also the Windows changing to clear earlier in the animation but this part seems still a to bit fast for me. Probably I will slow down the camera movement at this point.

And on the roof are now some vents and a some solar cells or Photovoltaic array.
I didn’t changed the furniture dropping jet. 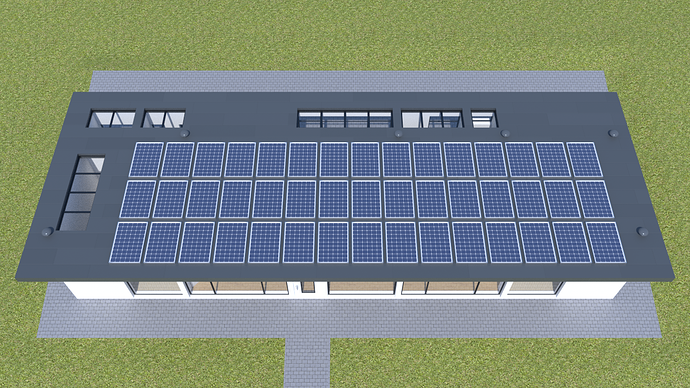 I also made some interior renders 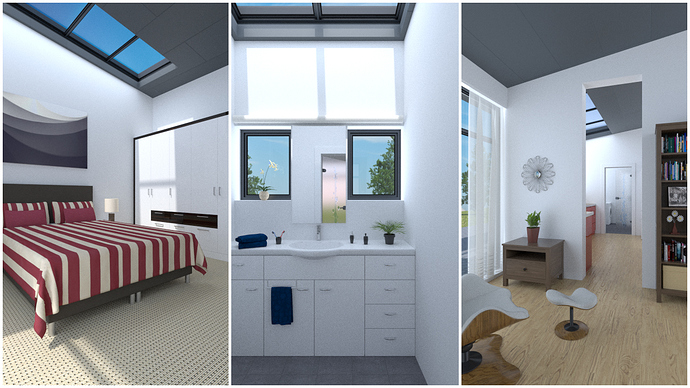 The first one is the Bedroom, the second is Bathroom I, and the third is a part of the living room with a view of the kitchen and the bathroom II.

And also made a quick compositing of the tree images: 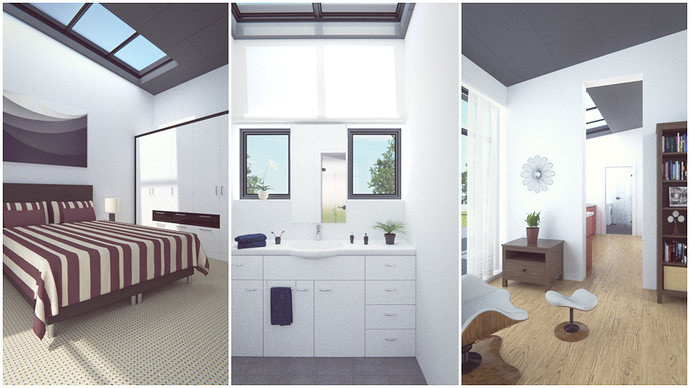 I didn’t used Photoshop or Gimp for compositing, everything done in Blender

At first I wanted to animate some camera movement in the interior parts as well, but each of this small Images (426x720px) need on my machine approximately 40-60 minutes to render :(.

So again please let me know what you think

WOW! It has a really cool look to it, great idea.

I found a caliper script ( link) that can be useful for measuring distance, it especially “animate” the numbers. The interiors come well

. For reducing render time you can disable caustics, set something like 4 bounces max and maybe put some area lights just near the windows, if you did not already set like that.

Very nice work.How did you make the bed covers strips?