I guess this would be fantasy architecture. I don’t know if this
low-res file will show it, but in the print there is a ghostly image
behind one window. 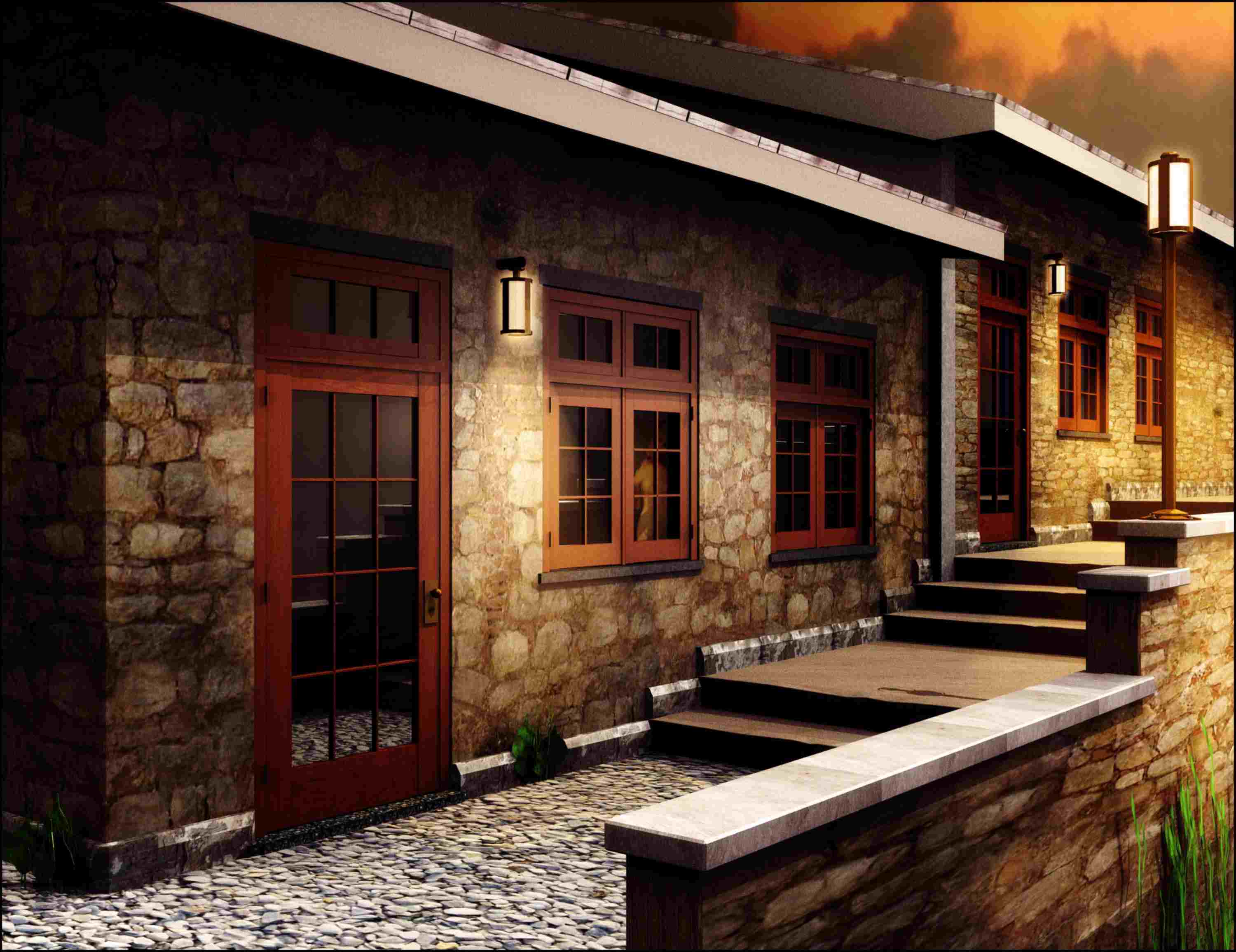 That’s scary. Don’t do that!
I just saw a Chinese horror movie showing the Reaper behind a window.

It’s a bit too low-res and almost low-poly.
But a great mood.
P

That’s great, one of the best blender renders I’ve seen.

The roof is the weakest point of this render. The roof tiles look strange and the planks on the side of the roof are untextured.

watch out for the repeating texture on the top of the stone wall (it also looks too perfect and “new” for the scene IMO). also, try to use better bump maps, the textures look painted on, especially the ground texture. either use a different texture or throw on a displacement map (and watch your render time explode). the roof is terrible (

sorry!), add in some more detail around the edge and get rid of the stretched/repeating texture, thats the only thing that really sticks out.
great lighting! it sets a good mood. try adding a really dim fill light to get more detail in the shadows without taking away from the mood, see if it works. nice texturing, really fits the scene.
solid work.

Can you post a smaller (in dimensions) and less compressed image?

Your sky texture isn’t nearly high res enough for rendering at that size, look at how obvious the individual pixels are (edit: maybe that’s just the compression).

The ground and walls look much too flat, because they are. You should have at least normal mapped the stones to give it some depth.

Sorry to be harsh, I just think those are all things that need work. I can’t really judge the overall scene because I can’t see all of it at once.

what ghost? honestly, i cant find this ghost.

The thing by the window is the “ghost”.

In the window in the exact center of the image.

Fortunetly the scene is quite nice.

ah… now i see it. hard to tell what it is actually, i wouldntve thought it was a ghost… maybe work on that some more? and such hi resolution… is it really necessary? unless you have enough detail to match that resolution, whats the point, and at that sort of compression it just doesnt work.

Looks good, nice atmoshpere. As others have stated, the figure in the window looks too flat and you really should use smaller image resolution and less compression. Right now the high-res version looks like it was made of Lego bricks.

Thank you for your comments.

First, the roof. Yeah, you’re right. Actually, those are supposed to be wood planks. And that was supposed to be a temporary placeholder until I could replace them with slate tiles. But I never got around to it.

The original ‘final’ rendering was about 20 MB, optimized for print. The print at 13" x 19" on Pictorico Gallery Gloss from an Epson 2200 looks great, much better than the jpeg. But I didn’t think about how easy it would be to make a new render at a more reasonable resolution. Here it is.

And I certainly agree that the ‘ghost’ isn’t right yet. I spent a lot of time trying to make it look right, it would have been better to model a person from scratch–something that I have not done before. 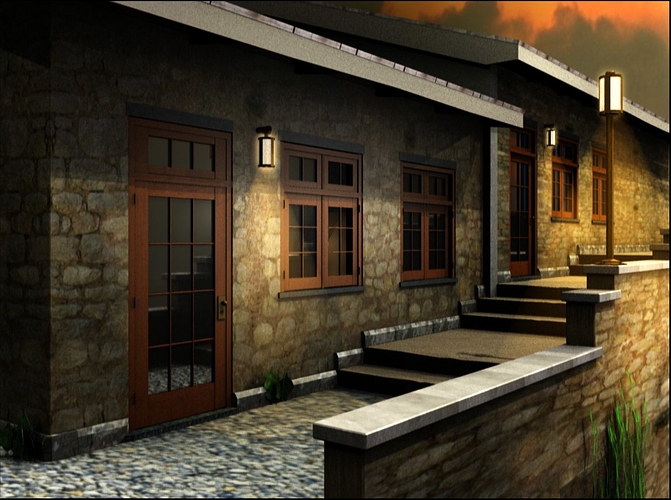 What you can do about the lack of depth on the floor and walls is to make a copy of your textures and convert them to grayscale and apply them as NOR maps, which should give you some more depth. This is quick and dirty and is no permanent substitution for making a real NOR map, but it sometimes works in situations like these.

Anyway, I really love the mood you’ve created with this piece!

thats a nice texturing work and overall its good, but you can improve a little.
crits:
-the roof edges are too sharp, and they do not blend with the rest of the pic.
-Ermm … the lighting needs some work, let the lamps cast some realistic lights and shadows, if you are using sun, the reduce its intensity a bit.

[edit] -you can use normal mapped tex for walls

( its looking good as it is, only my suggestions)

you people see all those creeps because you have the ‘eye’ for it …. I honestly thought it was perfect until I read all your comments… If I were to do that render, the people around me would have “dropped their jaw” (if that is the right word for it )
I got around blender 3 years ago when I was still a student of architecture… when I got out to the professional word I got stuck with ‘ArchCad’… since now I can manage to have the time I’m in bed with It again… not actually for rendering - I’m in for the game engine … I’m trying to create a city scene
Only if you were here…