Are these headphones any good?

Hey ya. I’m wondering if you think these headphones are any good. 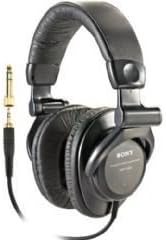 oh, at the smallest size they barely fit on my meaty head, and if I try to look straight up they tend to want to fall off. Not headphones for napping in [but I now have speakers for that]

the cord is coiled like a phone cord and can stretch so several meters… or something. I haven’t had any problems with it tangling, but I don’t move around all that much.

used to, I haven’t been able to see it in ages [I don’t have cable anymore and am too lazy to download it]

the mad mod episodes were the best.

I personally liked the one were Starfire was joelous because this girl went out with him becuse her father was this fly person, and he would release all his incects on the city if Robin didn’t go out with him.

It totally surprizes me that they cancelled it.