So with work and life its taken me way to long to get as far as I am, just no time to work on it. However, I’m finally to a point where I’ve got something worthy of showing! Basemesh and all poly modeling done in Blender, HD sculpting was done in Sculptris and ZBrush. Normals will be baked in Blender and texturing will be done in Blender and Photoshop. I’ll let you savor the HD model a little before I post the low poly. I’m still working out the kinks with it. 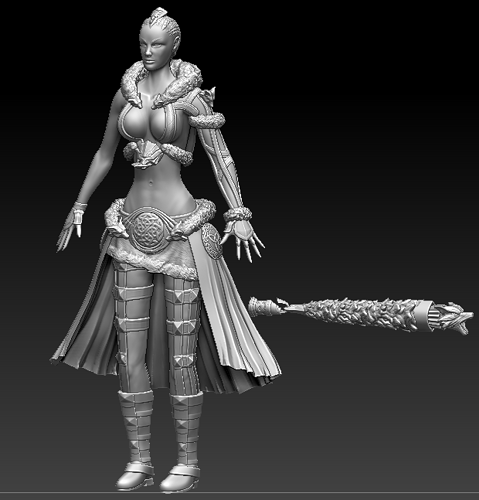 That model looks amazing. I cant wait to see more of this. Keep up this fantastic work!

Ok, time for some low poly shots. Low poly model is notably under my 6500 poly budget sitting at 6227 right now.

I’ve baked all my normal maps as well as an AO map. Right now the model has the normal, AO, and alpha maps on it. I’m working on the diffuse and I’ll post it when I’m further along. 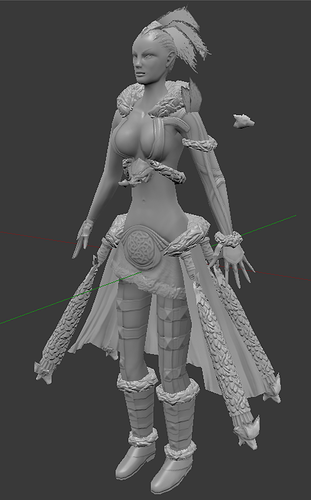 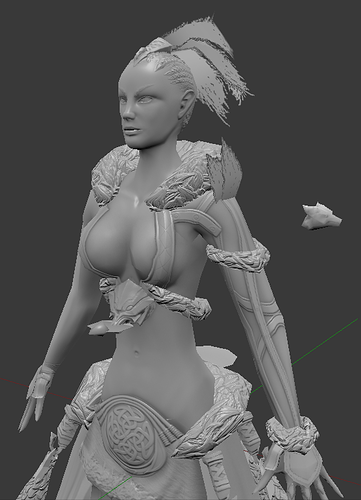 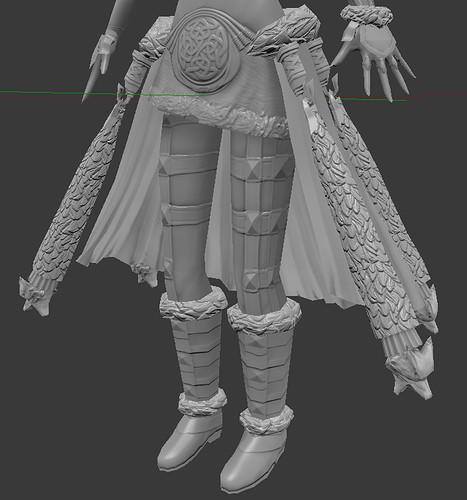 I got a chance to move on to some of the texturing last night. Didn’t have too much time, only got about 2-3 hours on it. Let me know what you think. 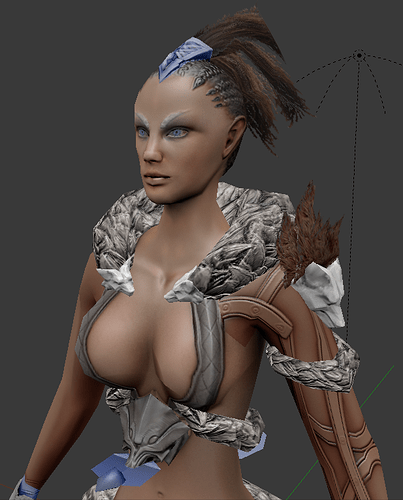 Her hair and the hair of the animals need more…hair,
Her leather armor at the arms doesnt really feels like leather.
And i see a poly at her left tit.

I really like the character design, and the texturing is coming along very nicely. The only complaint I have is that the proportions seem off. She’s extremely skinny, which I’m sure is a stylistic choice, but the legs just don’t seem right to me. I think maybe the knees are to low? Also they’re the same thickness all the way up? I’m not real sure. I think its the knees. I’m sure it would be unpleasant to make changes to the base mesh at this point, so maybe just keep it in mind for your next one.

Thanks for the critiques!

SpindleRift: I agree, she is super skinny. Not artistic choice by myself, just following the concept art provided. I did take a look at the knee section though and I’m raising it up just a little bit.

First shot from UDK. Still making progress on the texturing but I decided to take her into UDK to see how everything was coming along. Untextured areas are still plain white. 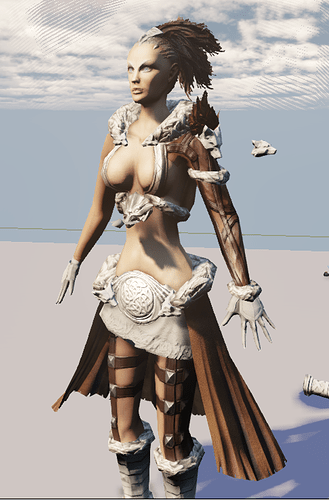 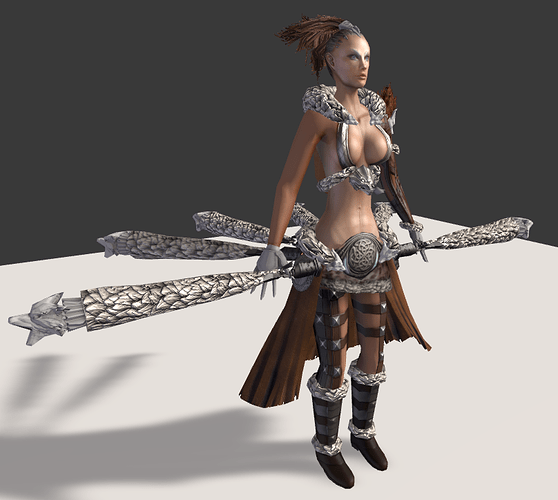