Ok, so I’m somewhat stumped by this. I made my model, rigged it, and then proceeded to animate it. When I rigged and animated it, the armature matched the model (ie. the tail was where the tail of the model was, and the joints in the wing all perfectly matched up.) Somewhere along the line after opening and closing the file and just tweaking things the armature somehow got displaced. when in rest position it no longer matches the model’s rest position. 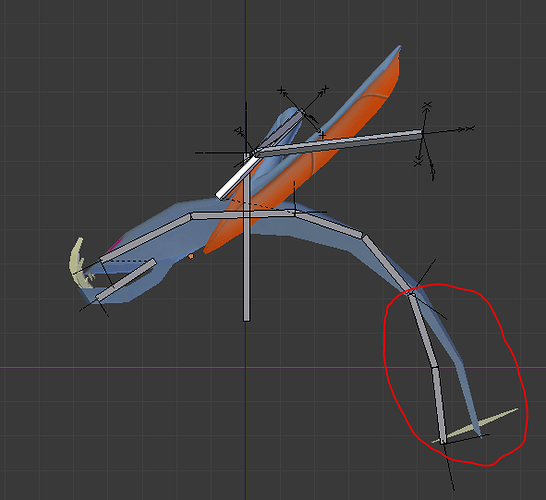 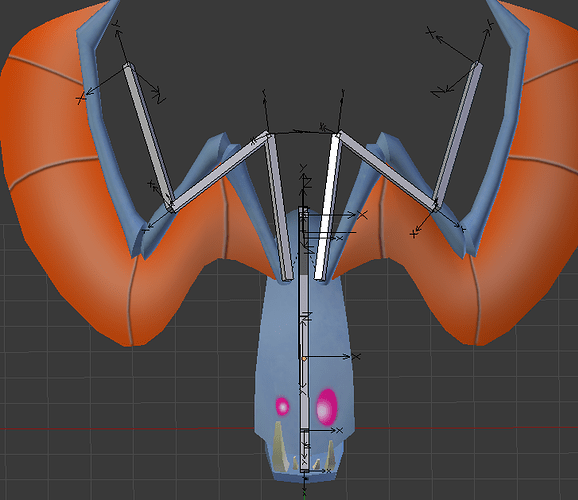 Has anybody had this problem before? Any ideas on how to fix it without re-rigging and losing my animations?

What does it look like with the armature in “Rest Position” - just click the rest position button in the armature’s panel.

That is the rest position

I would bet that you did not have your mesh or armature at the zeroed position (location 0,0,0, rot, 0,0,0 and scale 1,1,1) before you started rigging. Check that both are zeroed in object mode and then in edit mode with your armature selected re-position your bones.

Yeah, I didn’t do that before rigging. I did what you said and everything is good now, I’ll have to remember to do that in the future. Do you know why you have to have everything applied? Anyhow, thanks!

In a nutshell it’s because default positions matter in 3d, for objects and especially for bones.

Here is an example. Let’s say you model a character and decide it is not large enough so you scale it without applying that scale. For this example let’s say you scale it to 2,2,2. If you then rig that mesh, the armature, in it’s default position, is now twice as big as your mesh in it’s default position. Blender gets confused and the armature wrecks the mesh. If you apply that scale to the mesh then your armature and the mesh are the correct size ( and the correct origin).

That’s an over simplified example, but I would bet that it’s the number one problem on the rigging forums.