Hello Everybody I am following a very nice tutorial on blenderguru.com website and I have some difficulty on using array modifier and rotating the object around an empty object.
In the tutorial “High rise bulding - Part 1” at a certaing point (around minute 3:50) it applies an array modifier to the object, then creates an empty object as a reference for a rotation.
Well, I am doing exactly the same but instead of cloning the object at the same place, my blender creates another smaller object between the object itself and the empty object (see pic)
Any one has an idea why? Maybe general settings are not correct? 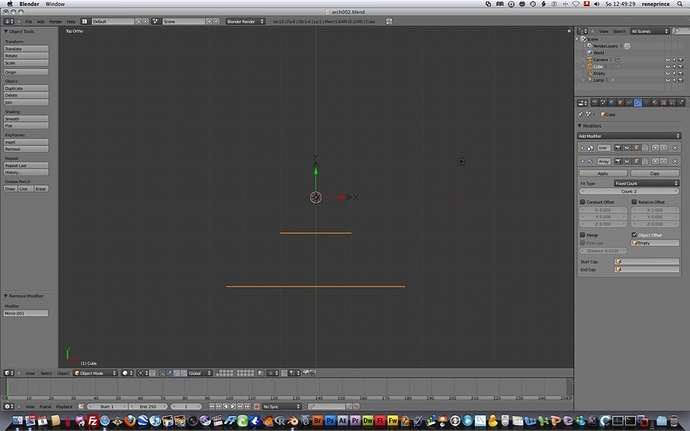 I have discovered that adding object to the array is working but the objects become smaller and smaller (and with offset). How do you disable this feature to create equally sized objects?

Make sure you don’t have uneven scale values for each axis (check scale values in properties panel N). Use Ctrl+A to reset your objects scale value.

Ctrl A would apply any scale to the object,
Alt-S would clear and scale transformations.