I am trying to use the array modifier but I need it to go in a circle I have tried this http://cgcookie.com/blender/2010/03/30/tip-spin-duplicates-with-an-array-modifier/ but it is not working for my needs. Some will say to just use a Tours but this also dose not work for my needs. 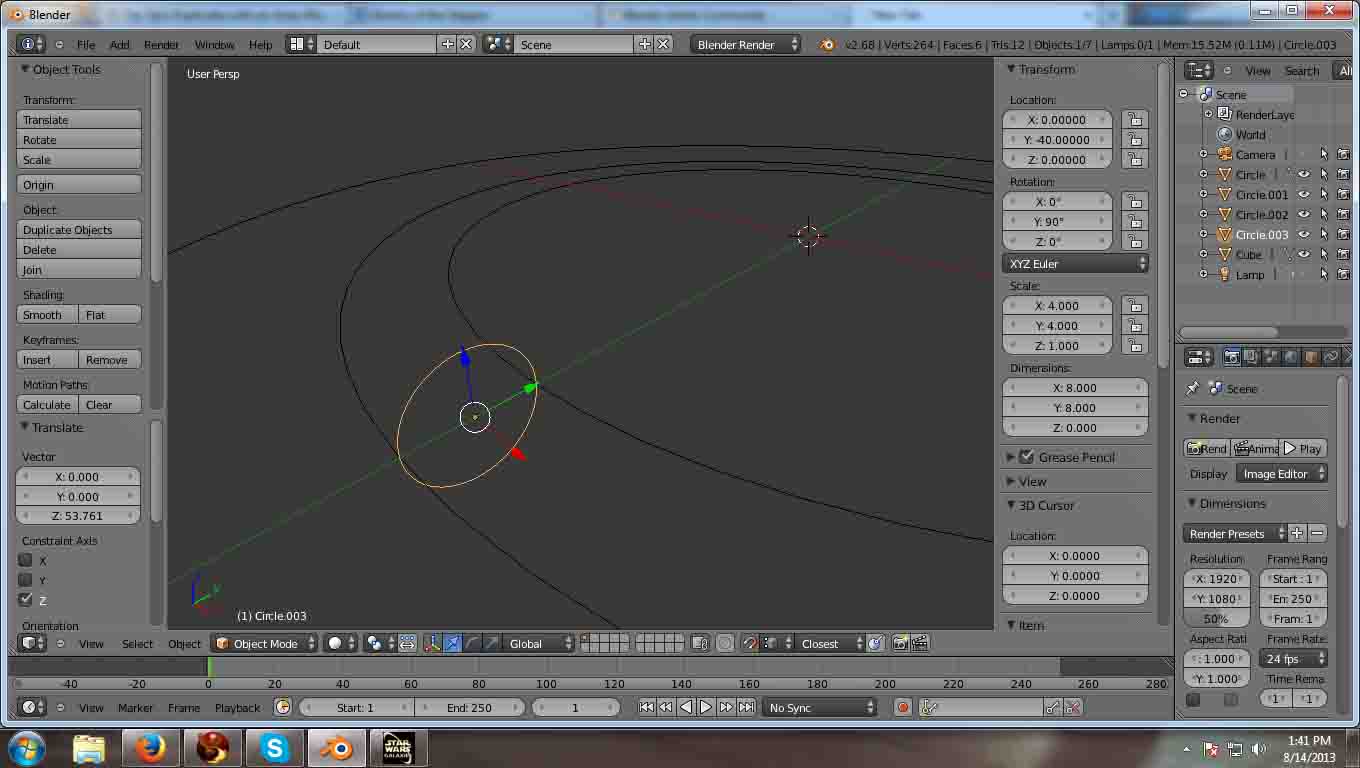 I need to be able to repeat the object (The highlighted circle being the example) around after I am done with it
Thanks in advance.
Richard_Marklew (Richard Marklew) August 14, 2013, 11:58am #2

but it is not working for my needs
Which are what ?

You want to use the array modifier but you do not show us what settings you are currently using that don’t work for you.

Give be a bit so I can get a touch further with my progress.

Note that you cannot use an array modifier to loft a circle along a curve as it looks now in your screenshot. The circle has zero dimension along that axis. The correct solution depends on what you want to achieve.

extrude the circle a little bit and then try

Do you have to use the array modifier? It’s less changeable once you’ve completed the action, but you could use the Spin Tool in edit mode with Alt+R, even if you don’t want the pieces attached just check “Dupli” in the tool panel while doing it. Just make sure you’ve applied the scale of your object(Ctrl+A) or crazy things will start happening.

Try the spin tool like Enigma suggested or the screw modifier.

Here is a example of the screw modifier:

Thanks a load the screw mod did the trick ^^