Hey guys, another asset. This time loosely modeled off of the statues on the Hoover dam. Here’s the sculpt, about halfway done, still no surface on it. Sculpted in ZBrush.

cool model, nice texturing to. very art deco looking. it would look good in or on a building.

It’s actually just a mat cap for now, but thanks

Excellent work. It happens that right now I’m reading Ryan’s Atlas shrugged and you work looks so authentically that I stop imagining characters in similar style.

Thanks for the help everyone! Some really useful suggestions.

its a beaut honestly ;D I really like it thanks!

So I realized I never put the proper finals for this guy up, so here goes. Rendered in Marmoset, 3100 tris, 2048×1024 diffuse, spec, normal, and gloss maps. The textures are large mostly because Marmo is pretty inflexible with it’s shaders, so I wasn’t able to optimize much, but the asset itself is very large and prominent, so it needs some fidelity. 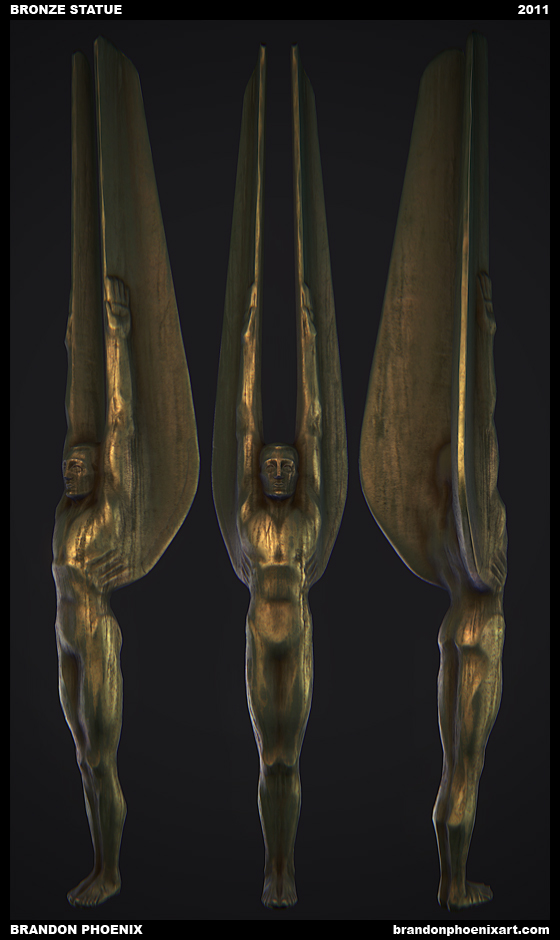 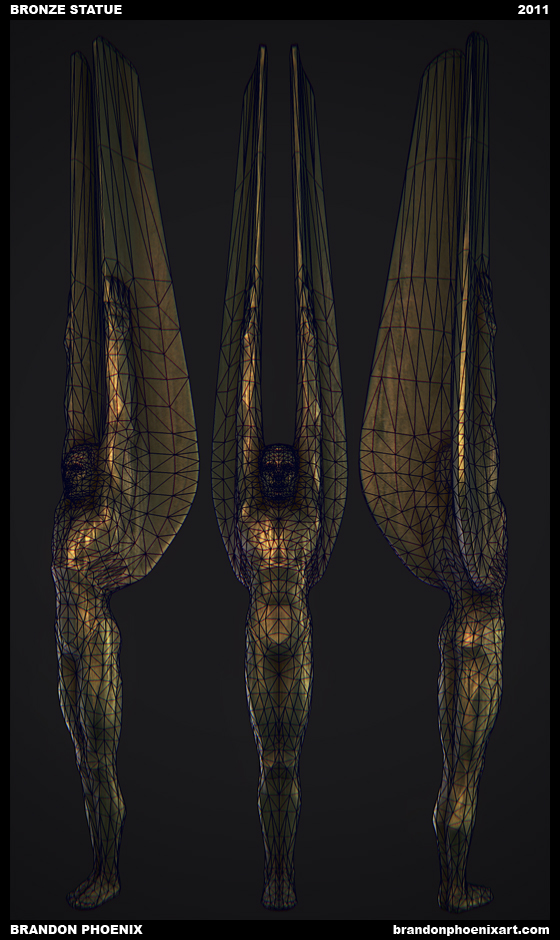 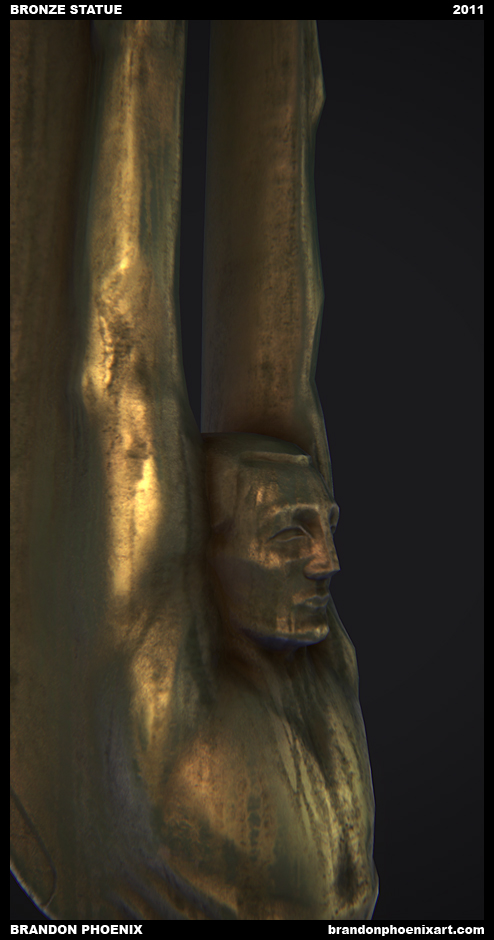 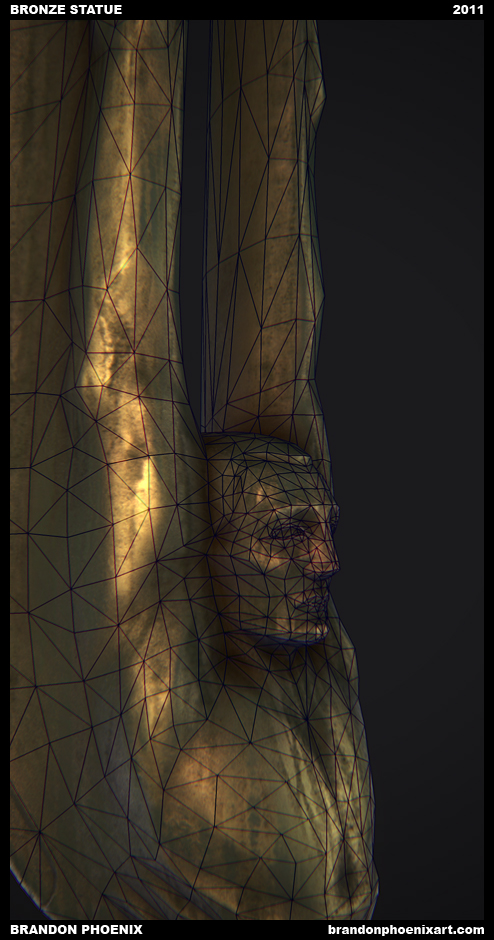 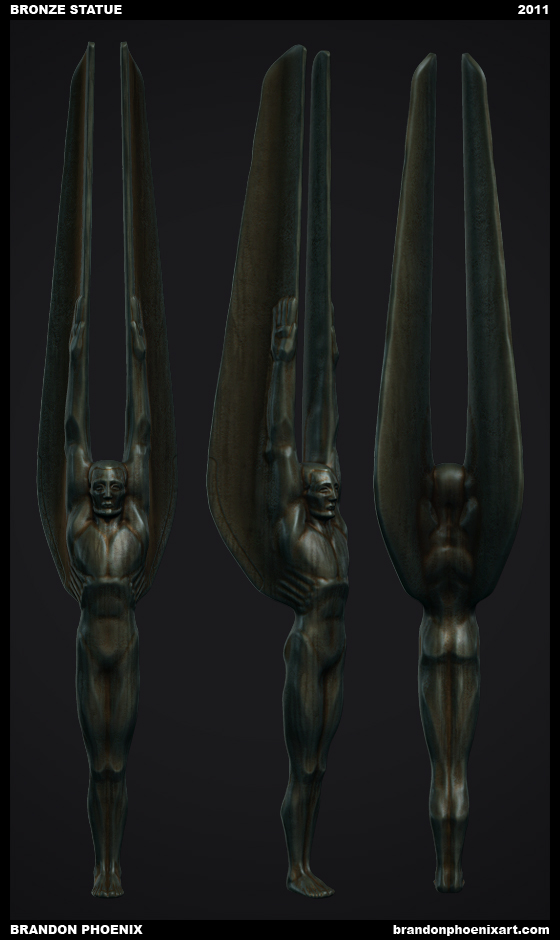 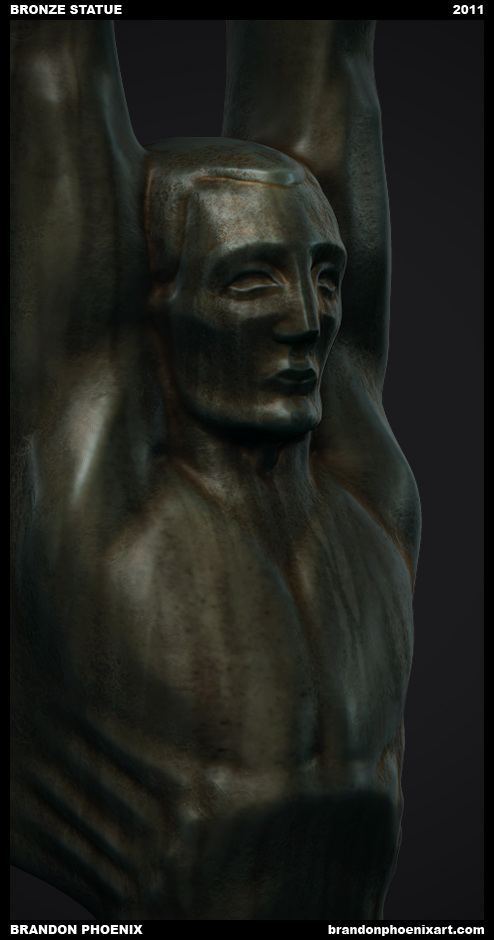 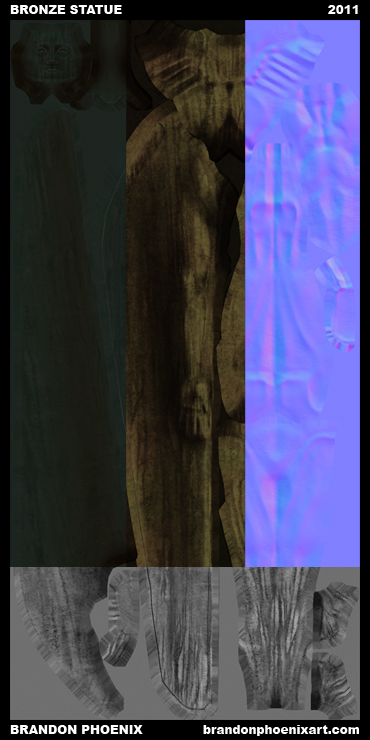 Actually I was really admiring that first matcap. Very good modeling and texturing, though. Is it for an actual game, or do you just feel like doing game art?

Thanks man! It’s primarily just practice for sculpting and mats.