As sensed through the finder

looking at all the great artwork in this section of the forum I did hesitate a long time to post anything here. And furthermore - what I want to post are my first humble results of my new love for photography and therefore something different. I hope that it is in order to post photos in this traditional artwork section as well. I haven’t seen any photography here. And, I do think that photography is art form as well. It has so much in common with what we do in Blender. Lighting, composition, and story telling are perhaps the most important similarities.

So let’s go. As always feedback and critique is appreciated. 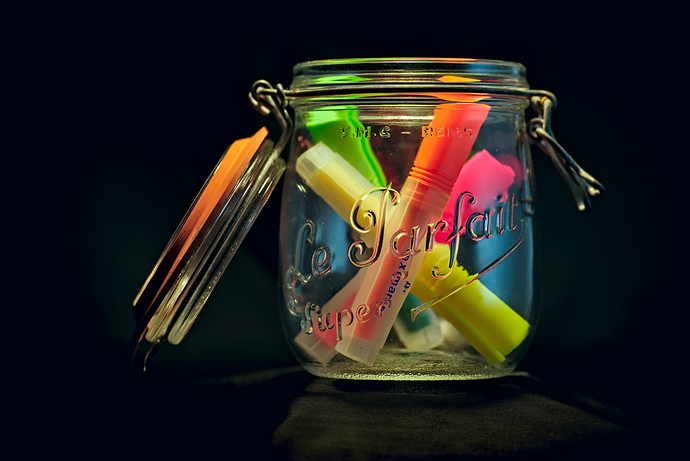 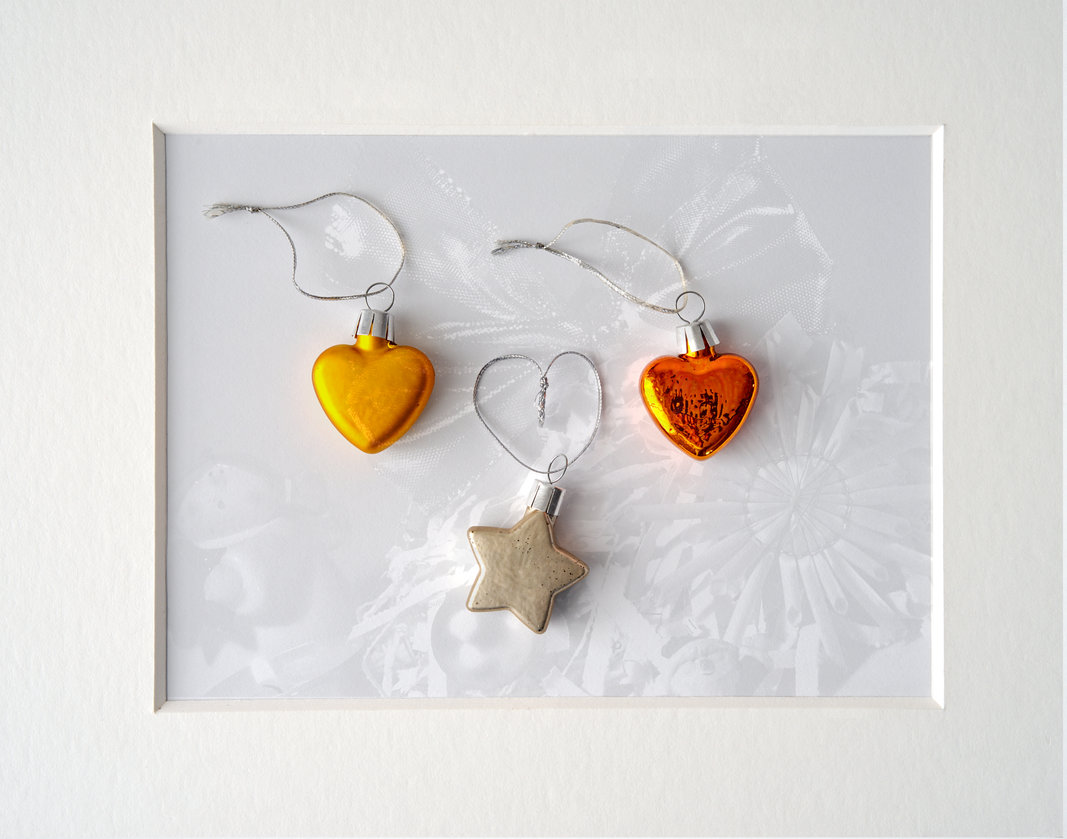 This is one shot out of a series of shots that I did on that subject. 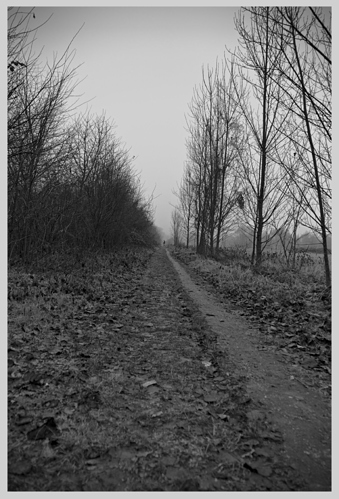 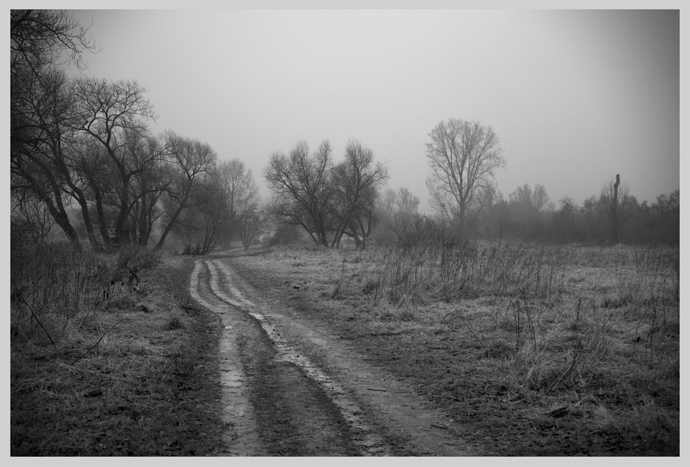 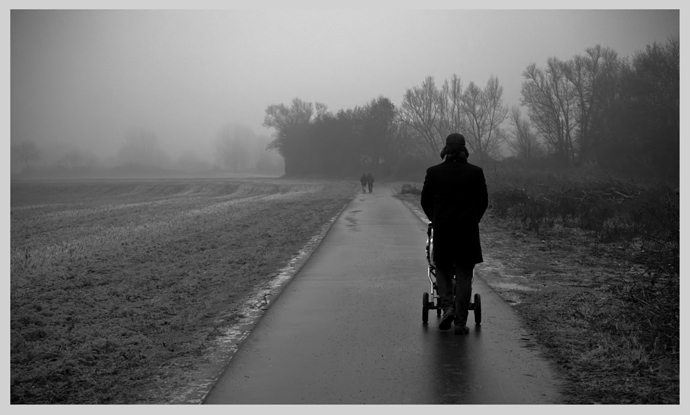 The fine art world did finally decide photography could be art but it took many years. And, that passed many of the greatest photographers by since they had long been dead and only now is their work being displayed. Well, that happens to be my understanding. Anyone disagreeing with that can simply kiss my old ass.

And, I bring this up because the last picture in post # 3 reminds me of something done by a photographer doing that period. If the ‘Blender Guru’ can have tutorial after tutorial about photo realism then why not have what he is trying to emulate. What half this forum is attempting to emulate for that matter. Now take a empty view-port and duplicate this. In spike of IKEA I don’t think photographers are exactly going off into the night. Outstanding, minoribus

The last three are great. I’m guessing that is somewhere in Algau?

Thank you both, Ghost and Modron!

The last pictures were taken near the river Rhine somewhere between Cologne and Bonn. I knew before, that I had to process them in black and white. I feel that fits the misty atmosphere and the twilight best. And I’m quite happy how the exposure came out, especially in the last image. Shot at 70mm, F 5.6, 1/400th, ISO 320 if anyone is interested in the specs. Processed in Darktable on Linux.

“Painting with light” is a common description for what photographers do. Not that I would call myself a photographer, but maybe that’s one aspect of many which qualify it as artwork.

I have a very simple view on art. It’s whatever I consider it to be. The medium doesn’t matter. Or why I find it interesting. So photography doesn’t need any special dispensation in that regard. It’s either something you find appealing, for what ever reason, or you don’t. Like anything else. Computer generated, or more “traditional”. It doesn’t need to be qualified or validated by the opinions of critics.

Neither do you need to be a professional to create or capture something beautiful. Although there’s certain things a professional would know about the process through experience and training, that might give them some consistency.

I find something interesting in all of those images above. Particularly the outdoor shots. But the first image is appealing too. The way the light passes through the glass and the contrast of colour amidst the void of black. I don’t always know why I like something. But that doesn’t mean it’s not art.

Thank you very much for your encouraging words, Macser! I agree, artwork isn’t defined nor is it delimited by the tools. I’m glad that you also like the first image. It took me several hours of experimentation to get the lighting how I wanted it to be. It was especially difficult to lighten the embossed writing on the glass in a pleasing way. And an essential part of the composition and intention was the play between the lettering and the content in the glass. Here is another one of that series, which I created some days after the first shot. 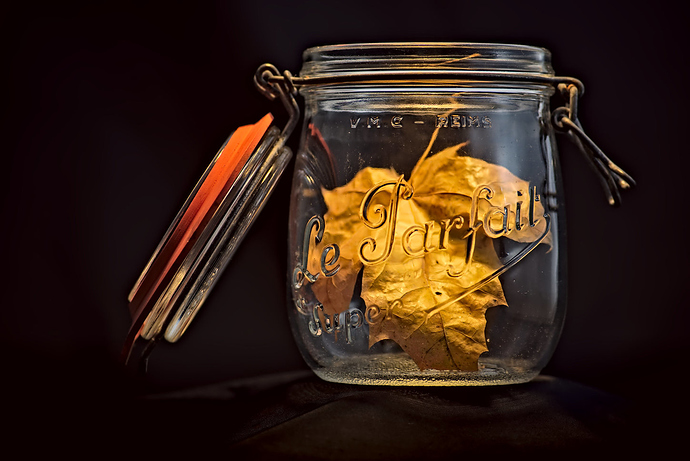 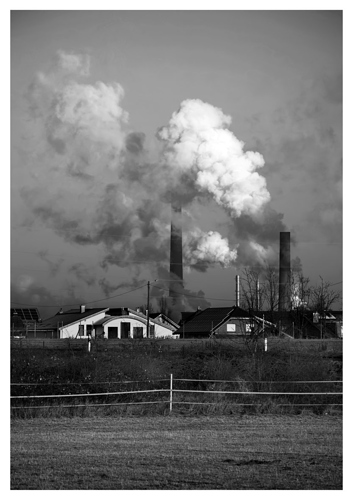 Last Sunday I was out to shoot some photos. This is taken at a location where I drive along every day on my way to work. I wanted to depict the coexistence and the contrast of the rural landscape and the local heavy industry. It took some time and some attempts to find the sweet spot for that photo and when I found it the sun was much higher than I planned for that. I used a slight telephoto lens at about 200 mm. This compresses the distance between the buildings and the chimneys - but this compression supports the image and the story very well, imho. Again I found that black&white was much better for the statement of this image. Unfortunately BA applies a lot of technical compression to the images … 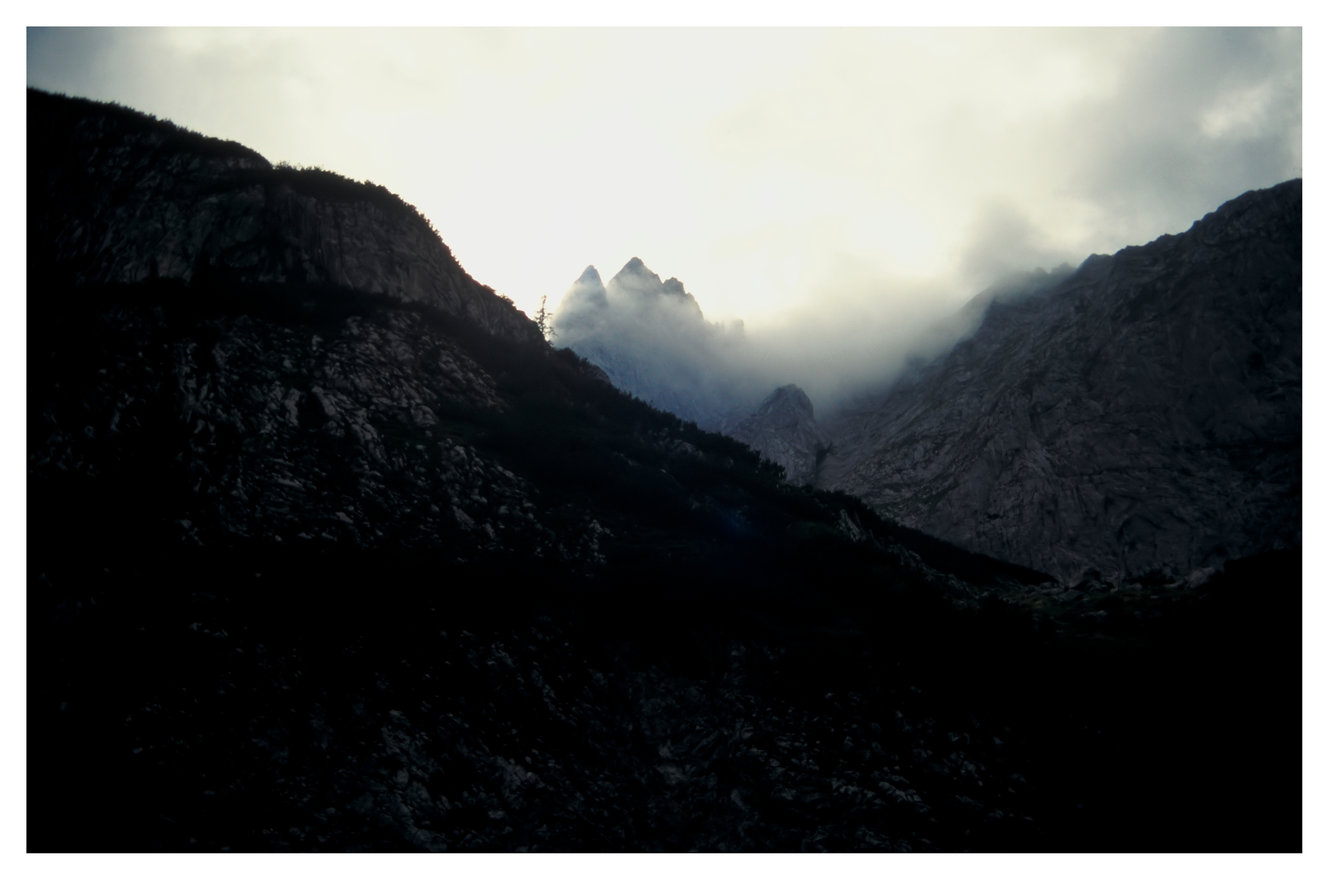 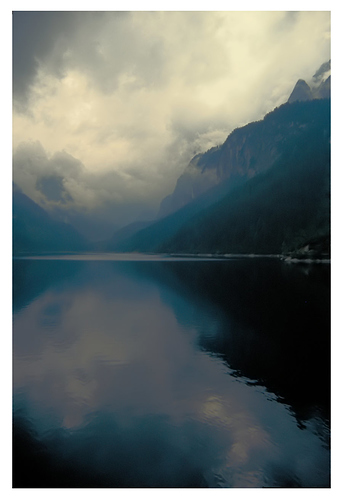 These photos have been created back in 1992 with an old analogous Pentax on slide film in the Austrian Alps. On one of the last evenings I replicated a complete film. The colors on the slides were bleached and there was some fungus. It was plenty of work to fix that with the healing tool in Gimp. “Development” of the replicated raw files was done in Darktable on Linux.

Mountains are such a grateful subject

I like the mystical atmosphere and the subtle gradation. I also like the contrast between calmness and drama, especially in the shot with the lake.

Nice work minoribus and with the last one I can see why the horizon line is almost exactly in the middle. If I’m not mistaken you still have Windows on one machine yet choose to use a Linux program for editing. Maybe for us fairly new Linux folks you could elaborate on that a little.

Since I started to play with Blender in late 2011 I learned so much about composition. From the net and from helpful fellow blender artists here in the community like you, Ghost. Back then, when I made this photo, I didn’t know anything about composition. Therefore it was a lucky shot, so to say.

But even today, facing what I learned so far, I would do it perhaps the same way. I’m sure I would take several pictures today. One with a low horizon, one with a high horizon and one with the horizon line in the middle. Oh, and for each of them a set with different exposures, maybe one full stop apart. Then I would probably publish the one with the horizon in the middle again. I would break the rule of thirds, because this way there is a nice balance between the calm lake and all the drama in the sky.

At home all my computers (my main render station and a laptop) are running on Linux now. I had too many debates with Cortana

Darktable is an open source Raw Converter, which I use to “develop” the images. That is a nice and very capable software. Here is a short video intro to Darktable:

@minoribus, if I remember correctly your technical skills were amazing and your eye wasn’t all that bad. I just pointed you to link after link in this journey you’ve been on. I might add many links were probably a waste of time. So thank you for the generous remark. I think the technical expertise now belongs to the eye of a artist. A place you would have reached anyway or indeed might have been at.

The rules are made to be broken. And, once they are understood we might have a reason. But, if I’m not mistaken a reflection of the sky calls out for consideration of a midpoint horizon line. Which evidently you did intuitively.

Thanks for sharing the link. I also had way to many debates with Cortana and eventually threw her shit in the street. No physical violence just the Microsoft luggage sailing out the door. Goodbye and don’t let the door hit you in the ass, bitch.

You seem to be quite a competent photographer, minoribus! Good subjects and variety as well. I’m sure it’s not intentional (or maybe it is), but I notice there’s a common theme of fog or clouds within all the environment images. It gives the images an extra (and literal) layer. It’s funny how the simple addition of a fog or cloud layer can give such a strong feeling of depth, and even story. Do you often look for fog or clouds when shooting, or is it just a coincidence?

I also really like your glass jar images. Those are some of my favorites out of them all, partly because glass is so difficult to shoot well. You did a great job on them!

Thanks for your kind words, Ghost and James

I wasn’t searching explicitly for the fog. Even when I shot the foggy day in #3, I’d say that I only took the occasion. But the occasion was there and my camera ready

Nevertheless you are absolutely right, James. Fog adds a lot to the images.

Happy Easter, to you all! 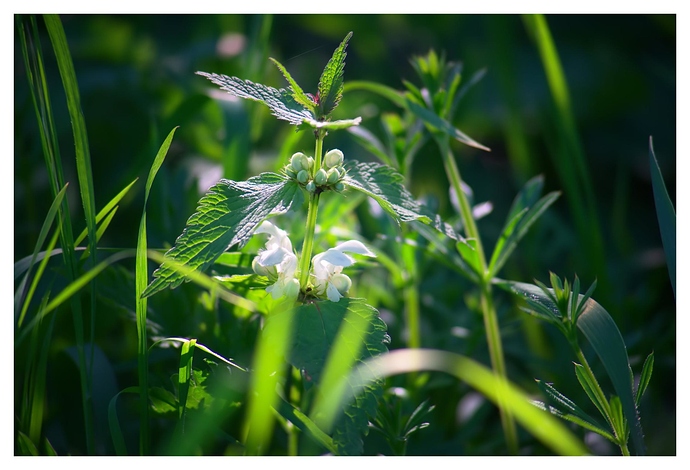 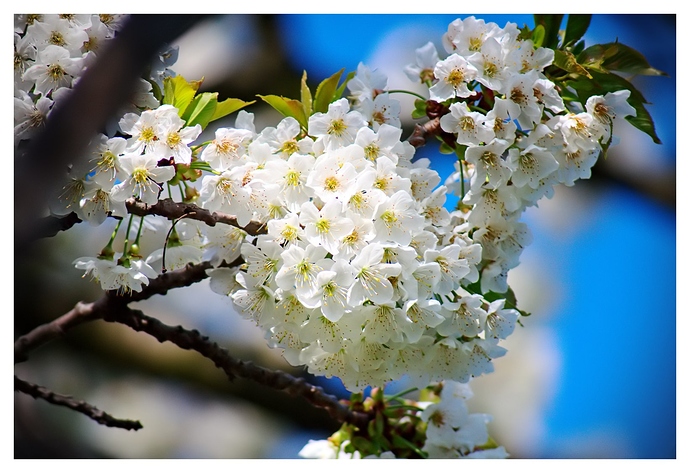 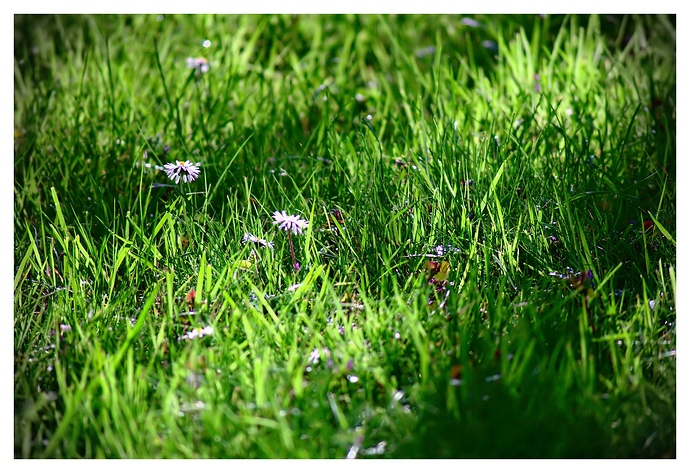 minoribus, glad to see Spring has visited Germany. And, while I love the nature studies please share a German City doing Spring. In other words your home and the German people through your lens. Living in America and never have been to Germany that is something I would find interesting. As I found post #9. And, while anyone can Goggle you are German with a good eye and sense of home. Now releases are a concern here if used for commercial purposes. I have no idea what the laws are in Germany. Hopefully the same where you can share some work without worrying about 72 releases in a street scene. And, if some voluptuous Fraulein happens to be in a shot kudos from shipyard Virginia. : )

Ghost, publishing shots with people is restricted by law here. You need their explicit agreement. Only few exceptions are made. This principle is called the “right in one’s own images”. #3 was OK, I guess, because nobody is recognizable.

A few days ago I went to take these two shots at sunset and in the blue hour. The first one is for you, Ghost. 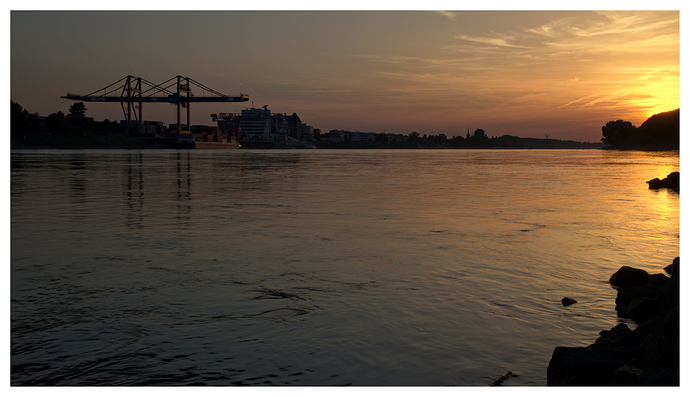 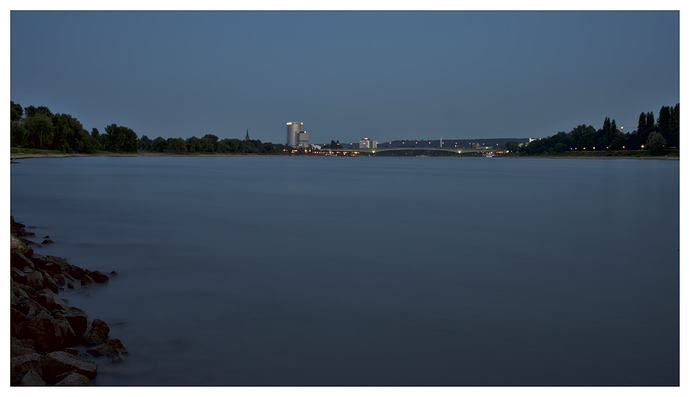 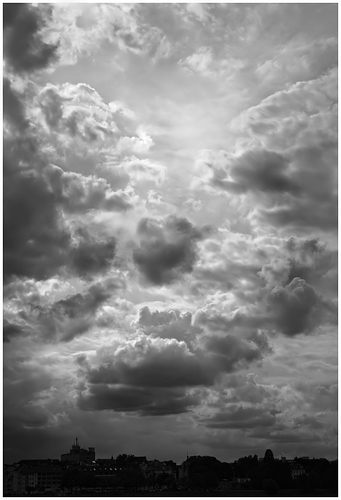 Sky over Bonn, Germany, some days ago.
Developed purposely to resemble a painterly impression.

minoribus, hey, thanks guy. And, having worked 2nd and 3rd shift for over sixteen of those years you nailed it. I saw very little of the James River and the shipyard in full daylight for quite a few years. But, the hours / lighting you mentioned lends itself to industrial shots as you have realized here. Glad to see you are out and about once again. Also, Post # 19 did exactly that IMHO.