Attack of the Kraken

In the beginning modelling stage: 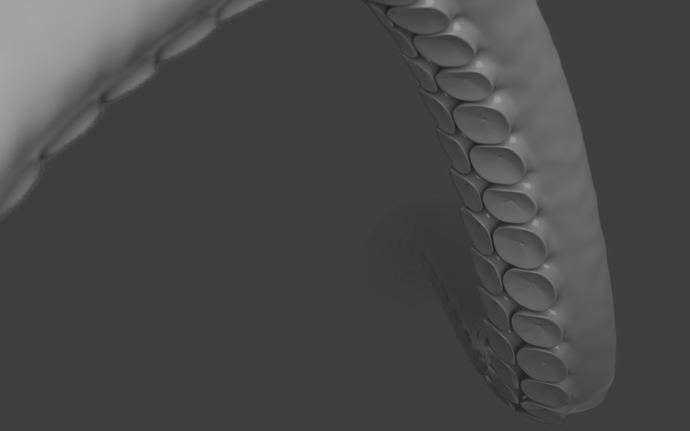 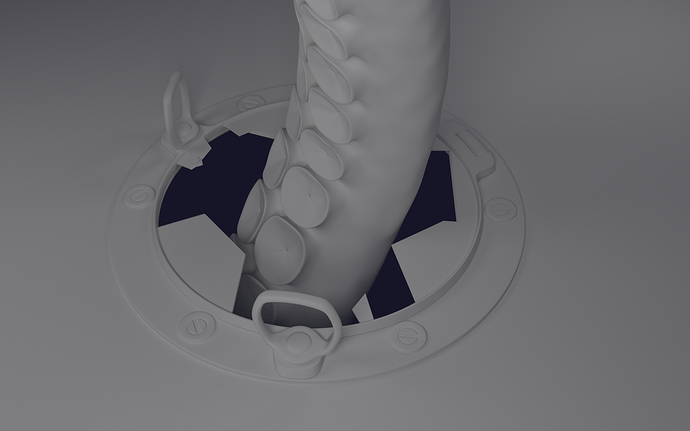 A closer look at the window: 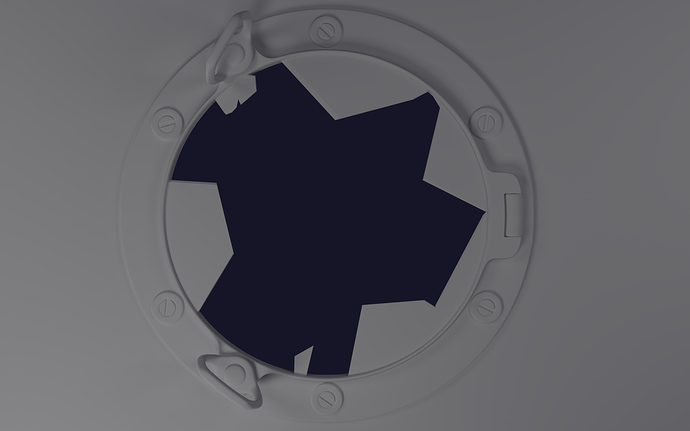 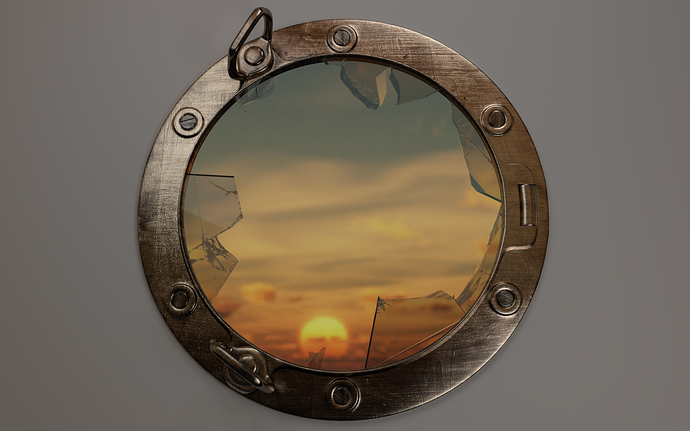 nice texturing. but i think you didn’t make normal spec and other maps.

Kramon, there’s definitely normal and specular map, so I’m wondering what you think I can do to make it look better?

Looks nice. Can’t wait to see the tentacle coming through. The background through the porthole? Is it pre-rendered and composited?

I haven’t had much time to work on this, but I did a bit more texturing and shading work on it.
Also added in flying glass shards with motion blur 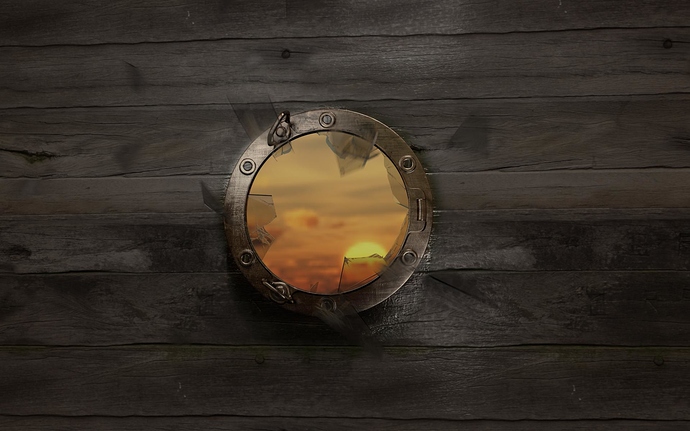 Love the textures.
The port looks too small by the size of the screws, timber and the tentacle. Maybe make the port larger with more screws the same size? Keep the ties and hinge the same size as well.

I based the window on this image I found on google images, so the scale of the screws should be somewhat right, but I might want to tweak it a bit. 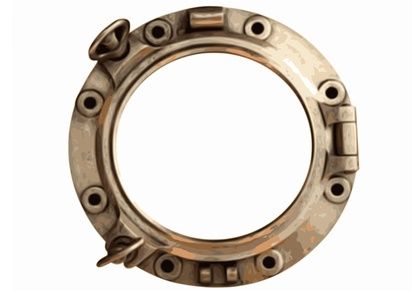 I think you’re right about the planks though. I’ll play around with the scale of things a bit more, to see if I can get it right. Thanks!