I’ve been working on this for a very long time, and to be honest didn’t really do anything in the past month (apart from the last two days).

I did usually want to wait until it’s finished and then post it directly in the Finished Projects section, but I am a bit frustrated about it at the moment.

It appears as if a backup I did didn’t properly overwrite the old file, and then I had a broken filesystem (caused by myself incidentally), so now some parts are lost.

It has it’s good sides, though. I could redo most of it in the past two days, and it got better than it was before… All that I didn’t restore yet is the steering wheel with all it’s accessoires.

Currently I am mostly in an error fixing phase, that is why I post it here.

This is the first model that I use heavy modular modelling on, so I can quite easily fix just about anything. That has always been a major problem with my former models. It does have drawbacks as well, though. because the modules have to fit each other, there are some sharper edges where it should be round, I still have to find a workaround for that (on the chassis where the rear window starts, for example)

Search the forum for car shader`s and things.

Modeling it is ok

looks great!! My fav thing in blender is cars! lol

where are the wheels? Love the car’s shape and all that.

Numarul7: Thanks, I use Yaf(a)ray that has some very different material setups than Blender, or even Yafray, so I am mostly put on my own in that case…

The paint I am trying to imitate is the orange from the Lamborghini Gallardo, that is also used on the Audi TT RS by PPI
www.ppi-auto.com

I tweaked it a little already, but it will also be the last thing I’ll focus on…

Most of the car is finished now, but there are still a lot of smaller details I might do…

already good for a showoff, though, I think…

better quality renderings will follow, but I think I’ll do some bugfixing first…

At the first glance:

You still have many panels that need to be beveled and too many sharp edges (around the headlights, on the wheels …)

Thanks Jesusfrk,
and cipix, very good critique, thanks, I had few time working on it, but fixed a lot of things and added some.

I added the interior rear view mirror and windshield wipers, as well as brakes and the seals and black borders of the windows.

I did a lot of fixing with the sharp edges, especially the lights gave me huge problems…

I didn’t really do a lot on the interior, yet, just some minor fixing, that is less than optimal for now…

I also created a new render scene, first time I actually created a studio setup, so it needs tweaking as well, but I think it was time for another render (had to test the fixes anyways).

I already found some new errors in this one, but wasn’t ready to take the long render time again just for them:
-there’s a wrong weld on the front bumper
-there’s an error with that frontlights that makes it appear as if there’s a gap between them and the chassis (fixed, this was actually just a z-buffer and material related error)

[EDIT] I actually found out that the front bumper weld is correct for the original car, I just had to smoothen it a bit…

Adjusted the windshield wipers a little and did an into-the-cockpit shot as well:

some minor tweaks (like bigger brakes).
I will have to remove the reflection on the brakes, but I just noticed that when it was already rendering for hours…

also added a tank cap, a render of that will follow later.

[EDIT] noticed that the attached image is compressed quite bad, so for those who don’t mind a higher filesize (~150kb), here’s the imageshack picture: 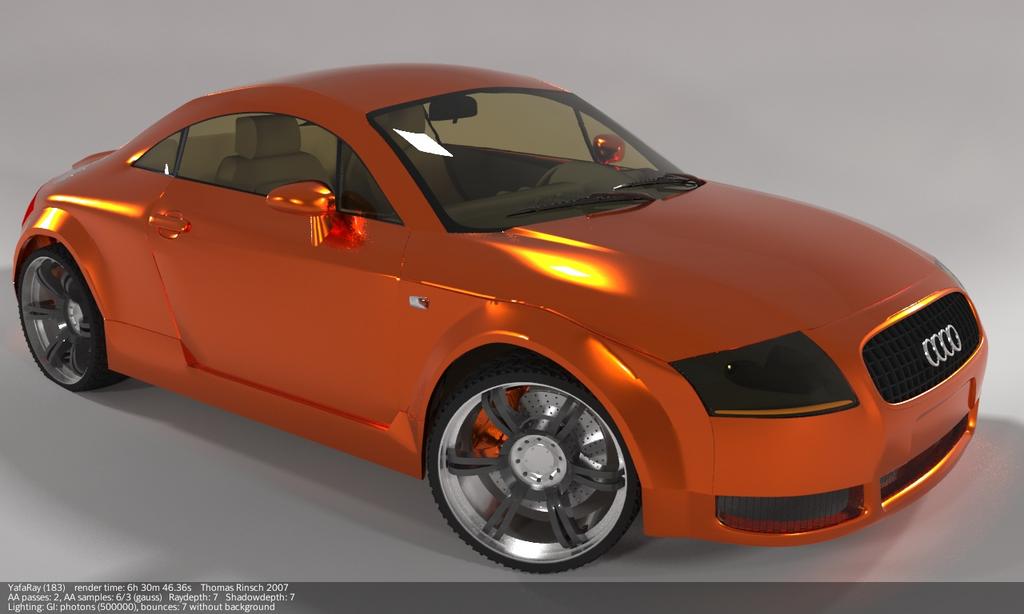