Changing the built-in limbs rig connections is likely subject to issues when exporting, yes. It may or not work depending on the case, it’s a “do it at your own risk” case

No “breaking” performance issues have been found yet, although it may be slow to export when using high poly meshes (~100.000 tris or more) or long/multiple animations (multiple minutes of animation to export).
There may also be “performance breaking” systems in the scene, such as cloth modifiers, or any other modifiers that require heavy computations. These modifiers are evaluated when exporting animations, even if they’re not part of the rig, leading to slow downs.
If you still can’t find the cause, feel free to send the blend file i’ll have a look:
http://lucky3d.fr/auto-rig-pro/doc/bug_report.html

Regarding the mannequin pose compatibility, the latest Auto-Rig Pro released a few days ago includes better rotation for fingers, when using the “Set A-Pose” function.
http://lucky3d.fr/auto-rig-pro/doc/auto_rig.html#changing-the-rest-pose

For other bones rotation problems in game engines, you can see here:
http://lucky3d.fr/auto-rig-pro/doc/faq.html#animation-issues

Yes, you can tag it as custom bone:
http://lucky3d.fr/auto-rig-pro/doc/ge_export_doc.html#custom-bones

The perfect way to do it would require to script, but it’s probably faster to simply apply the pose as rest pose, bind it, then pose the rig in the previous rest pose, apply the armature modifier of the jacket, and save it as a different file. Then append the jacket from this file into your original file.

There are no hair bones as presets currently, but you can easily add your own set of new bones, and save it as a new custom limb if necessary.

The presets .bmap files are located in the “remap_presets” directory, part of the main zip file that you can download.
http://lucky3d.fr/auto-rig-pro/doc/install.html

I’m not experienced with such double/offset controllers, but as far as I understand I would rather not recommend this setup. Although I agree it may be useful to use it as “layers”, for example to add a slight shaky motion on the offset controller when the character is shaking, it can end up being quite confusing to use two controllers instead of one for the same control/deformation. Animation layers/strips are more suitable for this.
In case of gimbal lock issues, when I animate i’m used to correct it with the euler filter addon. I’ve forked it from the “wesen” developer github repo, so that it does work with Blender 2.8x versions a few years ago, but I can’t take any credit for this, the main work is his. 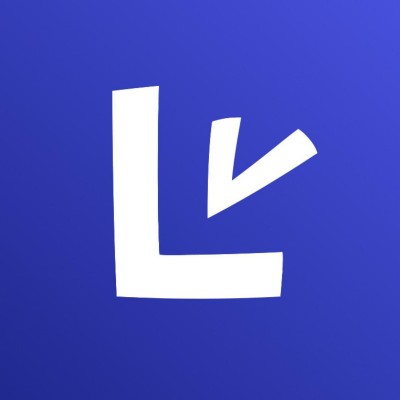 Blender Euler Filter. Contribute to artellblender/blender-euler-filter development by creating an account on GitHub.

Auto-Rig Pro 3.51 has just been released.

I tried it and it is working. Thanks

Thanks for the info and the link.

Can this addon be used to rig just a face?.., i mean, if i have a geometry that is just the head with the eyes and teeth but with out any geometry for the body…

It’s hard to believe that a hack like this is needed to make hair, but it certainly works. Thank you!

Thank you very much. But I’m still confused.
I tried to duplicate the bone with “E” key and export it to UE4,
but the added bone disappeared and it did not work.

I don’t think simple duplicating or extruding bones work in the Auto-Rig Pro as far as I know.
In the ARP > Rig > there is an “Add Limb” dropdown that lets you add elements.
Once you have it created, select any bone of the limb and hit “Limb Options” to set up how many bones and other available options.

For the Right and Left side bones move the bones slightly to the according side, select them all and use Armature > symmetrize command in Blender itself. If it crashes after that - just go to the Limb Option of the newly created bones and reselect it’s Left/Right alignment again. That should fix it.

I had an issue binding Mixamo bones to bones created with Auto-Rig-Pro Smart auto rigging solution.

I get the following error message:

Imported, but some preset bones do not exist in the armature:

I used the SWAT animations which aren’t prefixed with “mixamorig”. I tried to use the “Replace Namespace” to change to swat, but it didn’t help (this feature is completely undocumented btw).

My solution was to copy the .bmap file and replace all occurances of “mixamorig” to “swat”. Voila.

This however didn’t work even though I was able to copy rest pose. The final animations came out as complete garbage for the hands.

I was able to get everything to work, except arms IK. the ik targets do nothing, previously I solved it by by clicking the Snap-IK-FK button in the Blender Tool tab for the IK target. But I have no idea how to get IK to work with arms and use ARP Re-Targeting. I guess you have to import all Mixamo animations first, then change all IK as you want. I can live with that. Money well spent.

Is there any way to edit the remapped NLA tracks. I can’t seem to see any keyframes in the dopesheet editor, even when setting the action to active. Is it possible to “bake” out the action?

EDIT: I tried searching the documentation for “additive animation strip” but there is only one occurrence of the phrase, only mentioning that it can be used. No mention of why, how or where.

Yes it’s fully modular, for example it’s possible to add an “empty” base rig then add just a head limb.
However the Smart feature that automatically place bones only works with full human bipeds. Otherwise, bones have to be placed manually.