After the bind, I go into the mesh edit mode and manually select the vertices in some fingers and then select the vertex group and click “remove”, I did it a couple of times until the fingers are rigged perfectly and not affected by other fingers nearby.

Since I did not use the weight painting brush that have built in symmetry function, how do I mirror the hand vertices to the other hand ? Thanks.

Here’s how to mirror the vertices:
Go to Edit mode and select the vertex of the WRONG SIDE [DO NOT select the correct side.]
Menu->Mesh->Weights->Mirror
Check all four checkboxs, [which isn’t by default] DONE !

Sorry for the late reply. Thank you for the link, now the problem makes more sense, but I still think this is more of a bug than a feature.
Firstly, this means that any “undesirable” bone angle makes the rig practically useless. I know that in reality bones don’t really bend that way, what about some stylized character?
Secondly, these are FK controller bones that I print screened. If the issue is with the way IK chain is calculated, this should have no influence on the FK bones. FK bones should behave exactly like the reference bones that you set up.
I really think this should be fixed, since it is (imho) undesirable behaviour and can’t be controlled.

I also have another question: Is there a way to edit blend shapes on a linked armature while also animating it?

Custom bones can be exported:

Arms are by default in FK mode, see here to switch to IK:

a) It’s not a matter of a bug or new feature, it’s how it’s designed to work. If the IK bones axes don’t comply with the geometrical requirements, then snapping IK to FK or FK to IK will be incorrect. That’s the way IK constraints work. I would really like it to be more flexible too, but no other ways have been found.
The other auto-rigging systems I know work the same way. If you can find any that works with free IK bones axes and correct IK-FK snap, then I’d be glad to check for reference, maybe there’s a mathematical trick somewhere.
For characters that don’t comply with these geometrical requirements, then it’s best not to use the ARP arms, create a custom rig for the arms instead.

b) Shape keys can’t be edited as a proxy, neither as override unfortunately. That’s a long awaited and needed feature for Blender.

After the binding, I am able to move “c_foot_ik.l” and the foot Inverse Kinematic works !
But when I select “c_hand_ik.r” and try to move it, nothing moves, how do I get hand IK to work ? Thanks

Arms are by default in FK mode, see here to switch to IK:

Thanks for the quick reply.
a) Would there possibly be a way to adjust the control bone rotations manually after the match to rig?
b) That’s a shame, hope it gets fixed in 2021.

Is it possible to export the whole rig, with controllers, to Unreal Engine, is it possible to use Auto-rig Pro to create rigs for Unreal that would allow full character animation directly in the Unreal interface?

Controllers and constraints are not part of the Fbx format, it only stores deforming bones. There are rig plugins I think for UE, but never tested them.

Not sure to understand, could you clarify?

Okay, thanks for the reply and for the info, and yes, there are rigs for Unreal, the allright plugin seems good, thanks again and keep up the good work!

Okay, thanks for the reply and for the info, and yes, there are rigs for Unreal, the allright plugin seems good, thanks again and keep up the good work!

Allright Rig plugin has not been updated for more than a year.
I’ve been using that plugin but despite of my best efforts, UE4 is not dedicated for that.
There are many small features missing.

I would strongly suggest sticking to 3D software when It comes to animating.

Thanks for the reply, and yeah, it is more and more evident that UE4 isn’t build for character animation, let’s hope UE5 will change that!

UE4 does have a control rig, although I haven’t taken a close look at it yet. Do more with Control Rig with the latest updates in 4.26. This sample project includes the new Female Mannequin, the ability to convert animation sequences to Control Rig animation, and more.

Fingers can now be manipulated with IK controllers and a bunch of tools dedicated to ease fingers posing. This setting can be added on the fly, backward compatible with older rigs! 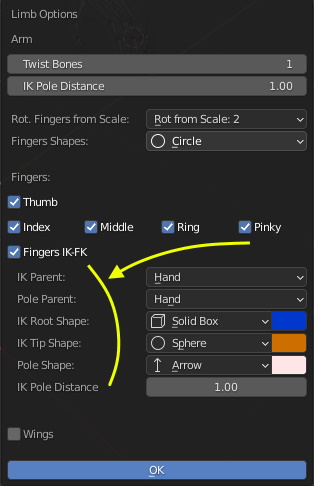 It’s now possible to export actions with custom frame ranges, and bake only the active action.

Thanks to Jesper for funding this feature request! 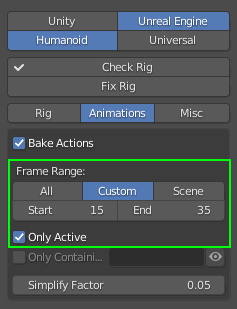 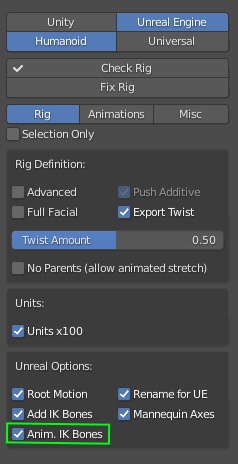 No options for facial animation in the build in rig, at this time the best all around solution is the Live Link plugin for body and facial capture!