Auto-Rig Pro is an advanced automatic rig addon for Blender, for bipeds, quadrupeds and similar characters. I first developped it for my personal use, and thought it could be useful to many, so here it is.

It includes some tools to quickly position the bones on the character model, based on a body recognition solver. 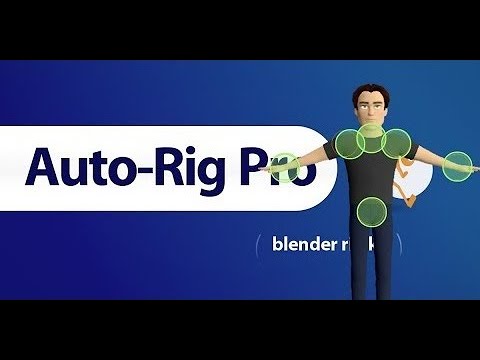 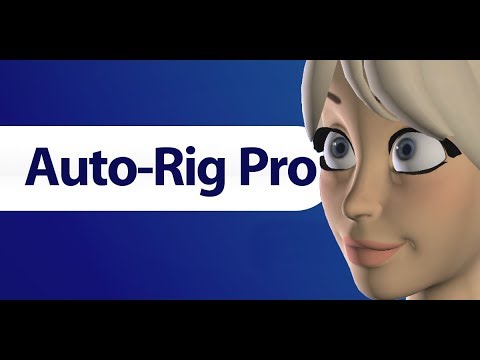 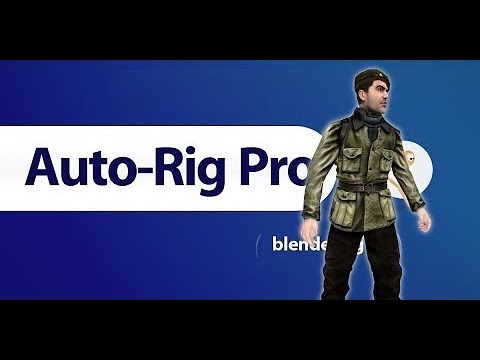 Can´t believe no one has replied yet… I´m not at a stage where I need rigs yet (modeling, modeling, modeling…), but when I do I need light rigs, because I want to be able to have intense fight scenes with 5-6 characters, and wondering if blenrig might be too heavy for me, so this comes in very handy to try

Sharing this resource is greatly appreciated, especially for the poor artist like myself.

It is very useful! It is possible to support game engine ?Like U4, CRYENGINE, UNITY ?

BrilliantApe: Thanks, hope this help. I’d advise you not to use any deformation cage, straight skinning is usually lighter and more accurate.

Wuren: No support for these engines at the moment, however i’ll make some experiments later. As far as i know Unity doesnt support natively bone stretch. I’ll check it out.

Super. Future of Blender for automation. Thanks

Thanks guys hope you’ll enjoy!
Thanks to RodDavis I’ve just deleted some unused constraints on the lips controllers. But I have a very poor internet connection right now, and for some reason I managed to upload the new file version on CGCookie but can’t upload on GitHub. Will do it asap.
If you’ve bought the rig on CGCookie just download the latest file (v1.6).

GitHub is now up to date.

So, I see a shop link and a Github link. Is this addon free or not…?

Then if you like this addon, buying it is still the best way to support. The customers automatically receive updates notifications when releasing a new version.

I read on the shop site that you were making an introduction video for this rig. Is that video still coming?
For now it is still kind of hard for me to see why I would ever want to use this rig instead of the already integrated pitchipoy.

All the bugs I found are gone and it’s working out great!

I read on the shop site that you were making an introduction video for this rig. Is that video still coming?
For now it is still kind of hard for me to see why I would ever want to use this rig instead of the already integrated pitchipoy.

Hey wiimote,
It’s still going! If you can wait until next week end, i’ll have a better internet access. Right now i can’t upload any large files.

Check the link on the first post, this question is precisely answered. Pitchipoy is great, but ergonomic bone picker, Ik-fk snap, more secondary bones on the body for fine pose sculpting, are some features you won’t find with Pitchipoy.

(I just realized you’re French. Now I’m sure you know what you’re doing.)

Hello Lucky, you did an impressive job on that script and I thank you for sharing. Nervertheless I’ve tested your addon and I have to admit I was hoping something more automatic. The rigging solutions like Rigify, including yours, have really improved the rigging task but the tedious one in my opinion is the right placement of the “guide” bones for an efficient automatic skinning.

I’d love to find a script where I would help detecting the important features like joints, (elbows, knees, wrists, finger joints, etc …) or facial features like eyes, mouth … by placing something in them. That could be an empty, a sphere or whatever you want, then the script would place the bones for me in the right places and positions. Don’t know if this could be really hard to code but I think it would be the ultimate rigging system.

Hey thanks for the input sr3d!
Glad you like it

I’ve been thinking of the automated body parts detections you suggest. It sounds very interesting, but well i think there are advantages and drawbacks of such a tool. It seems fast, but: setting up manually the reference bones should not be long, so we would save no more than 4-5 minutes of the rigging process with this tool.
Then, even with a very sophisticated algorithm, i have no idea how it would detect tiny details like the 3 bones position in each finger, since they should be placed according to the topology. And you know, some fingers topology mark the phalanxes with 3 tight edgeloop, some mark thel with 2, some don’t mark them…

So i am under the impression we would end up with something inaccurate that would need manual refinements. My two cents about it.

Well done on this rig automation, I cant imagine how much time and effort went into this. I’ve tried it out several times last night but failed to get it right. I guess its to do with the correct placement of the guide bones. Would you please create a tutorial video and also how to add more custom bones ie for hair. You have something great here and i hope it will grow from stength to stength. Please consider a bit more detail in your docs. Training vids will be so helpful.

I’ve tried it out several times last night but failed to get it right. I guess its to do with the correct placement of the guide bones. Would you please create a tutorial video and also how to add more custom bones ie for hair.

Hi Andrev,
Thanks for the feedback.
Please give more details, what is not working as expected?
A video tutorial will be available soon.