I revived one of my older projects – re-textured, sculpted, added SSS;)
I’m open to anything you have to say, so critique away. 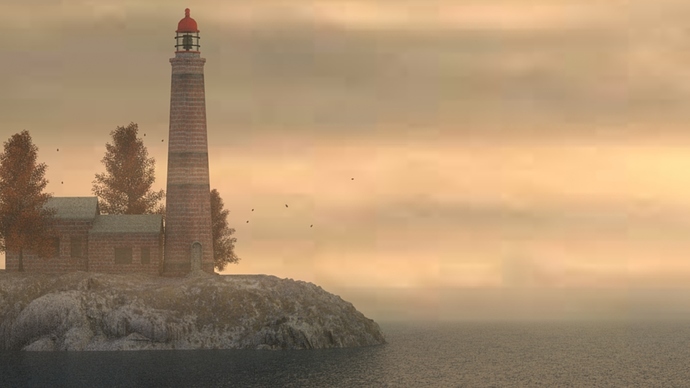 By the way, I’m already working on changing the sky (the one I have is too low-res).
EDIT: And also, those are supposed to be leaves blowing off the trees, but they don’t look like it. Any suggestions there?
Shatter (Shatter) June 13, 2007, 7:16pm #2

Nice, so far. invokes a peaceful setting quite well.
I’d suggest birds instead of leaves - the shape is recognizable in sillhouette.
The land-form is a bit too regular (did you use terragen for this or blender only?), I think adding some relief and vegitation to break it up would help. The water is good.
The buildings themselves look a tad flat - again, some relief in the form of fascias/trims, weathered shingles would be good. A bit of spec in the windows, too?

Wow i love the scene i dont know if you put "fog " around it or something but it looks really great.

I like this image. I really only have 2 suggestions. First I would add a soft, yellow/orage light on the backside of the lighthouse which would give it a bit of a rim light effect… I think this would help give your buildings some shape because right now, they seem a little flat. My other suggestion would be to add a displacement map to break up the line between the island and the ocean… I’ve only seen lakes that calm. If its a lake, it doesnt need a lighthouse =P

looks great its a lot better than mine. just one small crit. there is a gap between the tower and the building they are usually connected but i am not sure if you wanted them to be separate or not.

mack: I think I’ll keep the leaves, but it’s true that I need to change that transition.

Eku: Great suggestions, thanks. And only blender, by the way.

Here’s and update. I rendered it a while ago so you won’t see most of your suggestions YET;). I’ll be sure to get them into the next update though. 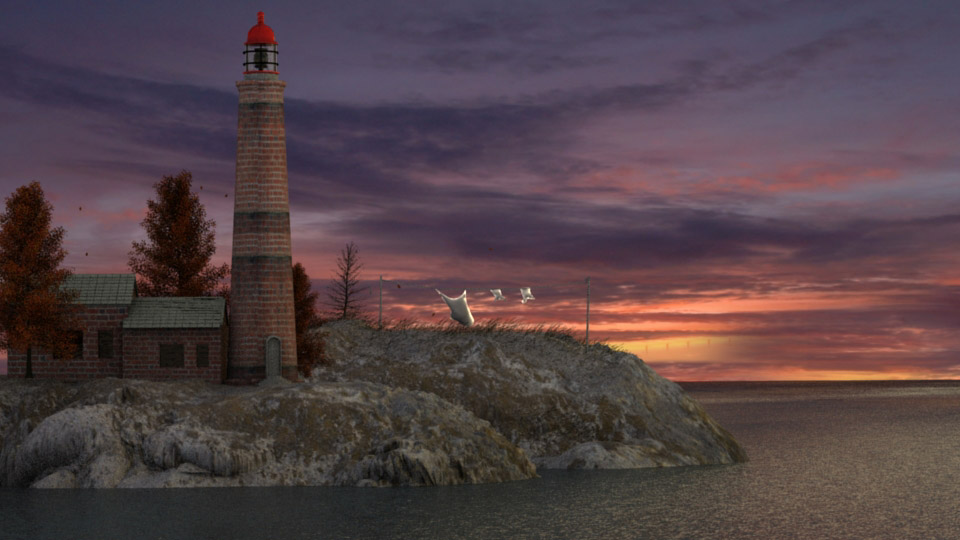 I accidentally disabled the mist here, but I’ll put it back.

sea is not real, make some various sea waves
maybe it can help you
http://www.blender3d.cz/?q=more

stronger bumpmap for bricks of building, maybe only on bumpmap use Yafray

bigger depth(at the back some islands)

sorry for my poor english :-/

Hey, its looking better ;), the trees look good, and so does the modeling, but the textures could be improved. Also the top red part of the lighthouse looks a little odd, i’m not sure what it is though, oh well :D, and the clothing looks lit up too much when compared to the background sunset.
Good job :yes:

Is there anyway to turn the first website into english?

Love the changes. Only things left to do as near as I can tell would be to add some displacement to the water, and lower the saturation (ref setting) on the top red part of the light house. well done.

It looks amazing! BUT there are 2 things.

but besides that its AMAZING!
happy blending

The top of the lighthouse looks like a pacifier. It looks a bit too bright.

Woops, a bit too much mist in this one:o 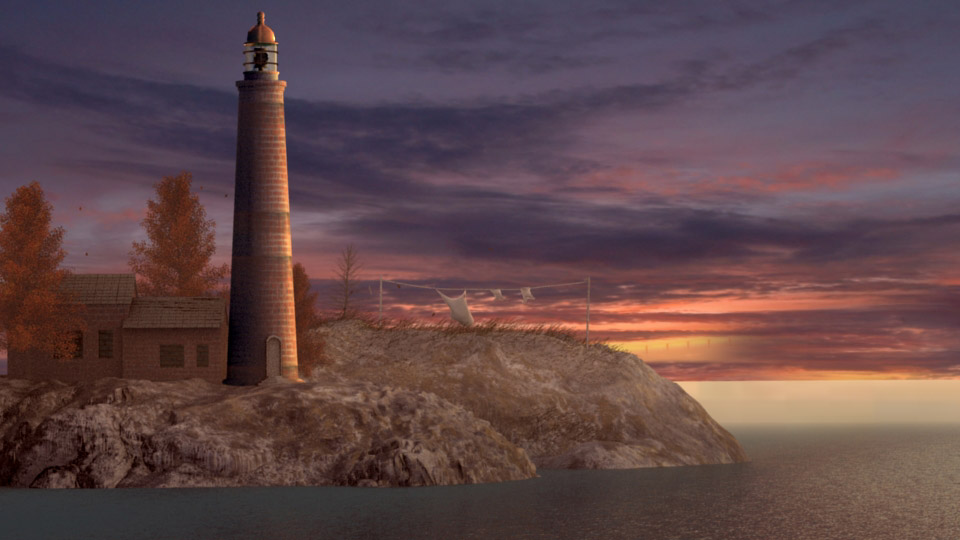 …But an update none the less!

Things To Do* (Man, I can’t keep up with you people

Update (many things still not done, but the renders take a long time) 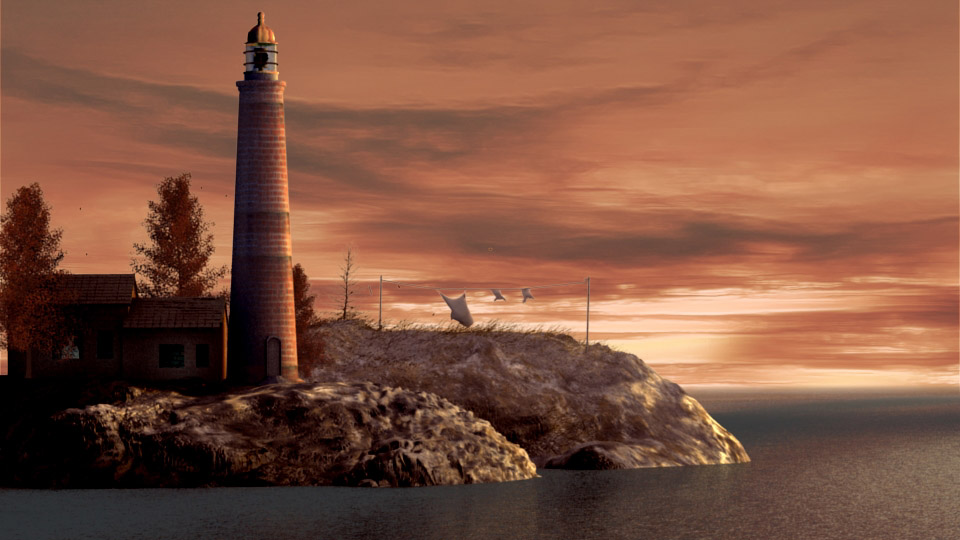 I would model a few large rocks to break smooth outline of the land. The land looks unnatural.

Its looking much improved, you’ve got a beautiful image going here. I agree with the others that the transition from land to sea needs some attention. Since you’ve got leaves and clothes blowing, there must be some wind, so the water ought to look at least a little choppy.

I love the rest of it, especially your trees and building, which look great.

Wow, impressive updates. Coming along very nicely. Its a bit dark, but then, I think my monitor is set darker than most.
I think you really, really need to give that water some life. I’m sure you’ve seen cog’s website, which, though it focuses on animation, is chock full of good tips for water creation.
And to the poster who said lakes don’t need lighthouses, ya gotta get “up nort” to Michigan! They’re surrounded by some pretty big lakes :yes: with something like 100 historic lighthouses. Sadly, the photos I’ve been able to find weren’t great, but here’s a start.
EDIT: heh, I see you’re from Canada…so, unless you’re in Windsor, exchange “up nort” with “down south!”