Average out the Product of 2 Vectors 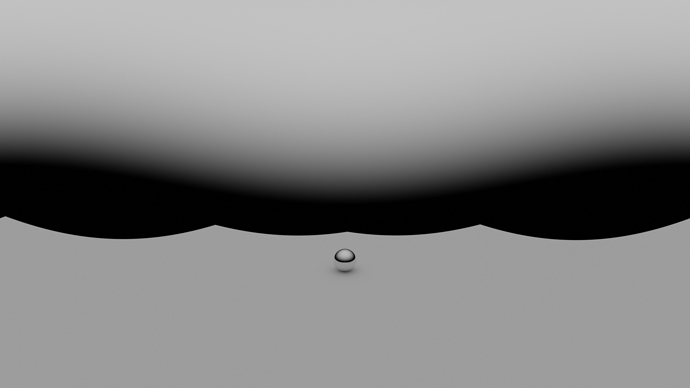 Thanks for any tips
Adrian

1st- Which vectors?
2nd- What exactly do you mean by ‘multiplication’? (dot product, cross product, or simple component product?)
3rd- How are you converting that multiplication into a factor?

Ähm… I hope this helps you

I hope this helps you

Nopes… it doesn’t help much, as I still don’t have any clue about the object you’re using, and what are you trying to accomplish…

But here’s the explanation:
The Object coordinates have a range that depends on the object’s mesh! Each point being sampled will have, as possible coordinates, something between the lower-front-left corner and the top-back-right corner of the object’s bounding box, using the object’s position/orientation/scale as origin.
This means that whatever comes out from the Object coordinate system is merelly a vector from the objects origin to the point being sampled (in object space). The Dot Product of that vector with itself is merelly the distance of the point to the origin squared:

and this is the same as the Pythagoras theorem in three dimentions… Dist(Orig, A) = sqrt(Dot(A,A))

So, the distance from the origin to each sampled point will vary. And distances bigger than 1 will grow exponentially (since you don’t squarerooted the dot product result).
But your color ramp makes a different interpretation of that result:
If the square of the distance is between 0 and 0.632, then the output color is pure white. If it’s between 0.632 and 1 it decays to black, and it keeps as black for distances above 1.

Since you now have something in a range of:

For example, making the last ramp stop a grey color instead of black, might «average» your output gradient (thought the term here has nothing to do with averaging)