Hi,
I’ve made concept animation of the Avon Magic Effects nail polish for my new project The Light Hill, which you can check out here http://thelighthill.com/ 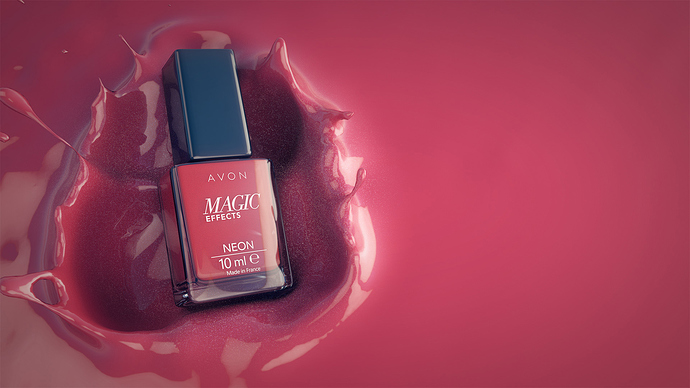 What I don’t like:
-Drop physics: When a drop leaves its original fluid, due to its cohesive force it tends to get a spherical shape as soon as possible. During a short fall, the drop’s shape is very unstable due to air friction, gravity and cohesive forces resulting in a continuous variation between (more or less) a egg shape and a sphere.

What makes me undecided:
Music

I know it’s impossible that little drop caused big wave… I did this on puprose…
Ye, I should render liquids with more fps.