Couldn’t get the 30 day free trial?

Say, If I buy it from steam would I be able to use everything + online library?
I heard if you buy it that way you have the same year online service? that sucks!
for example if I buy sub painter 2019 I have online functions till the end of 2019?!?

would love to know if it’s true or false.

Slowly but surely, she is showing her beauty

I think you’re at very good place, For modelling - - It makes a lot more sense, With a little Paint - -

you don’t need to add eye-lids, it’s just nicer now, for all viewers - -

Today’s log:
spend too much time figuring out the eyelashes. roots look ok but the shape needs more work.
worked more on eyes
worked a little on shaders and texture. 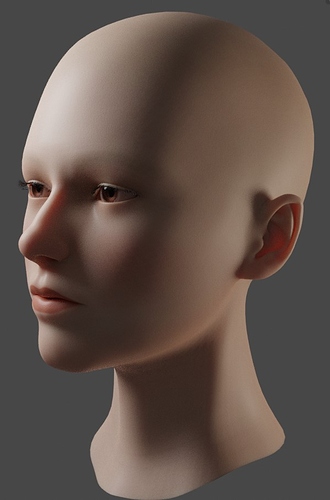 That’s coming along really nice!
Especially with the shader and the lighting, it’s quite soft and feminine.
Quite an improvement in comparison to the initial sculpt.

There’s one thing I feel you could do to make her look even more feminine. Shorten the length of the chin. Maybe something like this. 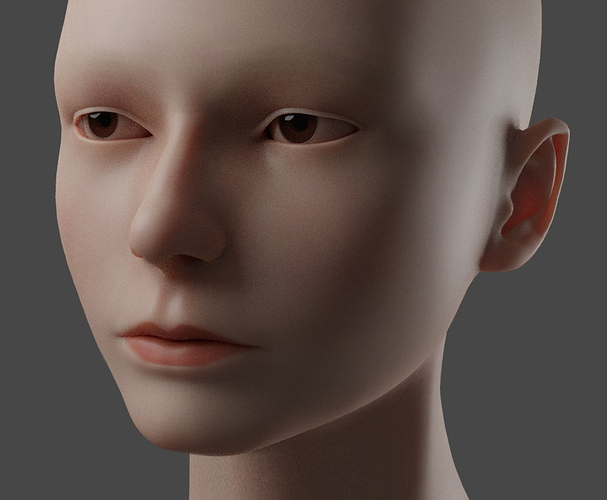 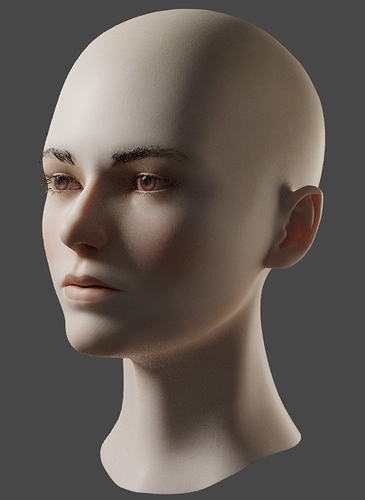 in general not happy with the model in this state. looks doll-ish as hell!

up next:
will make a copy mesh and start sculpting on it and will bake and deliver the results to this model.

Edit:
changed some colors in shader: 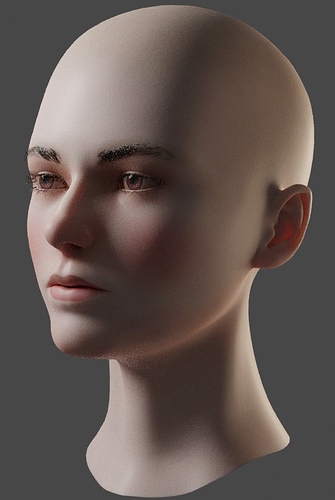 She’s starting to look like an actual person to me!

You know, maybe eye-brows was a mistake and, if you removed 30 - 35 % of cheek blush it’d look like mannequín-head, Nice model - -

Add a basic normal that I Sculpt. bit better. 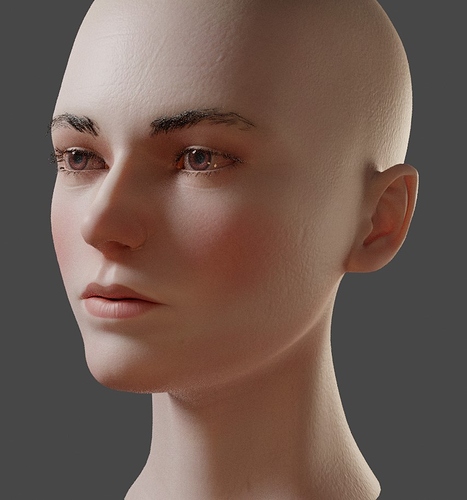 @yakuzakazuya ty. maybe you could suggest a hairstyle that suits her?
@Jasper_Brooks I’m thinking if the materials for hair are set incorrectly. And yes cheek blush is a little too much! ty. 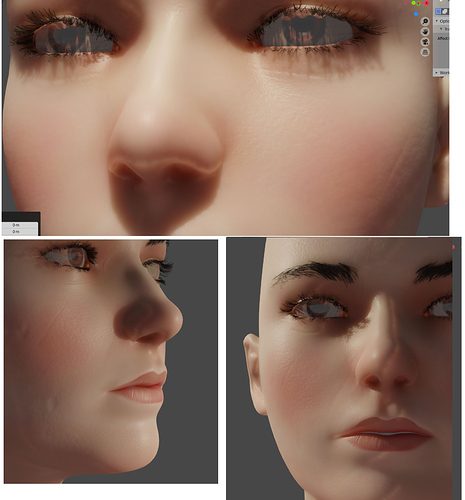 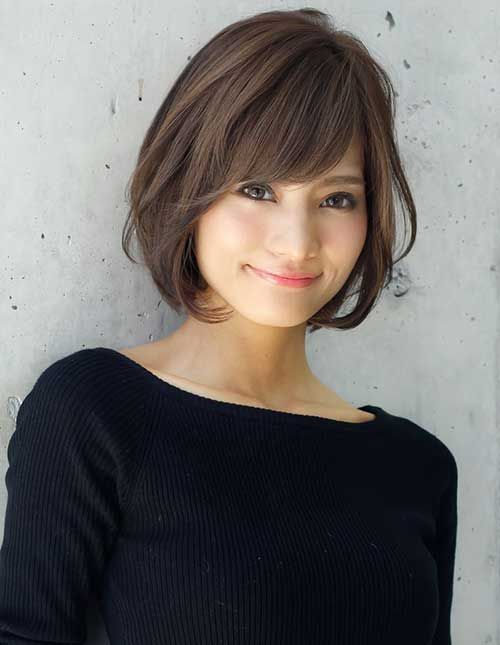 Cute hair! ty.
did a quick mesh placeholder… will try with particles this night or tomorrow. 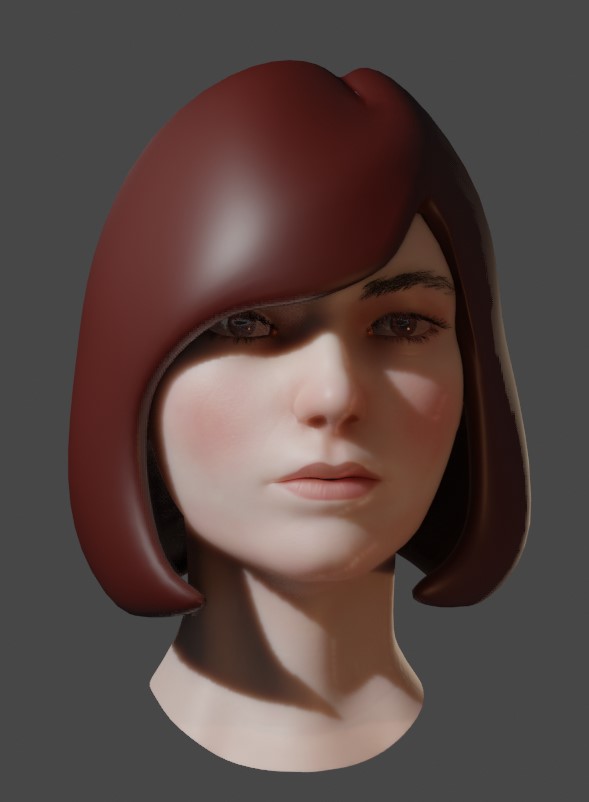 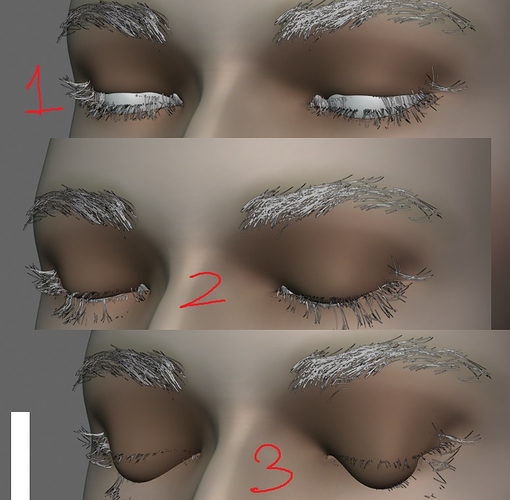 Edit: sorry about eyelashes they unbind themselves for some reason and a bit messy right now.

You know, I’d remove the eye-brows because, it looks too human and, keep the eye-lashes, lip color and, eyes - - so, it’s like you’re making a mannequin head, instead of a real human, for A study Or, project - -

emm… thanks!
Good thing the title is “The Human Project” then!

You’ve created a Almost photo-real human 3D character, I think you’ve done it but, it’s some-times easier to work on ’ objects ’ instead, of humans and, then adjust later - - the idea with adding a little color is, it makes a lot more sense, immediately - - if you removed the eye-brows, you have a nice mannequin head, you can store, in folder, for projects and, stuff - - 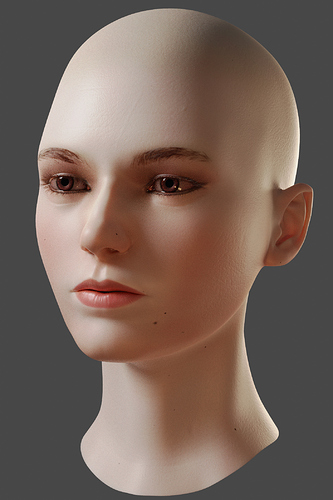 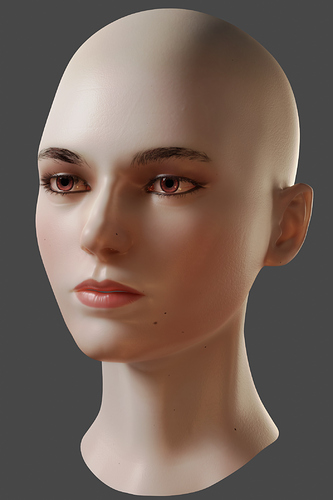 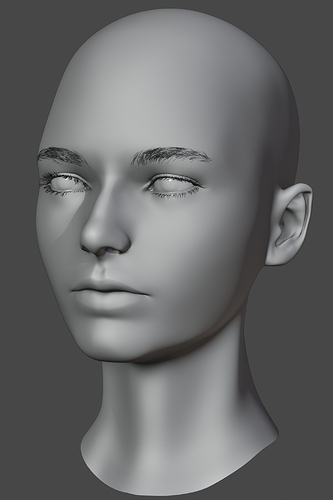 this is going slow… 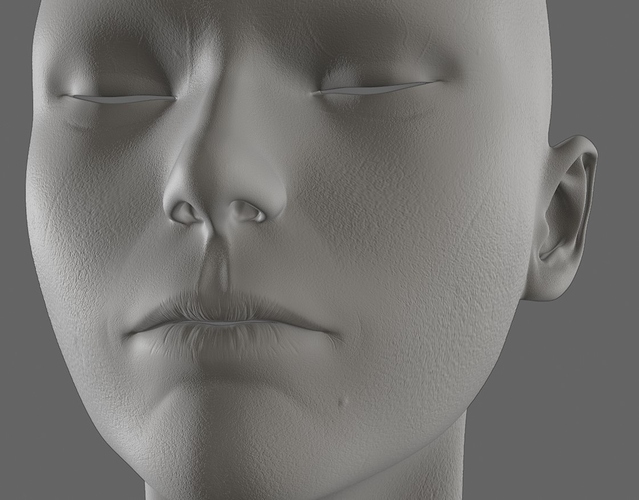