I baked normals . I made my image size 4096 and my mesh a very high poly but my baked normals looks bad. It looks jagged where the bevels are on a angle . I have adjusted every control in the bake tools. never had this problem with bevels that are square with plumb. can I fix this? 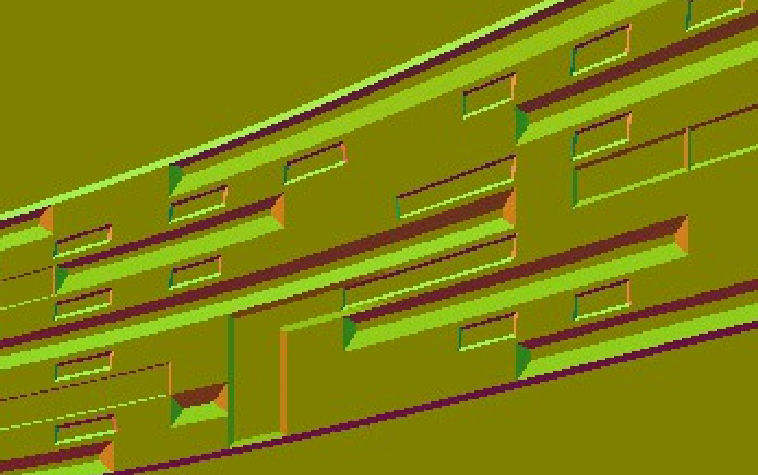 Can you reduce the .blend down to a demo and post it?

I do not have it anymore . It was just a flat plane inset extrude faces . I was making a map for a part of another model . there was nothing special about it. A very simple mesh. Ill do a test with default values . I think this is pixels at a angle or something.
Thanks

did you try adjusting the distance setting? the colors look all wrong.

Thanks. Yes I adjusted the distance . It was many things. I went to the model and used it to make the map . It was more work this way. First thing was sometimes edge split made it worse( this time it did ). and some tweeks helped but i did not get the fine detail I wanted so I plan to take the map to a 2d program and use it as a trace. This is a panel on a ship. one small part. I want a fine out line of a door and some open panels .
In Blender I just cant get sharp edges when I shape from straight edges to curved. But I can do it in 2d program.
OH ! ? Ill try to split the edges and smooth only the curved not the flat…Humm
Thanks Thanks

I modeled this on the model hoping to get the lines thin but they are thick . . I also want some greeble in the panels but I cant get the detail I want. 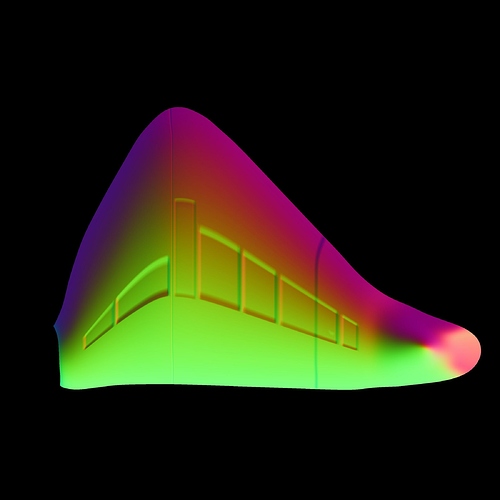