Back again, Trying for an Anime style, Again

I have not been here…in a very long time.
I started using Blender in 2012 with the hopes of making sort of an anime inspired webseries.
I had been discouraged from trying in the past but persisted anyway.
It really was alot of fun for a long time and once i moved out and got full time jobs and what not,
3D art really fell by the wayside and my motivation for it dropped until i havent done it in years now.

With the release of Eevee i have experimented with it a little to know i’m in love with it.

And now with this new trend of…Vtubers? is a thing? (I hardly know what that is right now but i know they got some great 3d models) I have been more inspired to look around and what 3D has been doing. I also found Dillon Goo, and a few scattered youtubers.

I have also recently gotten a new job that is helping alot with my mental state? Idk
But i havent had a hobby in a long time now and i think i wanna give this all a try again :’)

So i’m making this thread to try and help keep me moving because i feel like when others can check in on me i’m more likely to not drop it and give up.

So here is where i’m sitting right now…

I had a previous version that looked maybe a little better than this, but im trying to start over to use the methods people are using today so once i improve on those methods maybe it’ll be even better than before.

anyway,
im also gonna post links to the old threads i worked on so i can easily click back through them and read through old things i may have forgotten.

So here is where i was at before. This is right about when Eevee was released and you can easily tell that my new version i posted first is just an edited version of this one. The difference now is that im actually trying to use some textures. this older one has zero textures and is all materials.
The new one i have textured the skin which isn’t super apparent so far but so far i’m not sure if i like this approach. It probably wont make much of a difference until i texture the clothes too. The new clothes are based off an old game character of mine in an MMO and since it’s so old there isn’t a whole lot of room for detail so im gonna need to figure that out a bit still. And lastly the eyes are that inverted eye socket method i learned from the Vtuber avatars where it’s an illusion of having a white eye socket and a floating pupil infront of it.
I believe this will help alot with blinks and other expressions, but i think i need to do more work on it.

I’ll wrap it up for this first post. I already feel like i should just erase all this and forget i typed it, but i need to persist on this so forgive me for posting

The next things i’m going to work on is tweaking the face some more to look more stylized rather than just the absolute basic pieces.
Try and add more details to the clothes and texture it,
find out how i want to add a fluffy parka to the hood,
and look into options for shading and rigging.
I use to like rigify but i think it’s too complicated in the end. I’m wondering if i want to make my own rig with custom bone shapes or see if i want to try out that auto rig pro add on,
And eventually i want to try a new facial rig that isnt based on shapekeys. I like the result you can get from shapekey face rigs, but i feel like it is limited in feeling like it has life when it’s done.

Anyway, thanks for stopping by

Alright! Finally the weekend and i can do a little working on this again : D

So during the week i’ll watch some videos here and there and let me tell you, anyone also working on stylized characters i found a tutorial that definitely deserves your attention. 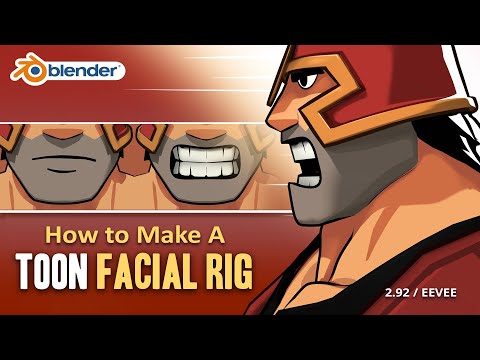 This is incredibly powerful and super creative on how all the different components are mixed together to create this affect.
Plus once the rig is set up its pretty easy to understand and manipulate.

I did not follow through completely with this yet but i did enough testing to have some thoughts on it. I had to turn back on inverted hull outlines which is something i wanted to do eventually but i need to learn how to do it better in these newer versions of blender.
Anyways. here’s my thoughts on this method.

This is amazing for simplicity and power.
For my model that i’m using, it still was modeled to rely on physical shapes to create some facial features. mostly in the eyebrows. I probably could flatten out the whole face but i worry how that would affect the side silhouette

all in all i think if i worked out the eyelids too and worked it into the final rig to move with the eyebrows too it could flow pretty nicely.
I should point out the pupil is just what i had before shrinkwrapped onto the eye but i had trouble making it look right when movinging the pupil so i decided to rotate the eye itself with the pupil following with a child of modifier.
I didnt shrink my sphere into a flat surface since my face wasnt a flat surface so if you needed to make the eyeball flat and still rotate the eye instead of just moving the pupil around you would have to work in a lattice deformation modifier into all of this too.

Moreover, what i’m excited about is this method of operating the mouth though!
you could create any shape for how the lips are contourted just by using shapekeys or bones on the boolean controller for that and so long as i can find out how to keep the inside of the mouth a dark red color instead of just the skin texture if that makes any sense.

So yeah very powerfull! just needs more tweaking than what i put into this.

I also tried to draft on paper a little bit how i could make the clothing a little more detailed because i feel like that would help my model if the clothes had more detail but that’s still in progress.

Edit:
Okay yeah i added the eyelids and made a face other than the Pog meme and this is awesome o:
Just gotta figure out how to make the outlines behave better