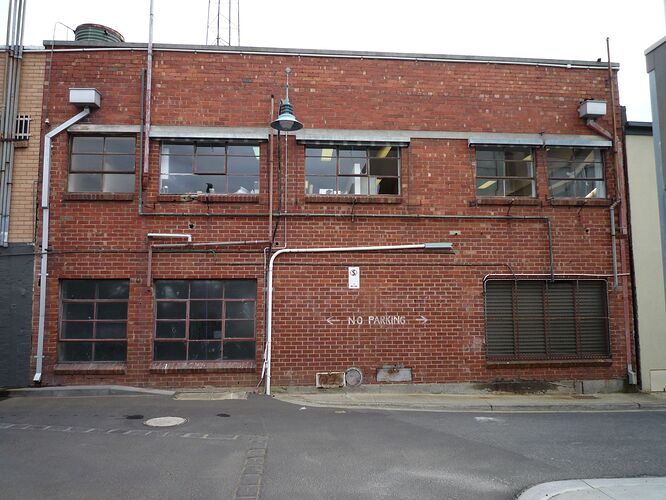 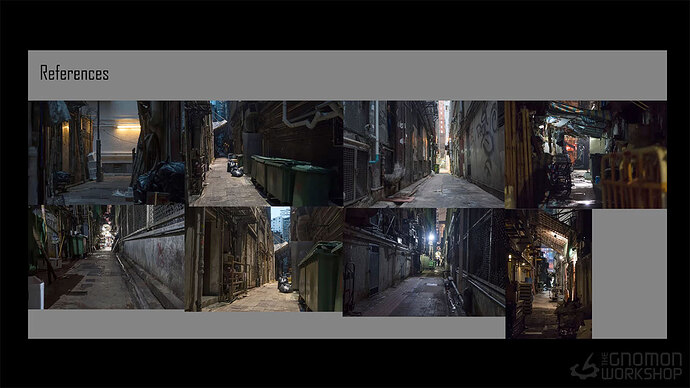 Environment Creation for Film and Cinematics | The Gnomon Workshop

In this workshop, environment artist Olivier Dubard goes through the process of building an environment from concept to finish, using a wide range of software including SketchBook Pro, Maya, Photoshop, ZBrush, Mari, V-Ray and Nuke. These chapters...

but the detailed modelling has always put me off. I’ve decided to bite the bullet by starting with something simple, reproducing in 3D the above photo I took a few years ago. After that move on to something more complex. 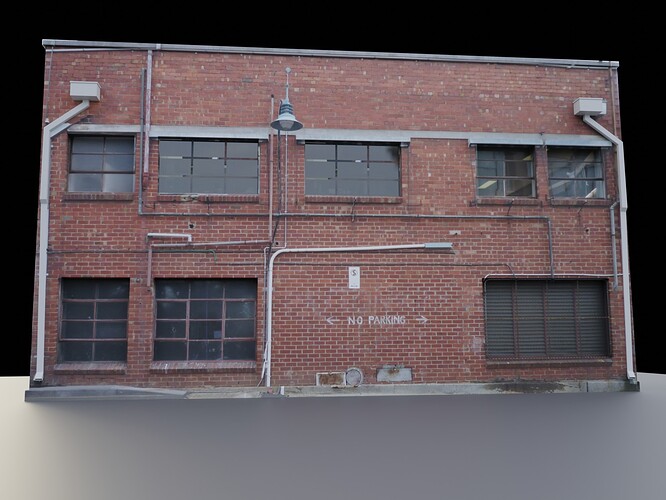 I used fspy to set up the initial scene and UV Project to texture the geo with the initial photo. As I create elements I’ll paint them out in the texture. You can see upper left where I’ve started to paint out the spouting now that I have a model in place. Just a rough start.

I managed to make a decent bump map for the wall (in Krita, but still needs cleaning up) by using a couple of Threshold filters, one for the bottom half (inverted) and the other for the top half, given that the mortar at the bottom is lighter than the bricks and at the top it’s darker. The result is quite good, a bit exaggerated here to show it off. 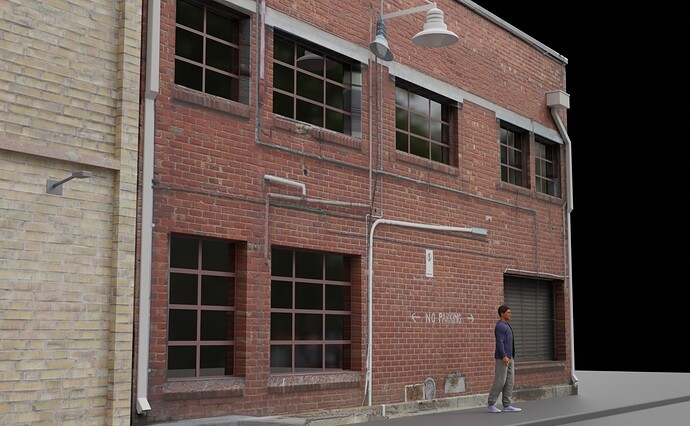 I’ve done a bit more modelling. Still need to paint out some features such as the street light and spouts on the diffuse map

Most of the ‘Back Alley’ images I’ve seen appear to have a lot of changes over the years. I was looking for an image that didn’t have too much ‘stuff’ going on so that it was at least achievable with my current level of patience. I haven’t used curves/paths a lot in the past but that’s changing… 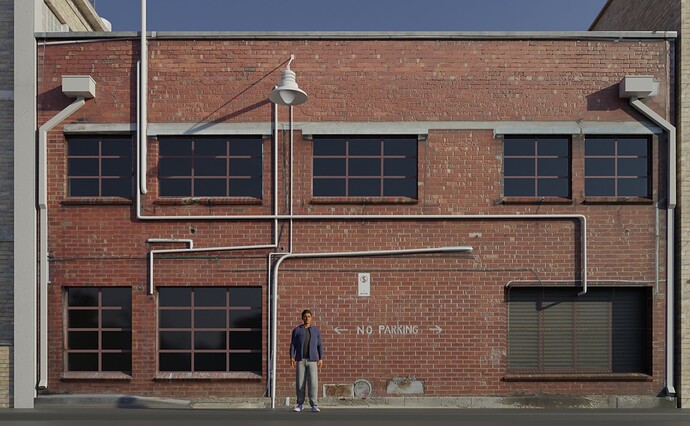 A bit more modelling to do, a bit more painting out on the diffuse, and bump needs attention, but I’ve already got a lot out of this little study

And textures on all the pipes, cables and ducts of course.

Cleaning up the bump map. Done enough for today. It’s a bit tedious but I’d rather use the photo than a procedural brick texture. Just looks more real. 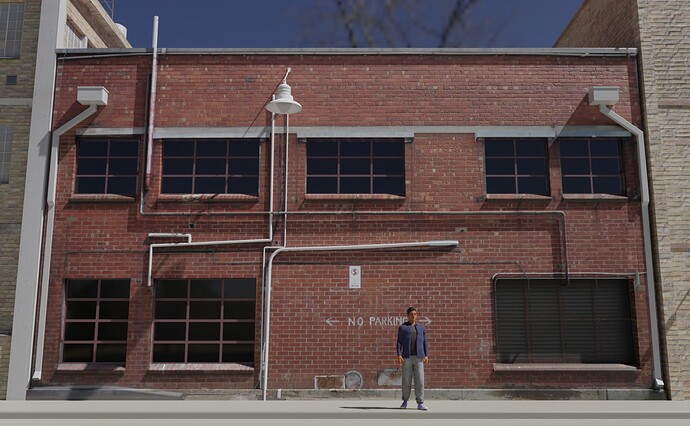 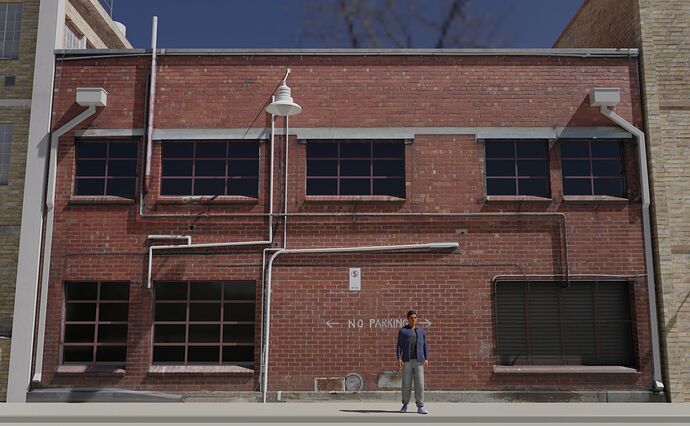 Tried a different approach to fixing problems - touching up the render rather than fixing the bump map. I think I’ve got what I wanted out of this exercise, and probably won’t work on it further unless I actually use it in some image.