When i bake ambient occlusion do i have to put up all lightning as it should be or can i bake it with no lights? was wondering if i could texture all props and bake before i make my scene… Thx if you reply

AO is not affected by any lights you may or may not have in your scene. You can safely bake out your AO without having your lighting setup. Just make sure your scene itself is setup as it will be in your final render.

So you meen the baking of ao will be affected where all items/props in the scene are?

Yes. The AO on an object is affected by other object near it, I’ve included a render to demonstrate this. There are no lights in this scene, just AO. 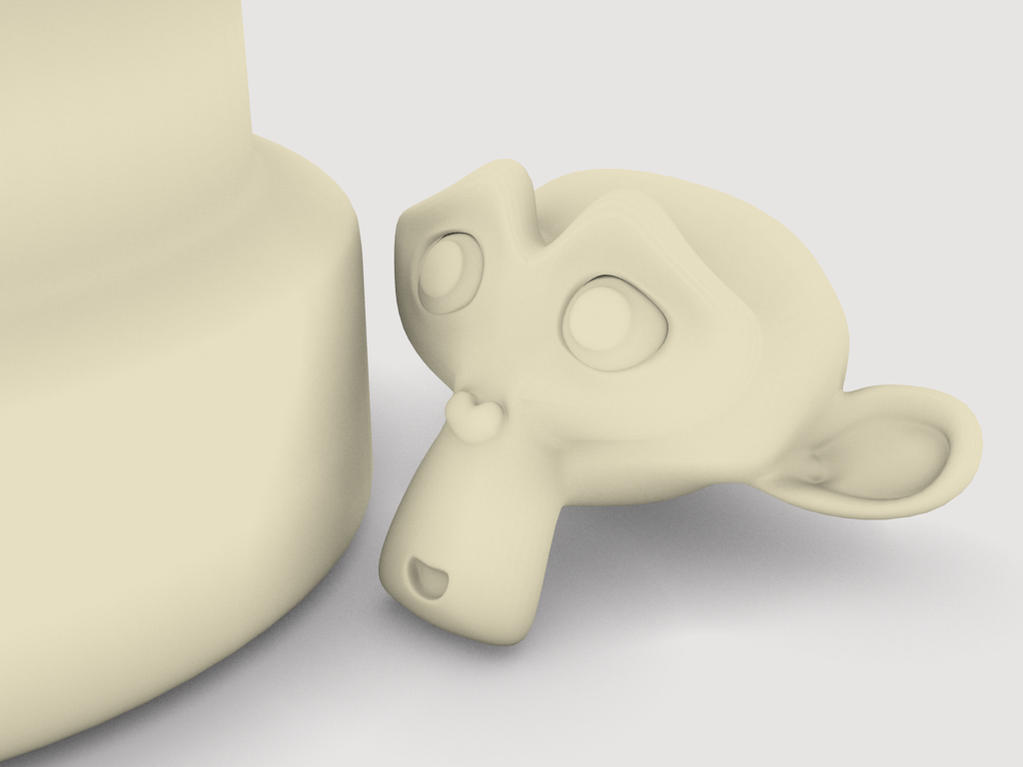 Ya its true, I tested it. AO can be baked without light. But most of tutorial on the web talks about baking with light to reduce render time. How would you use this AO feature?

How would you use this AO feature?

But why does everything light up when using AO. if i want AO in a scene with my own light setup it dosent work to enable AO. or well it works but everything gets super bright. anyway to work around to ONLY get the shadow system that it does.?

You can always pick “Sub” option under AO to make it darker. To work around not using AO, you will need at least half a dozen low intensity lights with soft shadow all around the object to get that defused lighting. Believe me it is lot simpler to just use AO.

AO or ambient occlusion basically floods the area with ambient or omni directrional light. The occlusion comes in when ambient light is blocked by other objects or the shape itself. This is a simple answer on how it works.

You should be able the reduce the ambient amount (not sure which version you are using) so that you don’t over saturate the white light too much and still have light effects. If you are baking AO, you can play with the multiply and add fuctions and then apply the map to your objects. In your scene light the way you want, but remember that if you didn’t bake all of your objects together, then their effects won’t show up AO style. If your scene is dynamic or in motion, the effects won’t show on the baked surface unless AO is used in your scene at render time, but you will have shadows of course.

AO is good for showing subtle detail and shadowing that gives depth, at the same time giving a radiosity (global illumination) feel, with out the benefits of actual GI, or the versatility.