I’m working in a texture baking solution with denoiser integrated that can apply denoise filters considering the object mesh of the texture (solving problems with darker borders and incorrect sharper areas in comparison with direct 2D denoising). 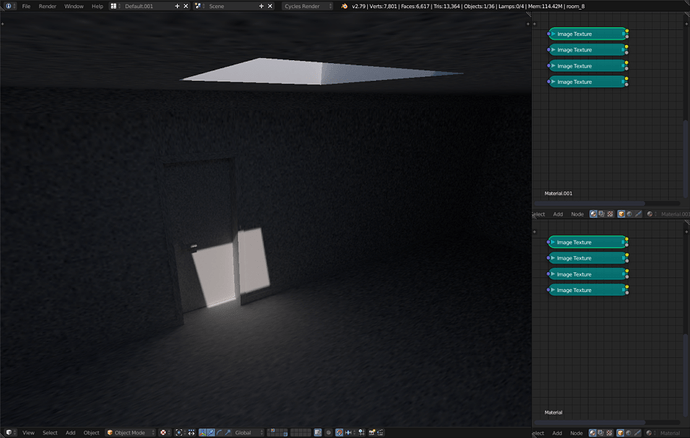 It was implemented in C for performance and the integration done using the Blender Python API.

This is really really useful to me! Cant wait to see if theres any progresss!!!

The add-on is currently working, just needs some tweaks, I’m using this for a game:
http://vcasagrande.com

Thank you dksloane! I’m probably going to release the add-on this month, I will PM you before.

Yay, it will be very helpful - from “Denoising cannot be used for baking yet.” i assume it’s planned. Tho not likely with “a” release, but most probably for 2.8. Have you checked with dev (blender/cycles) about the road map?
Otherwise, keep it up

^^Sounds good! Look forward to it.

^I also have this question…

I’ve checked 2.8 road map and source code at “blender2.8” branch, and no traces of it, I think they probably will implement it sometime (maybe this add-on can help with it), but not in 2.8, there many other priorities.

Also, the add-on have another key features for texture baking that are currently working and were used to bake the level assets of the prototype at “vcasagrande.com” ;D

This is awesome! I could really use this and would love to help you test this out

Is there any chance to see your C-code before Blender release and, maybe, compile as some dev version? I’d like to test it, as I am interested in denoiser for baking long enough, but for now only using own-implemented filter-like algorithm for denoising resulting lightmap.
If you don’t mind, of course.

We’re almost there! The Batch Bake UI and denoiser optimization are ready. 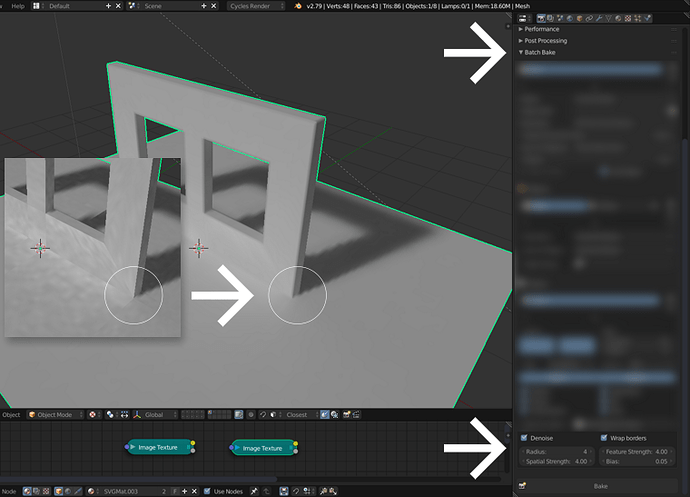 To make the baking process easy, and already including denoising, I’ve developed the add-on “Batch Bake”, it also comes with another features like “Wrap borders” to solve artifacts near the mesh edges!

The denoiser, initially when it was a python script the test unit took minutes to get a 512x512 texture denoised, with the kernel ported to C it took 15 seconds, but now with the denoiser rewritten as a standalone the same test run in less than 2 seconds!

I’m making the effort to release the Batch Bake and the denoiser with a tutorial and documentation at January, 10th.

You can be notified subscribing on this thread or my YouTube channel.

Very impressive work! Beyond hyped for this…

Thank you for the feedback!

An alpha version of Batch Bake and Texture Tool will be released very soon.

(I’ve found some issues testing on big scenes, so I cannot release now)

Hi,
Are you planning any upgrade of yours addon to blender 2.8 .

Hi,
Yes, including compatibility with the collections in Blender 2.8