This difference is related to Cycles/eevee rendering

Is it possible to have eevee results? since using eevee is much faster to iterate? 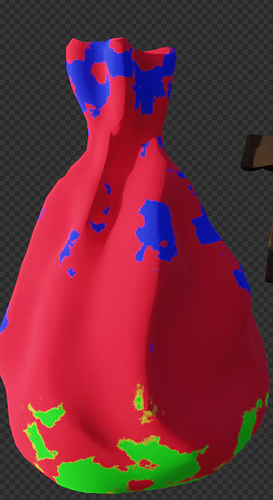 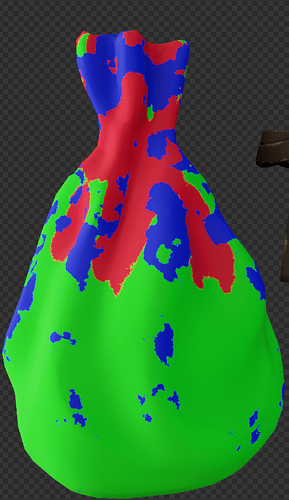 You happen to figure out if the baking slow down was the addon or cycles-x ?

The issue is almost certainly to do with tweaking cycles-x settings to get better speeds. I don’t currently know what the best settings are. You can experiment by enabling the ‘Use my Settings’ option and trying different things.

This difference is related to Cycles/eevee rendering

Is it possible to have eevee results?

Unfortunately it’s not possible to bake using Eevee. All your materials nodes are supported, but you will get the Cycles result. There isn’t really any possible solution, since no one has written a baking pipeline for Eevee (and I’m not sure they ever will).

I don’t believe the main drivers of Blender development actually use it for baking (which is fair enough, since the base line baking is horrible). So only the features they use really get a lot of development. Of course someone could make a baking fork if they have the time to work on that for free and eventually get it merged…

Any way… I don’t have any planned changes now. I will review things again when Blender 3.0 is released.

will review things again when Blender 3.0 is

Don’t worry, Its clear that Bake Wrangler is doing a great job and I should look into organizing my shader nodes to give predictable results in eevee. If I really want to work with it,… Thanks for explaining all that.

Thanks for the amazing addon! I am using 1.2 RC2, and it works great, but for some reason the Masking does not seem to work at all. Or well - it does, but sometimes a smaller part in the bake will be left out. of the bake. This is quite frustrating especially if the previous bake went through (different settings) as then the masking will just make that part of the bake not update. So I am problem solving an part of the mesh and then when I rebake it simply does not update. I wonder if there is some magic setting I am missing here? I have separated the bake to several recipes, and then have Masking enabled on all of them.

Another suggestion - which I think was made a lot, would be to have some sort of “list of bake-pairs” be bundled together. Or even have a toggle switch on the Mesh panel to make it be part of ALL the bakes in the recipe. Therefore for these simple bakes (Normal + AO + Object ID), we wouldn’t need to drag lines from all of the meshes to all passes… but simply the recipe would bake all Meshes on all passes? Does that make sense?

Mmm, do you actually need to use Masking? It’s not required unless you’re trying to bake to the same image with multiple different passes. It’s very rare to need it. Also it seems quite odd that you would lose small parts, if you increase the image resolution used to bake does that fix it?

You can automatically pair objects by doing some name matching via the ‘Sorting’ node. So long as there is some way to identify the source and target object by their names. That means only 1 node that needs to be connected to each Pass. The ‘Sorting’ node can also be used in ‘pass-through’ mode which just bundles your Meshs into a single node path too.

What ever is going with your Meshs, the ‘Sorting’ node should have you covered.

We have mesh with like 30 different parts, so we divided the scene to different recipes. They still bake to the same image, so if we just hit bake on one of the recipes, it will overwrite the stuff done by the previous recipe. So in AO pass the ares that we did not bake to end up black. Which is weird because we do not have the CLEAR turned on.

I did not know about the Sorting node

Only thing lacking there is that for many parts I will want other objects to affect it (like for AO I want the other parts to shade it). How would I solve that? If I add all of the parts to a collection and then reference that, then the AO pass will end up black - as the SOURCE mesh will be included “twice”. Or was this fixed in the current version, so that the source meshes will be removed from the scene collection before baked?

Okay yes, if you use different recipes then you need the masking turned on. Though you could make it all once recipe if you wanted and then you wouldn’t need it. It’s difficult for me to really say why you would be losing masked portions.

It could be that the area doesn’t have enough pixels? Increasing the image size and/or increasing the margin should resolve that.

The other possibility is that some part of your model is generating a masked area that overlaps with another part, and that part is occluded. Changing the order in which you bake the parts or doing them one at a time should show if this is the case.

There may also be a bug in how the masks are being combined if a single pass is generating multiple masks. I don’t think this is the case, as combining them is a pretty simple operation, but I can’t rule it out.

I don’t believe having the target object also in the scene input causes any issues. I honestly don’t recall if that’s because I remove it or if it’s just because it’s actually safe to bake that way (I would have to look over the code). Give it a test and see if that works. If it does occlude itself we can think about if there is actually any reason to NOT remove it from the scene, assuming it doesn’t already do that

So in my tests, if you’re using a high to low poly workflow, including the high poly model in both source and scene causes no issues with baking AO. If you include the low poly (target) in the scene then it will cause problems in that sort of workflow. But it’s safe when using a mid poly workflow.

I’m not sure there is any reason to do that (I can’t see why you would include the low poly in the scene except by mistake), but I can certainly add a check to remove the current target from the scene if it’s there (this is done for source already, unless the source and target use different UV maps)

Is there anything in BW that people would like to have a tutorial/how-to/example about or think would be a good candidate?

Thanks for this very useful addon.
Everything is going well with Blender 2.93.
I tried to use it with Blender 3.0 beta.
At the moment, only the Blender Combined pass is not working.

Hi, thank you very much for the addon I am very happy with this.
but there is a question. how to work with udim. I’m trying to bake a diffuse from one mesh with different materials. when baking udim something is wrong. it would be great if you could help me with this. 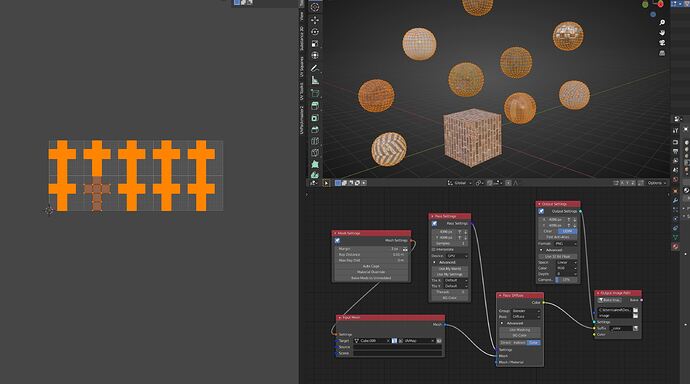 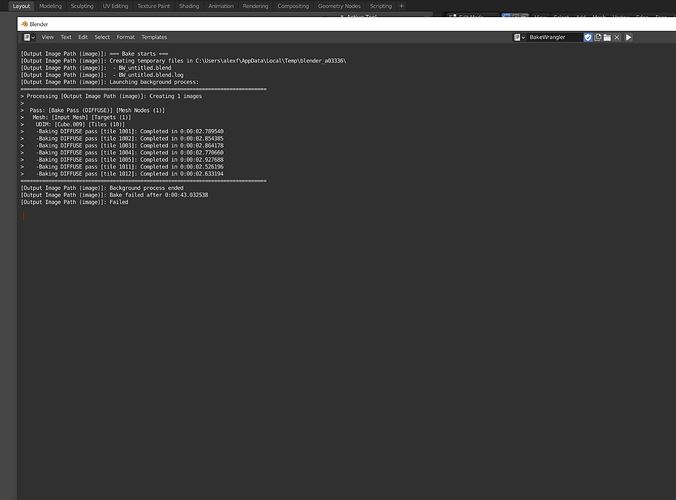 Also if you’re going to use it with 3.0, turn on debugging in the preferences and send me the log files if it fails. Even if there isn’t a problem with the addon, it could reveal bugs in blender that need to be reported and fixed.

later I separated the object by materials and everything baked properly. thx

how to setup the if i want to bake from one uv to another?

Set target and source to the same object and use the button next to the object(s) to set a different UV map on them.

If you have things crash I would like to see logs…

Do you get this problem if you change your hardware settings to use CUDA?

It seems to be a bug then, but I would need your blend file to work out the cause. Can you send it to me (delete anything in it that isn’t relevant)?