I’m just getting acclimated to using 2.57 after using 2.49 for a long time. I created a high-poly and low-poly model and tried to bake a normal and occlusion map. The bake worked, but this is what I ended up with. I’m sure there’s a simple explanation for this I just can’t figure it out. I’ve attached my normal map. I can’t figure out what’s up with it. Help? 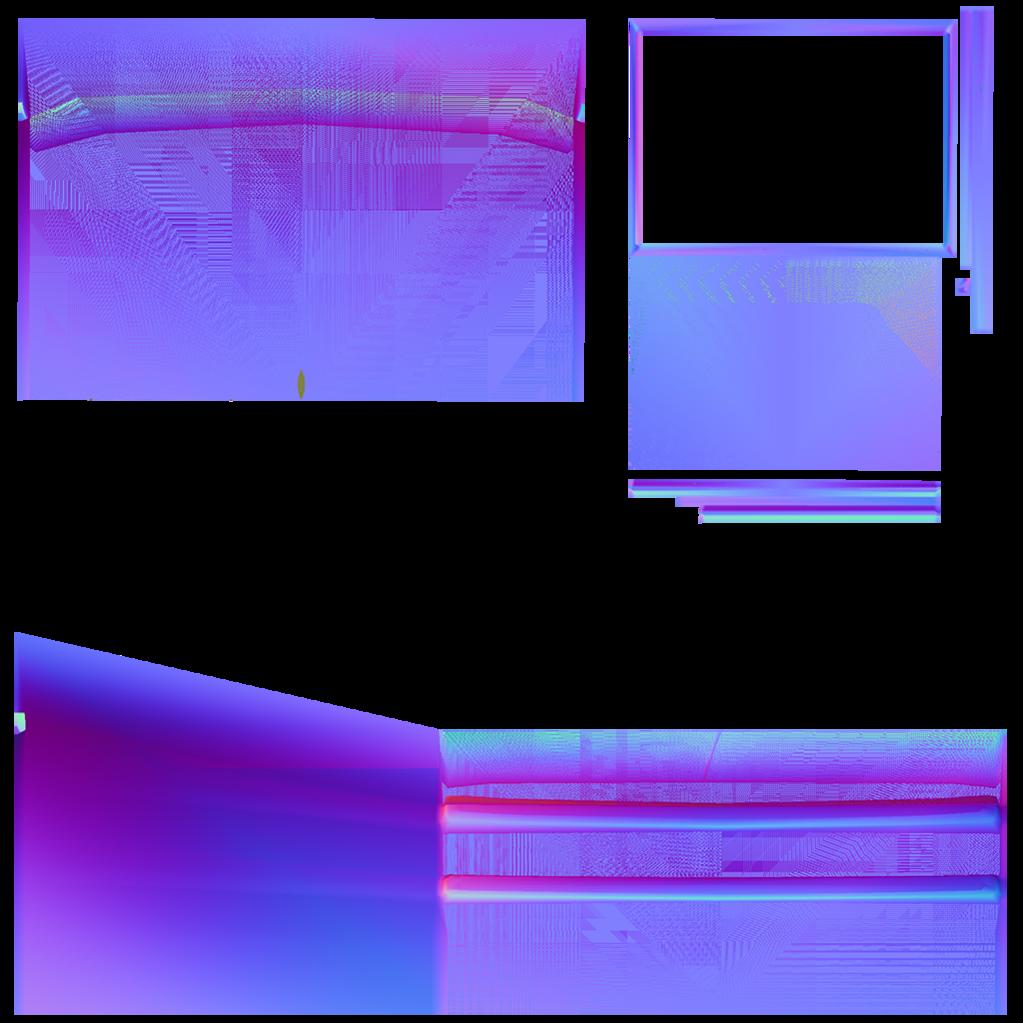 Very strange, do you have any overlapping face in the UV ? Or are the normals in both the high poly and low poly models correct (if not have you tried to recalculate the normals before baking ?)

I just tested the normal baking on 2.57 and a high poly/low poly model of mine and it seems to work for me If your UV does not have overlapping faces or if both models have correct normals, maybe you should try to upload a .blend for someone to give a closer look, at least only the part of the model that will render the normal that wrongly.

That makes sense in a theoretical way, but why can’t I have over-lapping UVs and how do I solve that problem? I’m doing a low-poly model with several objects on one texture map, I need over-lapping UVs.

I don’t know how your models sharing that same texture are built but there should be some workaround.

A car with 4 wheels that has every UV (car hull UV + wheels UV) on the same texture map for performance reason.

To have more place to work, the 4 wheels have their UV overlapping each other, so they use the same zone of the texture map.
There is no problem with this.
But now baking normals from the high poly model of the car onto the low poly will create problem, because Blender will overwrite several time the wheel UV on the map and may then create something rather bad.

A possible solution then, for the baking process only, is to delete 3 of the 4 wheels on copies of both the high poly model and the low poly model.
This way there is strictly nothing overlapping, and the normal should be baking correctly by using those edited models.

Same case if it was a building with several walls that would be overlapping their own UV because they would use the same part of the texture. Just delete then every walls minus one of both high and low poly for the normal baking should solve the problem too.