Baking normal map issue (result is not as expected...)

Okay, I really don’t know what the problem is anymore.

I am working on a giraffe and for some reason the normal maps are out of control. I think it has something to do with the tail but I really don’t know what the problem is.

Let me give more detailed information:

And now we’re here. Stuck. Let me show you what the result of baking a normal map is: 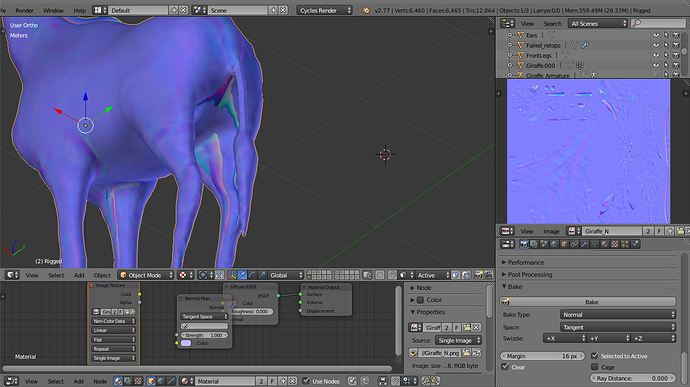 So it looks like blender thinks that the tails are “displacement” on the legs or something, and so are the legs for the other legs. Is there any way to avoid this issue or is there something else going on and can this issue be solved?

Is there any information I forgot?